“THE GOVERNMENT’S OBLIGATION,” OR OUR OWN? 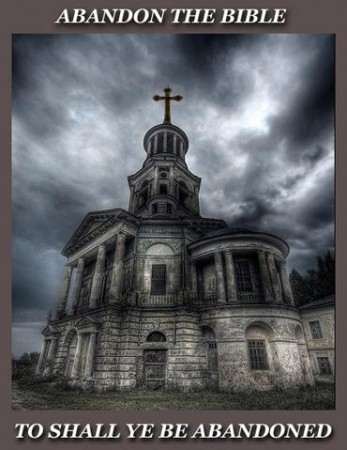 (Aug. 24, 2015) — There are those who believe I am a whacko, right wing, uber-conservative Christian. Well, I wear that label with pride because it means I actually know, and believe, what God says in the Bible. It also means I don’t accept the Progressive Christian alternative that preaches social justice in lieu of biblical truth.

Why? Because those who pastor in a “church of nice” are on the wrong side of social justice. Social justice becomes their mantra, their call to action, their primary reason for being. For them, not addressing evil, which in this context is akin to being politically correct, is the “nice” thing to do – and it doesn’t rock the boat.

And that, my friends, is the biggest threat to the Christian church. I have been saying for years that there are two versions of social justice – Biblical and Progressive.

Biblical Social Justice requires us, as INDIVIDUALS, to seek out and help the least of our brethren, using the time, talent and treasure given us by God.

Progressive Social Justice defers helping the least of our brethren to the GOVERNMENT. Let IT determine who they are and how much each should get. No personal responsibility required.

The Parable of the Sheep and Goats found in Matthew’s gospel explains the difference. At the Last Judgement Jesus will separate us into sheep and goats. He’ll tell the sheep they are the chosen ones because they cared for him when he was hungry, thirsty, a stranger, naked, ill and in prison. Surprised, they will ask, when did WE do this for you? When YOU did it for the least of my brethren, YOU did it for me He will reply. Note Jesus is saying the chosen took personal responsibility to care for the least of their brethren. This is biblical social justice.

Jesus then excoriates the goats telling them, when you did not personally care for the least of my brethren YOU condemned yourselves. We know, because they call Him LORD, they were believers. Perhaps they didn’t feel responsible to care for the least of their brethren because it was the government’s obligation. They felt justified deferring individual responsibility to a nanny state. This is an example of progressive social justice and according to the bible those following it are doomed.

If you attend church, listen to your pastor’s homilies. Do they advocate collaboration with secular humanists in the name of social justice? Do they push socialist or globalist ideology as an answer to inequality and poverty? Is climate change more important than the evil desecration of human life by Planned Parenthood or ISIS?

ISIS is a serious threat to Christians and others around the world, but will not be the demise of the Christian church. If the Crescent Moon ever sits atop the basilica dome at St. Peter’s in the Vatican, ISIS won’t be the reason. The demise of the church will come from within. It will happen as religious leaders continue to drift away from a biblical theology of good versus evil and continue to embrace a social justice based on socialist, globalist and humanist ideology.

Social Justice: The Demise of the Christian Church added on Monday, August 24, 2015

One Response to "Social Justice: The Demise of the Christian Church"