by Don Fredrick, ©2015, blogging at The Obama Timeline 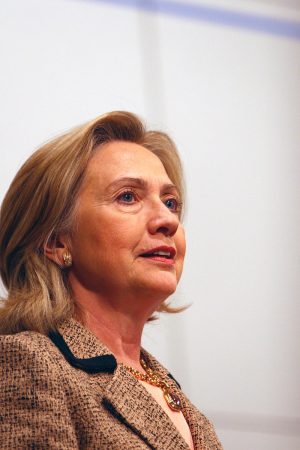 (Aug. 12, 2015) — Hillary Clinton proposed a college plan that would raise taxes by $600 billion over 10 years and spend about $350 billion on handouts to students, states, and colleges. Such a plan will not reduce the cost of education; it will merely encourage the schools to raise tuition to absorb the additional $350 billion. Clinton told reporters, “No family and no student should have to borrow to have to pay tuition at a public college or university.” Her statement is absurd on its face. (She may as well have said, “No family should have to borrow to buy a house or a car.”) Few students have the financial wherewithal to pay for college without borrowing. For Clinton to claim that students and their families should not have to borrow any funds for college is code for, “I will make someone else pay.”

Socialist Senator Bernie Sanders then outdid Clinton, telling an audience in Oakland, California, “We have legislation in, that I will fight to implement as president, that will make every public college and university in America tuition-free.”

Let’s introduce Sanders to some realities. There are about 13 million students attending two-year and four-year public colleges and universities. With an average cost of about $15,000 per year for tuition, room, and board, giving all 13 million students a “free ride” would cost the taxpayers $195 billion per year. Sanders does not explain where that $195 billion would come from, or why the cost of education should be borne by anyone other than the students and their parents.

If a particular private university costs $20,000 per year and a nearby public university costs $15,000 per year, some students will consider it worth the additional $5,000 to attend the private school. But if Sanders makes the taxpayers foot the entire bill for the public university, the difference in costs changes from $5,000 to $20,000! Beside the fact that it can hardly be considered fair to expect some students to pay $20,000 while others are not required to pay anything, the increased difference in costs will encourage students to abandon the private colleges and universities and hop aboard Sanders’ free train ride to a public institution. Private schools will close their doors, and public schools will not be able to handle the increased demand. The public colleges and universities will then plead for additional taxpayer funds to pay for building expansion and increased staff. (Does anyone think that if the government gave every family a free car the automobile dealers would not quickly run out of cars?) The total cost of Sanders’ scheme will clearly cost far more than $195 billion per year, and that bill will be passed on to the taxpayers—including those who do not have children in school.

In addition, if young adults do not have to save for their college educations there is far less of a reason for them to seek employment. Why should they work through high school to save for college if Sanders or Clinton will get the taxpayers to pay for it? Why should they work their way through college? The end result of “free college” will be graduates with expensive (for the taxpayers) degrees but no work experience at all. More than a few employers will put the blank resumes in their cylindrical files.

The goal of the Sanders (and Clinton) scheme is, of course, not to reduce the cost of higher education, Neither of their plans will reduce costs. In fact, both their plans will increase costs because the demand for higher education will increase as soon as it becomes “free.” (How many young adults who cannot now afford college will decide to attend once it is provided for by the state? One million per year? Two million?) The ultimate goal of the schemes is to gradually eliminate private colleges and universities—except for a few high-end schools for the offspring of Hollywood, Wall Street, and government “elites.” Eliminating private schools means the federal government can control all the colleges and universities. Federal funds mean federal rules. Federal rules mean brainwashing. If you think there is leftist indoctrination in our nation’s colleges and universities now, just wait until Clinton and Sanders are done with them.