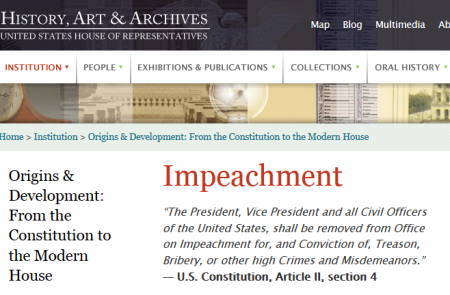 (Jul. 23, 2015) — America is on the final brink of collapse as freedom and liberty teeter on the brink of extinction, all for one simple reason, your silence is your consent… and the people have been far too silent for far too long. Until someone is held accountable, no one is accountable to the people for anything…

Up until now, “the people” have not been part of any viable solutions, despite pouring millions of dollars and hours of energy into things they thought might work. Too many Americans have been led to believe that elections are the only solution available to “the people” when in fact, pro-American conservatives have not won an election in 35 years, since Ronald Reagan was elected in 1980.

Many thought they were on the right track when they elected Republicans to control the U.S. purse strings in the House in 2010, only to watch Republicans continue to fund every evil agenda item forced down the people’s throats by the most impeachable administration in U.S. history.

Others were told “nullification” at the state level will solve the problem, despite the fact that both Jefferson and Madison failed in their nullification attempts over 200 years ago and state level nullification of federal overreaches has never worked even once in U.S. history since.

Still others are being sold a bill of goods regarding a false interpretation of the Article V Convention, now often referred to as “a convention of the states” and an “assembly of the states.” Truth be told, any meeting of the states with the intended purpose of “amending the federal constitution” is by definition, a “constitutional convention.”

Any such convention must be convened and run by the U.S. Congress, and the states will have no control at all over the outcome, other than their ability to refuse ratification of the can of worms they opened by requesting the convention. It makes no difference how many “constitutional scholars” tell you different. They are the same people destroying our legal system and taking all of your rights away with their “expertise.”

Then you have the new militia folks, who never studied the Civil War or the Bonus Army of 1932, or bothered to notice that “the people” have allowed the federal government to enjoy such technological advancements that will allow the Obama administration to end any uprising before you can get out of your front yard, without them even needing a pilot in the cockpit of the drone.

Meanwhile, the constitutional solution was under the people’s nose the entire time…. IMPEACH, remove from office and charge with high crimes in criminal court after removal.

The U.S. Constitution tells us all exactly what to do when we find our nation being torn to shreds by an evil occupant of the Oval Office and his cabal of evildoers….

Article II – Section IV says – “The President, Vice President and all civil officers of the United States, shall be removed from office on impeachment for, and conviction of, treason, bribery, or other high crimes and misdemeanors.”

Why have “the people” been focused on anything else since January 2009? Who told them to focus on everything else?

On 11.11.11 a group of Military Veterans and true patriots stood on the Washington Mall and demanded the Restoration of our Constitutional Republic, as guaranteed every state and every American in the U.S. Constitution.

Do you think those Vets had no further idea how they might accomplish such a lofty goal at such a late date? Since that day, these people have worked together on literally countless opportunities to make a difference in the direction of our beloved nation… SEE HERE

Only after exhausting a laundry list of other real, tangible and constitutional means of moving the nation in the right direction, did these leaders came to the conclusion that only Impeachment can stop what is happening in our country today. They arrived at that conclusion in June of 2014 and released a copy of very carefully researched and crafted Articles of Impeachment in July of 2014, along with a public demand from sister division North American Law Center calling for impeachment.

The Articles failed to gain any traction in 2014, as many “patriots” claimed an election year could be lost as a result of trying to impeach, and that only after Republicans controlled both congressional chambers should such an effort be launched.

Of course, after the 2014 elections, with Republicans in control of both chambers, those same “patriots” now suggest we should wait until after the 2016 elections… despite witnessing the reality that congress is functioning the same under Republican control as it did under Democrat control.

When will the people get in the mood to hold anyone accountable?

“The people” allowed a total fraud to seize control of the people’s White House in 2008. They allowed congress and the Supreme Court to sit silent and watch it happen. They allowed day after day, year after year, Obama regime total destruction of the Rule of Constitutional Law and our Republic. They allowed the RNC and DNC to dictate all rules of engagement, limiting “the people” to only election solutions, while both work together to control the outcome of those election before they are ever held.

The people have been vocal in their opposition, but usually preaching to the choir rather than confronting the evil directly, which comes with some risks attached.

Since January 2009, a long list of infringements, violations of law and constitutional text, the Bill of Rights and international law have accrued under what can only be described as the most criminal cabal to ever hold power in the U.S. Federal Government.

The North American Law Center (NALC) took great care to research and develop a set of Articles of Impeachment designed to not just start a fight, but finish it. It is not only important to impeach, but to impeach correctly, so that conviction, removal and criminal prosecution are possible and even likely to succeed.

The simple fact is the Obama Administration is the most impeachable administration in U.S. history and nearly every American seems to be scared to death to impeach. A nation that fears its government is living in tyranny… only when that government fears its people, is there freedom and liberty.

As the NALC Articles lay out in great depth, the Obama Administration is guilty of the following High Crimes, all of which justify impeachment and some of which rise to the level of treason.

Over the past few years, very influential Republicans like Allen West, Gen. Jerry Boykin and Sarah Palin have openly called for the impeachment of Barack Obama. On numerous occasions, Admiral Lyons has called for impeachment as well. In fact, more than 25 House Republicans have openly stated that Barack Obama is guilty of many impeachable offenses and should be impeached…

But so far, it is North American Law Center and the Constitutional Accountability Coalition that is actually doing the heavy lifting of researching and drafting proper Articles, while unifying and mobilizing thousands of “patriots” in state by state coalitions focused entirely upon advancing the NALC Articles to the House Judiciary Committee, where impeachment must begin.

According to our laws, House Republicans have only two choices, impeach (or) become guilty of crimes themselves.

There’s a talking thing and a doing thing… most people were busy talking while only 56 men signed the Declaration of Independence 239 years ago. It seems not much has changed since then, except the assault on freedom is no longer coming from King George of Britain, but rather from within, Barack Hussein Obama & Co.

The country is full of talkers, and not as many doers…

Impeachment has always been the constitutional solution and now it is the only peaceful solution. Still, many Americans hope to escape personal responsibility for making impeachment happen, as they sit back, refusing to engage in that process while ridiculing those who are willing to stand up and take action.

For every doer engaged in constitutional solutions, there are thousands of American naysayers, hand wringers and teeth gnashers… with a hundred reasons why it can’t or shouldn’t be done… most of them knowing full well that there is no other viable option at this point.

Freedom is always lost at some point and always for the same reasons, complacency, ignorance and cowardice.

A few Americans will be able to look their children and grandchildren in the eye and tell them with all due honesty, that they did everything they could possibly do to prevent the collapse of the greatest nation ever known to mankind, everything within their power to educate, unify and mobilize American citizens, who were supposed to be forever vigilant in the preservation of freedom and liberty, but were just too busy or frightened to do it.

Those willing to defend freedom and liberty should immediately unite with others also willing and engaged, at either North American Law Center or the Constitutional Accountability Coalition.

In the end, every American who refuses to become part of the solution is part of the problem. Real patriots should join Patriots Union and patriotic Veterans should join Veteran Defenders in order to lead the restoration of the Constitutional Republic and Rule of Law.

These groups have been around, doing all the right things and waiting for the Cavalry, “the people” to show up and engage. Now they are leading by example on Impeachment and praying that “the people” will soon have had enough and begin to engage before the clock ticks out on America.

Last night, CAC and NALC hosted the first Blog Talk Event in support of the NALC Articles of Impeachment, archived here. The group meets every Wednesday evening at 8:30 PM ET… the subject is Impeachment and nothing else… state by state coalition groups are growing across the country, fast, but not yet fast enough.

What are you waiting for? If not you, then who do you expect to save this nation?

If you are too busy are too scared to defend freedom and the Rule of Law, you will no longer be free… I can’t say it any plainer than that!

2 Responses to "Why Impeach, Why Now and How"