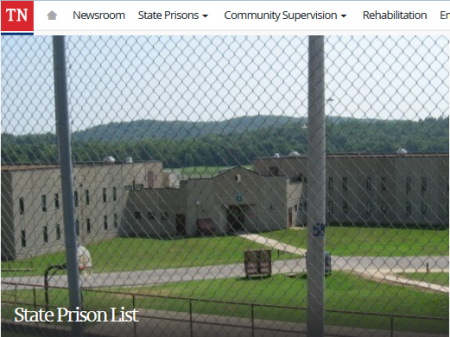 (Jul. 9, 2015) — Following a three-day trial on June 24, 25 and 26, a jury empaneled by the U.S. District Court for the Western District of Tennessee decided in favor of three defendants named in a civil suit brought by state inmate Timothy Aaron Baxter nearly five years ago.

Baxter is an inmate at the Northwest Correctional Center (NWCX) in Tiptonville, the same facility which houses Walter Francis Fitzpatrick, III.  While residing in Madison County, Baxter was been incarcerated twice by the State of Tennessee on what he told The Post & Email were fabricated charges, first of operating a methamphetamine lab in 2001, and later, of assaulting Mr. Richard Upright in December 2010.

Baxter’s father, Lee, told The Post & Email that his son was badly beaten while in the Madison County jail.  The federal lawsuit was filed in September 2010, five years after Baxter reported having been assaulted by two corrections officers while picking okra during a work detail on September 11, 2009.

The local trial court in Madison County has been uncooperative with The Post & Email in discussing or releasing any of the documents filed in Baxter’s two cases, and neither of Baxter’s parents has been able to obtain a typed transcript or audio-recording of any of the proceedings.

Baxter claimed severe and permanent injuries following the alleged assault which he said were carried out by two correctional officers who happened to be brothers while a third looked on and took no action to intervene.  Baxter reported that the incident was documented as an “assault on staff” by Baxter, for which he was scheduled to face a disciplinary hearing, but the charges against him were dropped.

Baxter represented himself in court, while the defendants were represented by the Tennessee Attorney General’s office beginning in 2013.  Baxter asked for $5 million in compensation for his injuries, which he alleged rendered his left arm nearly “useless;” resulted in unwarranted disciplinary action against him, including lack of nutrition; damaged both of his wrists from handcuffs placed too tightly for too long; denied him urgently-needed medical care; left him with ringing in his ears after having been hit on the back of the head with a radio; migraine headaches, blurred vision in one eye and other maladies.

Last month, The Post & Email contacted TDOC spokeswoman Neysa Taylor after Baxter’s parents reported that he was seriously ill and perhaps in a life-threatening situation.  Taylor said she would relay the message to NWCX medical staff.

After being relocated to the West Tennessee State Penitentiary (WTSP) for the trial, Baxter reported “taunting” from some of the corrections officers to an observer of his case who told The Post & Email, “He says they are saying, ‘There’s that prisoner that’s suing Mallory.’  I told him to just ignore them and just go on. I asked him if they are in direct contact with him while there and he said no. So they are just harassing him. I said hold your head up high – cause you are doing the right thing by exposing their secret.”

The court docket from June 24, the first day of the trial through the meeting of the jury’s verdict, appears on pacer.gov as follows (click twice to enlarge):

The Exhibit and Witness list included Baxter’s medical reports, including photographs; prison disciplinary reports, and numerous witnesses, including the three defendants.  One of the witnesses, Dr. Bede Anyanwu, is an attorney who represented Baxter for a time after the assault and visited him while he was in “the hole” for an alleged assault on correctional officers which was eventually dismissed.

The jury found all three defendants not guilty of having “acted under color of state law to deprive the plaintiff Timothy Aaron Baxter of his constitutional rights by using excessive force against the plaintiff” and awarded nothing in compensatory damages for “physical pain” or “emotional pain and suffering.”

The instructions provided to the jurors presumably by Judge S. Thomas Anderson included the statement that “You must also follow the law as I explain it to you whether you agree with that law or not; and you must follow all of my instructions as a whole. You may not single out, or disregard, any of the court’s instructions on the law.” 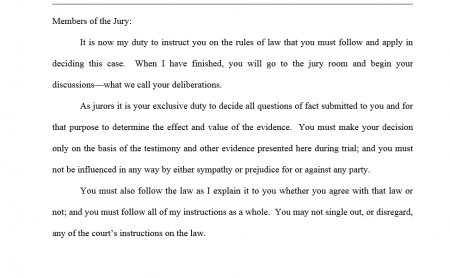 On June 29, the case was dismissed as approved by Anderson.

After the trial concluded, The Post & Email received two eyewitness accounts, one from each of Baxter’s parents.  His mother, Linda Riddle, testified during the trial and therefore was not an observer to the events preceding her testimony.

Seeing Tim in his current physical condition was quite emotional and it was a 3 day trial. Briefly Tim lost on all counts because he did not have adequate medical evidence to support his claims(of course he was not able to get an independent medical exam). He did very well representing his case but  the odds were against him. The seemingly handpicked jury included a Madison County Sheriffs dept. employee and if I received  correct information there was someone related to a TDOC employee, but that’s Tennessee for you.
Tim was able to voice and in my opinion prove that unnecessary excessive force was used but the jury was to determine the extent of the injuries….however his medical evidence was not sufficient for a monetary settlement. He was not allowed to speak to his mother or me or his witness’ and was basically hobbled every way he tried to go by the judge and the state lawyers. For instance the TDOC  Guard employee records were not admissible, yet both guards were dismissed for beatings and other violations.

I did not testify, Tim’s mother did and she made a statement saying “Tim is always respectful”…the state used that to introduce Tim’s disciplinary record at the prison…..which showed 10-12 violations. All of these occurred after Tim’s lawsuit against the state(retaliation, which of course Tim could not prove). It was hard to watch knowing that a competent expert could have torn them a new one. I have to let this go as much as I can.

That was 6 years ago and I have advised Tim to become a model prisoner, and lets concentrate on getting him out of this last conviction.

In a letter dated June 19, 2015, Fitzpatrick wrote that he had been threatened with a beating by an instructor for refusing to take part in a class which Fitzpatrick claimed would have forced him to incriminate himself.

On July 6, Baxter’s mother told us:

I have never been so proud of my son as I was when he represented himself in Federal Court. I was not able to sit in until I did my testimony. He seems nervous – but after I took my seat in the courtroom – he seem to gain confidence and he just excelled. He stood his ground under those two attorneys from the Attorney Generals office. They tried to say I was lying about not seeing my son beaten up cause I got a special no contact visit. I told them I was escorted into and out of the prison 8 days after the beatings and I didn’t have to go through the signing in and searching. I told them outside the courtroom that you have access to Commissioner’s office and Warden’s office and you failed to secure those records that show I got that visit. It was pretty sad that they tried to trick me up like I was not reputable. Tim spoke up and said you are trying to discredit my mother’s testimony. He has gotten back today to Northwest from the Madison County Jail. He is to have surgery on his mouth on Monday where he has the staph infection. They are going in and scrapping the titanium plate in his jaw. I hope he comes out of this OK and he starts to get to feeling better. Dr. Bede said to me and his father it hurt his sole to see Tim look like that. He looked like he wanted to cry. He is an excellent attorney and I am going to try and see if he can help. I appreciate you – as you are probably responsible for him getting this medical surgery. Thanks again – take care.

I also got a contact person in Commissioner Schofield’s office when Tim was in court. They sent him 2 pieces of white bread and 2 little containers of peanut butter to eat for lunch on Wednesday the first day of trial. That night he got back to the prison there was no supper for him. That same night he was admitted to the infirmary when the staph burst in his mouth and he began to get chest pains. I found all of this out when he called on Thursday morning before court. I overheard him ask the guard for a candy bar when court convened on Thursday after lunch and the guard said NOPE.  I about lost it. That is the day I went and called the Commissioner’s office. This day he got a child bowl of cereal and a container of milk.  Contact person in Commissioner’s office is Ms. Vashti and this is her direct phone number 615-253-8150 if you need anything from that office. She was very nice and she did get supper provided him on Thursday and a better lunch on Friday. Needless to say that on the last day they provided a chicken salad sandwich, which was a lot better than previous days lunch.

On Wednesday, Riddle told us, “Tim has surgery on Monday the 13th…This had been going on a long time. I do think without your help this would not have happened.”

Riddle said that her son would have liked to have had Dr. Anyanwu represent him but could not afford his services.  Riddle also related that a juror opined later that she believed Baxter would have won his case had that occurred.  The Post & Email has reached out to Anyanwu with an interview request regarding his impressions of the trial and first-hand account of Baxter’s condition following the incident resulting in the lawsuit.