“WHEN IN THE COURSE OF HUMAN EVENTS IT BECOMES NECESSARY….” 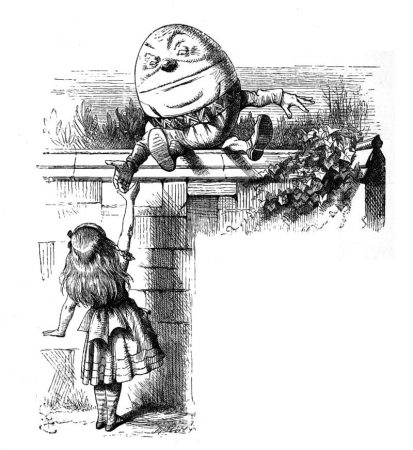 We are now exponentially more in debt; far more unemployed; far less financially stable; far more dependent on government welfare; far more inundated with illegal aliens; far less secure against foreign as well as domestic forces intent on killing us and our way of life; far more oppressed by a government intent on dictating to us as to our own beliefs and decisions – from religion to healthcare to how much water-per-flush is allowable – and intent upon enforcing those dictates through the IRS with, to borrow from the Declaration of Independence, “swarms of officers sent hither to harass our people and eat out their substance;” far less respected worldwide; and far more divided than at any time since the Civil War.

Tell me again this is all the fault of Bush and the Koch brothers.  Not pretty.  Why has it happened?

Because an unthinking majority of us elected an arrogant, constitutionally-ineligible charlatan as commander-in-chief; because a one-time independent free press has willingly metastasized into little more than a propaganda umbrella for the outrages of a tyrannical regime that would put the defalcations of Great Britain’s George III to shame (and look what happened there); and because we now exist under the decisions of a Supreme Court that uses Humpty Dumpty as its chief source of legal reference.

The charlatan’s arrogance has recently been fortified and further enabled by five lawyers whose nightstand light reading must certainly include Lewis Carroll’s Through the Looking Glass, or, as it is known here, Alice in Wonderland.

In Carroll’s 1872 novel, one of the characters, Humpty Dumpty, lectures Alice on words and their meanings.  Monsieur Dumpty proclaims in a scornful tone: “When I use a word, it means just what I choose it to mean – neither more nor less.”  Alice responds: “The question is whether you can make words mean so many different things.”  Humpty replies: “The question is, which is to be master – that’s all.”

This fiction is hardly academic: words and language have meaning… unless, of course, they get in the way of your Machiavellian objectives.  Then all you need to do is perform some linguistic somersaults, embellish them with some Latin-tinted gibberish and: Voilà!  The desired result is achieved.  Such is precisely the product of the semantic gymnastics recently performed by the U.S. Supreme Court in its “the-charlatan’s-healthcare-law-must-be-saved-at-all-costs” decision, also known as King v. Burwell.

By morphing the words “established by a state,” as unambiguously stated seven (7) times in the already genetically stupid law, to instead read “not established by a state,” Chief Justice John (“my-law-clerk-is-Humpty-Dumpty”) Roberts – aided and joined by the Court’s other Five Intellectual Dwarfs – further cemented his place in history as perhaps the most unprincipled Chief Justice since Roger B. Taney.

Recall that Taney was the author of Dred Scott v. Sandford, the 1857 Supreme Court decision holding that African-Americans, whether free or slaves, were not “citizens” or “people” but instead were “property.”  Taney’s law clerk was rumored to be Humpty Dumpty as well.  The decision led, in part, to the Civil War which, in turn, culminated in the 14th Amendment, abrogating the decision.

Worse, the Burwell decision does not mark the first time Roberts has turned to Humpty Dumpty for advice and cover.  In National Federation of Business v. Sebelius, Roberts famously rewrote the laughably (and intentionally) misnamed “Affordable Care Act” to convert the word “penalty” into the word “tax,” thereby concocting a “basis” upon which to sustain the “individual mandate” in the act.

Under Roberts and the Five Dwarfs, there is no longer any objective meaning to words: only subjective “interpretations” remain.  But don’t take my word for it: just read Justice Scalia’s dissenting opinion in Burwell.  His best line from the dissent, underscoring the unprincipled and Machiavellian nature of the majority opinion: “We should start calling this law SCOTUScare.”

So you see, dear P&E reader, Humpty Dumpty does not possess the exclusive license to modify and reverse-engineer words to suit his goals.  Nor does Jack (“a native-born-citizen-is-the-same-as-a-natural-born-citizen”) Maskell of the Congressional Research Service.  Now that Chief Justice Roberts has joined the ranks of these linguistic counterfeiters (the Five Dwarfs are only bit-players in supporting roles), it matters not that the Court continues to “evade” the eligibility question as to the Usurper-in-Chief.

If, in fact, it accepted jurisdiction in such a case – and one such case is presently in that posture – it would come as no surprise if John Roberts were to simply parrot Mr. Maskell’s observations and hold, perhaps with a well-deserved footnoted hat-tip to his aforementioned law clerk, that the term “natural born Citizen” in the Constitution means “native born Citizen.”  Voilà!  The desired result is achieved.  It would be interesting to see which, if any, of the Justices dissented.

Following such a decision, anyone born here, regardless of the citizenship of the parents – from Ted Cruz to Marco Rubio to an illegal alien born in El Paso – would then be eligible to the presidency, thanks to John Roberts… and his law clerk.  Forget about Emmerich de Vattel and ignore John Jay, Alexander Hamilton and James Madison.  What could they possibly have known they were talking about in 1787?  It is 2015, for crying out loud, and the Constitution has done a lot of living and breathing since then.

On June 16, 1858, in a speech to delegates at the Illinois Republican Convention, then-presidential candidate (and, by the way, natural-born citizen) Abraham Lincoln made his famous “house divided” speech.  In an impassioned appeal to reject slavery in the expanding territories of the nation, he invoked the words of the Man from Nazareth: “A house divided against itself cannot stand.”  Lincoln was elected president, and shortly thereafter, proving his words correct, the Civil War erupted.

Those words were true 2,000 years ago; they were true in 1858; and they are true now.  The United States now stands on the verge of actual disintegration as a nation – physically, culturally, morally and spiritually – thanks to the “fundamental transformation” promised by an arrogant charlatan from…. somewhere.

Prior to last month’s U.S. Supreme Court decisions in the “healthcare” and the “gay marriage [sic]” cases, a small glimmer of hope remained that at least a majority of the High Court’s members would be willing to go through the charade of defending the Constitution. That hope is now, as we say, down the drain.

Moreover, thanks to the Machiavellian protocols of Humpty Dumpty now adopted by a majority of the Supreme Court, it may well be time to revisit the introductory words in the Declaration of Independence: “When in the course of human events it becomes necessary…”  You know the rest.  The nation now stands more divided against itself than at any time since perhaps the Civil War.  Even the 60’s and Viet Nam were not this bad.  The question thus becomes: what to do?

In addition to Maricopa County, Arizona Sheriff Joe Arpaio, there is another sheriff whose words regarding “what to do” merit reflection: Sheriff David Clarke, Jr. of Milwaukee County, Wisconsin.  Sheriff Clarke, responding to the “gay marriage [sic]” case, noted in a recent interview: “The Constitution is being obliterated, and our democratic way of life is being transformed into a socialist agenda, and I don’t know what it’s going to take short of a Lexington-Concord type moment.”  Hmmm… Lexington-Concord; swarms of IRS officers; disappearing e-mails; domestic spying on citizens; dictates from unelected judges….

Throughout human history, civilizations and nations have come and gone.  Many succumb from outside sources, including war and conquest.  Others fall to pestilence or natural disaster.  Most, however, succumb through internal rot.  Such is the case now facing that once “shining city on a hill,” the United States of America.

If you are over 50, you can truthfully say that this is not the country you grew up in.  Patriotism is treason; perverse is normal; up is down; words have no fixed meaning…. except these: “When in the course of human events it becomes necessary….”

Of Words and the Fomenting of Revolutions added on Saturday, July 4, 2015