THE CASE FOR THE NATIONAL CRIMINAL REGISTRY ACT 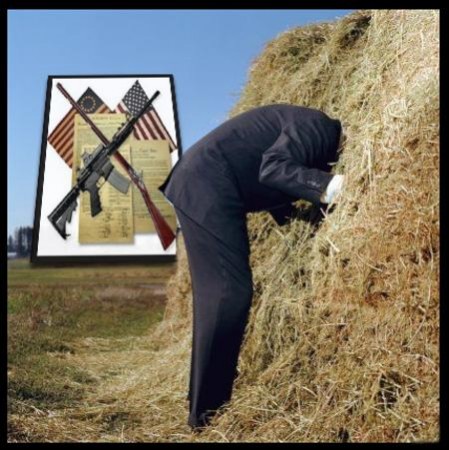 (Jul. 4, 2015) — If you were searching for a new employee to fill a particular position, would you search in every vocational category ranging from ditch digger to nuclear scientist, instead of searching for people in a specific category who have expertise related to the type of employee you require?

How about if you were looking to buy a carpenter’s claw hammer, would you start your search by scanning through every tool known to mankind and in every type of industry or profession?

Or suppose you were tasked to find a needle in a designated haystack?  Would you begin by identifying every known haystack on every farm across the fruited plains and begin searching through each of them, one by one, as opposed to searching the stack you knew the needle was in?

What if you owned a restaurant and you needed a good quality salmon for the next day’s menu, would you try to find it at a cattle auction, dairy farm or chicken coop before you checked with the fishery?

For certain, if your goal in each of the scenarios above was to actually find the specific item or person, do it quickly and as efficiently as possible, the answer to each of those questions would of course be a resounding NO!

So, where are we going with this?  You will see in a bit, but first let’s consider the above sentence.  “If your goal was to actually find……………”  This is the key to and the reason why “Background Checks” are in use now.  The goal espoused is much different from the actual intent.  Any person wanting to buy a firearm has his entire life and history, as well as that of his family and friends, probed, invaded and input into computer programs, databases and police files.

Simply put, the goal is not to protect society from illegal guns getting into the hands of criminals.  The goal is to protect government from legal gun owners and to satisfy a false ideological viewpoint.  This system has two well understood and purposely designed objectives.

•    The first is to intimidate prospective legal gun owners who wish not to have every aspect of their lives become an open book to strangers and possibly corrupt officials.
•    The second, and no doubt the most sinister, is the creation of a comprehensive list of the names of gun owners, what they own and where they live.

Absolute unequivocal facts:
1.    There is no possible way to prevent criminals from getting their hands on firearms.
2.    There is not now nor will there ever be a way of removing all guns from society.
3.    Uninventing firearms or preventing the manufacture of new ones is an absolute impossibility.
4.    Firearms are only evil when only evil uses them.

This reality is known to those who seek to violate your civil rights as they proffer a rose colored concept of a society filled with peace and nonviolence.  Their goal is to hide and disguise the true agenda which has nothing to do with your safety, just theirs.

So are we to believe the system in place now, with all its flaws and hidden agenda, is the only way to, if not stop criminals from getting and using firearms, at least impede them?  Yes, that is what they want you to believe.  But that, as is most of what they tell you, is a lie.   But there is a better system, a more effective system and one that is actually constitutional.  We are getting to it. Just a minute more.

But first this.  When we explain this system to you, the beauty of its simplicity, the ease of its implementation and the effectiveness it offers, one might ask, is the SAPPA Group the only organization that has conceived of this?  And then you might ask yourself after reading the details, why has it not been long ago implemented?  Why has no person in the House of Representatives or the US Senate, or the NRA or any of the hundreds of so called Second Amendment rights groups thought of this or gotten behind the SAPPA Group’s efforts?

Many of them have been contacted by us.  No response from any of them. Not one.

We are not making any accusations here, just offering a little food for thought.   Suppose if you will, the issue of “Background Checks” and their embedded invasion of honest citizens’ privacy, the intimidation associated with legally purchasing a firearm as well as the outrageous delays intentionally built into the process, had become a thing of the past.  Would not much of the donations these groups require to function and pay their officers begin to dry up once the biggest impediment to our 2nd Amendment Rights was removed?

On an equal basis, would some of those politicians who claim to support the Second Amendment portion of Bill of Rights in campaign speeches and re-election fundraisers have to find some other issue to persuade you to vote for them?

It is time we found out what the true agenda is relating to these groups and politicians.  You can help us do that by contacting your elected officials and the NRA (or any other gun rights group) and ask them why they have not supported the National Criminal Registry Act (NCRA) legislation put forth by the SAPPA Group.  It is time for all of them to decide if they are in business to raise money or get elected or if they actually care about fixing the daily infringements on our Second Amendment rights.

THE NATIONAL CRIMINAL REGISTRY ACT  (NCRA)
What is it and how can it help our Second Amendment right to own firearms without the invasion of privacy and the intimidation associated with “Background Checks”?

The first few paragraphs at the beginning of this article were authored to show either the stupidity or the malicious intent of the current system of background checks.  Why is it that honest law abiding citizens who wish to own a firearm are the ones who find themselves probed and investigated and fingerprinted?  Why should a private citizens’ information such as what handguns he owns, his social security number and his address be loaded into a database where devious officials, leftist trouble makers or hackers can access it?

Why does there not exist a National Criminal Registry which contains the names and offenses of adjudicated criminals who are prohibited from owning or purchasing firearms?  Doesn’t it make more sense to be able to check that database when selling firearms or approving a purchase as opposed to exhaustive background checks on the average citizen?

Please download or read the entire National Criminal Registry Act (NCRA).  Read all the details which include giving a citizen the means to challenge their name being in the registry.   The proposed bill is self-explanatory and has many safeguards in place to be sure ideological progressives don’t misuse it the way they now misuse the background check system.