“THE CHILDREN ARE THE MOST VULNERABLE” 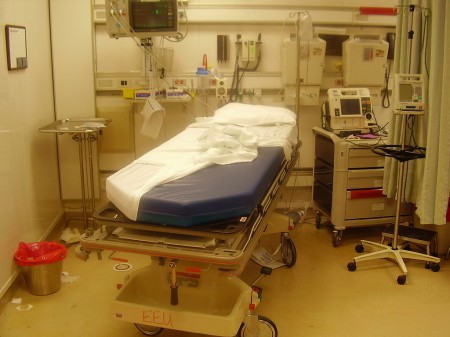 (Jun. 12, 2015) — “Good evening, ladies and gentlemen. We’re here at the Children’s Center for Communicable Diseases, located just across the street from our television studios. With me here is Dr. Laurie Nichols, Chief Financial Officer of the hospital.

“I thought that’s what first-timers are all supposed to do:  give recognition to the one who birthed them.”

“Not necessary. That’s why we have a Mother’s Day. Let me ask you this: I heard that this facility is on the verge of closing because of some financials. Care to explain?”

“Why ask me? Why aren’t you cornering the idiots who put us in this position in the first place? You think stupidity is free? Look around you. Look at all these people working here to save children. They’re all about to lose their jobs. And then what of the kids; answer me that, if you can. But you can’t, can you? None of you can.”

“Look, I’m just the guy who goes around interviewing people.”

“Okay, Mr. Hot Shot Roving Reporter. I’m sorry if I seem upset. No, I take that back. I’m not sorry at all. We’ve seen this coming for years.

“For years we’ve been telling anyone who would listen about the consequences of unabated immigration, and not just from Mexico, Central and South America, but from the Middle East and Africa as well.

“Our government gets its feathers up in a heartbeat over some Avery or Mad Cow scare, but if we even attempt to whisper about the dangerous stuff that we’re seeing in the ER, nobody listens.

“And forget the CDC. Anything run by the government is tainted ever since Obama took office. All we hear is ‘amnesty’ and ‘pathways to citizenship’ when what should be happening is that the idiots, the stupid people, the Obama and Socialist-lovers, spend one week in our ER and see what’s really happening to America.”

“Okay, let’s say they spend a week in your ER, what then?”

“Not just this ER, but any big hospital in any big city in America. Why, just this morning we had a child come in from Somalia with polio, believe it or not. Yesterday a case of whooping cough from Honduras. And TB is an everyday diagnosis. We haven’t had Ebola, yet, knock on wood.

“These people just walk across the border or just fly in from wherever to any airport in the country, with no screening or vaccinations, and are let loose on the public.

“I’m not sending my kid to a public school, this I can tell you. Public schools are just large Petri dishes, incubating centers for these horrible diseases that we’ve eradicated in our country, but they haven’t in theirs.

“Just spend a week, heck, a couple of hours in the ER and then tell me about ‘amnesty’ and welcoming millions of Muslims from their disease-ridden countries. See for yourself what’s out there walking the streets. Watch your little seven-year-old daughter cough up blood and die in your arms because a bunch of ‘Do-gooders’ think it’s somehow ‘the-right-thing-to-do’, which is what happened to my neighbor last night, right in that room behind you.

“His daughter died in his arms because of this country’s immigration policy not being enforced. I told my neighbor he ought to stand outside the White House holding a sign with his daughter’s picture, but he said no.

“Look, we’re going broke because we can’t afford to treat these illegals and these undesirables, if you get my drift. And we’re afraid for our families, of our bringing home some of this stuff that shouldn’t be here in the first place, and sit by and watch our loved ones contract deadly diseases. So closing this place down and going on Food Stamps is a lot safer than working here every day.

“Look, I just got buzzed so I have to run. Report that this open border policy is causing, I said causing, the death of us. The children are the most vulnerable, then the old folks, then it’s you and me. Bye.”

“Thank you for your time, Dr, Nichols. Well, so much for the government ‘protecting’ us, eh? Makes one wonder about the Oath that government employees take, about ‘defending’ America. Think of it as biological warfare and you’ll be on the same page as Dr. Nichols, and in all the emergency rooms in all of the hospitals in our country.

“Well, I wish I could end this interview on a positive note. I can say this: in the future, like now, we’ll be seeing more and more public announcements concerning warnings of the symptoms of these communicable diseases invading our country, no thanks to our government failing to protect us. Maybe I’ll just say goodnight. Thank you for watching. Goodnight.”