WHAT WILL THE NRA SAY? 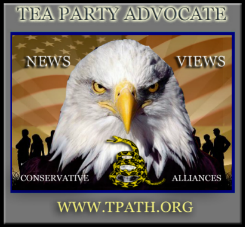 (Jun. 5, 2015) — Over the years TPATH has been in support of or the composer of many issues relating to patriotic endeavors.  It has always been our desire to not burden our readers with ads and constant requests for money concerning whichever cause we were working on.  As a result of this past week’s out of character request for help in this SAPPA campaign a few of our readers were prompted to respond.

It is important to explain that no one of those who wrote did so with any animosity but purely out of a desire to understand why we had changed our stance on requesting monetary assistance.  It should be noted that a few of those who raised concern also were kind enough to CLICK and Donate.

Here is an example of one letter we received with a suggestion which has spurred us to try once again to garner support from the NRA.  Below his letter (leaving his identity out because we have not been given permission to repost his comments) is our response to it.  Then below that is the letter we wrote to the NRA which we penned as a result.  Thought you would like to read it and then be told if we get a response.   The letter was mailed snail mail today.  If you would like a PDF copy of that letter Click HERE.

Dear SAPPA Group,
Are you going to groups such as NRA for financial help? They have the money to do so and it would sure be in their interest now that the suit is filed.
Rich xxxxxxxx

Early on we contacted the state chapter of the NRA and later the national headquarters. We explained our effort without disclosing the parts which needed to be kept under wraps until we were ready to go hot. We never received a reply.

The other issue we are working on the NCRA (National Criminal Registry Act)  which would place criminals in a database and leave law abiding citizens free to purchase firearms without the intrusion into their privacy, also has been ignored by them.

NJ2AS was given the same information and they too declined to join our effort although they said they agreed with it and did place some information on what we were doing in a news letter.  We appreciate that.

The only explanation I can come up with is the “killing the cash cow” theory.  Suppose for a minute if some researcher called a press conference on a Friday afternoon and announced he had discovered the ultimate cure for all cancers and that he would reveal this the following monday morning.  His life expectancy would be scaled in hours or even minutes.  He would not live to see the light of Monday morning.  Nor would his research.

While the organizations which support the 2nd Amendment collect money on a much smaller scale than all things related to care and cure of cancer, it is sizable.  Therefore, if those who enjoy the cash flow, see some effort which would essentially cut the spigot by any degree, that effort too would never see the light of day.

But, having said that, now that the Brief has been filed and accepted by the court and the defendants have been served, it may not be a bad idea to once again approach  the leadership of the NRA and provide them with all the documentation we have accrued.   I’ll get on that this day.

Thanks Rich.  You got us to rethink and reapply.

Dear Mr. Cox,
During the past 3 years, what began as a small group of people working on an idea which had never been tried in either state courts or federal, our group has grown into almost 100 volunteers, organizers and supporters.

During the time our group was researching the possibility and the viability of our perceived concept it was decided to keep much of the plan under wraps until the aforementioned research was completed.  The lawsuit which has taken the form of a filing in the Federal District Court in Trenton, New Jersey and is fully intended to make its way through the 3rd Circuit and on to the United States Supreme Court, as of this date has been filed, accepted, issued a docket number and a Federal Judge has been assigned.

Without going into too much detail, of which there is much, the Brief entails several Claims of Relief as it lays out proof of a wheel of conspiracy which has denied a private citizen his civil rights.  Those defendants named will be required to defend their illegal legislative and administrative actions as they have been charged with violations of the RICO Statue.  All 37 of the charged defendants have been served and issued a copy of the Brief.

The Brief and the 19 Associated Exhibits  (in PDF) can be read and downloaded from the SAPPA Group Web Page.  http://www.tpath.org/sappa.html

A reading of the Brief will give your staff a full view and understanding of this effort.  Please ask them to take the time to do that.  Thousands of hours of research, authoring and editing as well as presentations to patriot groups all over New Jersey have been expended in this effort.

So Mr. Cox you may be asking yourself now, why are you being contacted.  Are we asking for donations to our cause? Or is it something else we need from your organization?
Actually it’s both. We do need money as we move forward from District to Circuit and then the US Supreme Court.  So far our members have put up the cash we needed to produce the over 40 copies of the Brief, file it and serve the defendants.    A donation from the NRA would be greatly appreciated and well used.  But we will get this done without monetary help.  So if not money, what?

Publicity!  Under the RICO laws and the fact that an individual’s rights have been denied and infringed on by an ideological group of conspirators, this Brief will ultimately be filed in SCOTUS.  The nature of the appeal as relates to Federal law will make it an easy transit from court to court.

Once the appeal has been filed it will dwell in a pool of more than 2,000 other writs from across the country on all manner of injustices.   As the clerks who work for the Justices sift through those many filings there needs to be an awareness that the people know of and expect that the Brief will be docketed.  Only publicity and awareness can do that.

Certainly we cannot expect the leftists dominating the media to help get this the attention it needs.  A reading of this Brief by anyone associated with anti-gun rights will create a fear they have not felt at any time during this decades long battle to disarm the people.  They will do everything they can to hide its existence.

That is why we need the NRA.  You have the stage, you have the ability to force the press to acknowledge issues, you have the connections with talk show hosts, both TV and radio.   We have none of that.

In closing, at our state wide meeting which took place just before the filing we discussed contacting the NRA for help.  Even though almost all of the over 100 attendees are NRA members, including myself (194387167), the consensus in the room was that we should expect no assistance from the NRA.  The discussion touched on two main reasons.  The first being that the NRA would not help with any project they did not own.  The other would be the fear of the cash spigot being turned down or tuned off since a win in the lawsuit would mean state and federal laws, not just here in NJ but across the 50 states would be expunged, which could ultimately diminish the need for the NRA.

In descent, I have decided to contact you and I pray that the NRA exists for a cause and not a profit.  I would also hope that even if monetary or publicity support is not in the cards, someone, especially you Mr. Cox, would respond to this letter.

The SAPPA Group Responds to a Supporter added on Friday, June 5, 2015