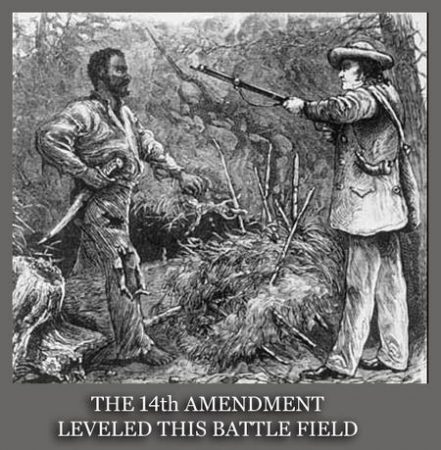 (Apr. 20, 2015) — It’s certainly no secret that the African American  people vote more solidly for one particular political party than the other.  Various blocks or categories consisting of rich and poor, religious, agnostic and atheists, as well as many other ethnic groups may tend to vote in higher percentages for one party over another but none of those groups come close to the over 90% solidarity black Americans constantly give to the Democratic Party.

Is this voting guarantee good for our country? Without a modicum of doubt it has been devastating for the black community.  Perpetual Pauperism Perfected.  It has destroyed the black family and empowered the Democratic Party.   As perfected.

Blacks voting for Democrats is by no means purely happenstance.  It has been planned from the earliest days of Lyndon B. Johnson’s failed efforts to block civil rights laws.  That dismal history of the Democratic Party, their early resistance to allowing blacks the same freedoms and rights as the whites, as well as their involvement in the Ku Klux Klan, in Orwellian excellence the left has almost completely obliterated these facts from our history books.

The aforementioned Johnson was the first to layout the most revolting perfidy on an ethnic group since the murderous days of the Third Reich.  Some of his racially provocative statements regarding American blacks are simply too disgusting to print on TPATH.  And we won’t.  His plan, as rabid and vile as his rhetoric, was to keep them poor, under-educated, dependent and dysfunctional.  This he said  was the path to “keeping them  _ _ _ _ _ _ _ ” voting Democratic for 200 years.  Don’t believe this? Look it up!

Johnson’s Democratic Party was not a new player to the discrimination effort.  It has been with them since their inception.  It’s in their DNA.  It was not just the Civil Rights Act of 1964 that most in their party opposed, – which would not have passed, by the way, without the strong efforts of the Republican Party-  it’s racial history of bigotry extends back to the battle for the 14th Amendment of 1868.

For many years before and after the of Emancipation Proclamation of 1863 freed blacks were routinely attacked in their homes, on the streets and workplaces.  They were beaten, robbed and many times hung for the audacity of yearning to live free.

During this time black families were left defenseless by Democratic controlled state and local legislatures. They passed laws prohibiting freed slaves from owning firearms which quite intentionally left them at the mercy of Democrat supported marauders. This, my friends, continues to this day.

Enter the 14th Amendment.  It was understood by the sponsors of it, as many still do, that creating laws and not applying them equally to all the people is not just unconstitutional, but immoral.  That is why the 14th Amendment came about.  It demanded every citizen be equally protected under the law and made it illegal for any government, federal, state or local, to deny rights to some and not others.

Note: The State of New Jersey, to this day,  is in constant violation of the 14th Amendment. The SAPPA Group is fighting this.

This Amendment essentially leveled the playing field, or maybe better said, the battle field.  This new situation very quickly turned the tables on the KKK murderers as they began encountering flying lead as opposed to the occasional ax handle or machete defense.  Pretty much from that time on the KKK thought it might be better for the freed slaves to own homes and farms than it was for themselves to no longer own  bodies free of buckshot.

Knowing as you do now that the 14th Amendment was directed at the rights of the African America people to be treated equally under the law, take a wild guess if you will, which political party supported it and which one did not.  Was it the mean-spirited Republican Party that worked to prevent its ratification?  Well, no, not exactly.  It was once again, that “party of the people.”  The elite people, that is. Oh, and not just a few rogue Democrats voted against it.  Every single Democrat voted NO!

But there are two other factions which make up the total sum.  They are the aiders and abettors of the leftist agenda.   To maintain the solid voting bloc the majority of the black community needs to be kept fearful, as poor as possible and angry.  And not just uneducated, but uninformed as well.  While those two relatively small groups consist of a very miniscule percentage of the whole, they are responsible for most of the ills.

The first of the two sub-groups and the smallest by percentage is reminiscent of the KKK.  This new KKK is not a bunch of Southern Racist Democrats, its made up of black criminals, gangsters and murderers. They may not have the same motives, but their objectives are identical.  That is, the domination and control of  their turf and the belief that they have the right to take what they want, when they want it and from whomever has what it is they want.

The second of the two sub-groups, much larger and much more dangerous to the AAWC, are the elites. Those leftist black politicians and so-called civil rights leaders (agitators) who have used and abused their own people in pursuit of monetary and political gain.

These two groups have formed a symbiotic relationship which has infested their people with the misery of hate, fear and poverty. Just as occurred in the Jim Crow days the black community must endure life without equal application of the law.  They are prevented from protecting their homes and family by the very people they continue to vote for and put in power.  The latest poll showed that 80% of the black communities across this country want their 2nd Amendment rights to not be infringed.  But 90% of them vote for those very same people who continue to make laws that prevent them from doing so.  Here in New Jersey over the past several years more than 191 such laws have been proposed by Democrats.  And only Democrats.

In a long-running and continuing conspiracy, this sub group has worked with their leftist white comrades of the Democratic Party and  together they have created living conditions many times worse than the freed slave farmer and his family endured back in the late 1860’s.

While they declare their constituents, their voters and those who pay for their life of luxury and security, to be too untrustworthy, unreliable and irresponsible to be allowed the right of self defense, they continue to promise paradise, but deliver hell on earth.

The next time you hear gunshots, breaking of glass or the smashing of door frames in the middle of the night,  you need to understand those villains who are at your threshold, are there without fear of you because they know their political allies in that other sub group, have left you defenseless.

So, a recap.
During the past 50 years the Democrats have:
1.    Promised you everything and delivered absolutely nothing.
2.   Promised your children an education but instead denied them vouchers so they could escape dangerous schools where learning has been relegated to daily survival.
3.    Promised equality of outcome instead of opportunity.
4.    Promised the utopia of forced redistribution of assets earned by others.
5.    Promised to protect you, defend you, lead you to paradise, but left you with none of that.
6.    Promised jobs, homes and a wonderful life.  Did they deliver any of  that? Not for you, but they are doing just fine.

It seems to be quite clear that neither Political Party has come through with any of those promises.  The Democrats have not because they need you right where you are, voting for them for 200 years. They have not helped you and they never intend to.

It seems the Republicans have struck out too.  Why?  Well, you haven’t given the the chance to even swing the bat.

The next election will you continue to vote for those who have betrayed you?  Most likely.

One Response to "Perpetual Pauperism Perfected"