by Dwight Kehoe, Editor, TPATH, and the SAPPA Group 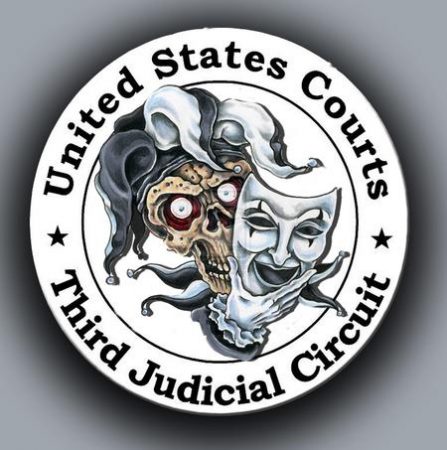 (Apr. 9, 2015) — For the most part of the last two years the SAPPA Group has been researching Second Amendment rulings regarding New Jersey legislators, judges and appointed officials.  Some of these rulings have been handed down from state courts and Federal courts, both District and Circuit.

The most informative thing we have found is that there are almost no judges or justices who concern themselves with anything relating to support of the Constitution.  Time and time again, their rulings and decisions have been made based purely on the belief that they have a right to change the scope, intent and concept of the Bill of Rights, if any parts therein run contrary to their basic ideology. Perilous?  You bet it is.

Despite the fact that the United States Supreme Court has made it crystal clear that no state can create and enforce laws which are prohibited by the Constitution,  the lower courts ignore those rulings and continue to deny citizens the civil rights which our Founding Fathers declared, fought and died for.

In order to support the leftist ideologues of the New Jersey state courts, the District and Circuit Courts have done what can only be described as oral and written contortionism.  One would think that at some point the nonsensical reasoning these people have provided in order to continue their unconstitutional law making would have induced smirks or at least the raising of an eyebrow from the bench.  Alas, when it comes to New Jersey, there appears to be no degree of stupidity capable of such elicitations.

So, think this might be an exaggeration?  Just in case you might, here are just two of the many arguments in support of absurd assumptions that these people have made over the several court filings concerning New Jersey’s unconstitutional laws which prevent its citizens from employing their right of self-defense.  We wish we could point out that one of these two is more convoluted than the other, but they both present equally a challenge to the concept of common sense.

Just a bit of background for those who may not be aware.  Several people have challenged New Jersey laws which on the face of them appear to allow citizens the right to carry a firearm.  But for certain, that appearance is just that, an appearance.  The intent is to obscure the actual application of the law by pretending to not violate the Bill of Rights.  The part of the law which is possibly the most outlandish of the many outlandish laws infecting New Jersey’s legal system is the term “justifiable need.”  That very simple phrase was put in place for one reason and one reason only.  That is to prevent every citizen except the very elite from ever being issued a carry permit.

For those of us who went to school before the leftist teachers’ unions and then Common Core had begun altering history and discouraging the thought process, the term “justifiable need” appears nowhere in the Second Amendment.  While it quite clearly states that every citizen has the right to own and bear arms, it forbids any state or lawmaker from infringing on that right.

Inexplicable Example One:
The 3rd Circuit Court, without even the slightest giggle or snicker, accepted the argument presented by the State of New Jersey that even though the laws they have been imposing on its people may well be unconstitutional, they have been violating those rights for such a long period of time, they should be allowed to keep the violation train heading down the track.

Shall we extrapolate this absurdity to other legal dispositions in order to see the dangerous precedent such inanity might produce?  We think we should. Simply put, according to New Jersey and agreed to by the 3rd Circuit, all one needs to do to not only escape punishment for violating a law, but to also be allowed to continue that violation, is to have gotten away with it for some unspecified period of time.  So, counterfeiters, forgers (this may help Obama someday), burglars, bank robbers, rapists and even terrorists, according to the 3rd Circuit, could go unpunished and allowed to continue their illegal endeavors, provided they didn’t get caught too soon.

Inexplicable Example Two:
It might be difficult to fathom the possibility that Example One above could be overshadowed in its asininity, but hold on tightly to your Constitution because Example Two does it in spades.

Again, accepted without equivocation by the majority in the 3rd Circuit was the idea proffered by New Jersey that a citizen of the United States, regardless of which state he resides in, is no longer protected by the Bill of Rights or the Constitution once he leaves the confines of his home.

No, this is not a joke.  It has been proffered several times and then agreed to by court jesters and never once did any one of them appear to be even the slightest bit embarrassed.  The 3rd Circuit was duly informed by the State of New Jersey that the Second Amendment of the Bill of Rights only applies to citizens while in their homes.  Once that citizen leaves there he no longer has civil rights.

A Liberal Trip Back In Time:
The Founding Fathers, in a meeting and discussing the Declaration, the Constitution and the Bill of Rights.
TJ might have said to George, “Hey GW, the wording of this Second Amendment thing might give the wrong impression.  Are you sure we want these peasants to think they can defend themselves from King George’s  marauders anywhere, even outside?   Shouldn’t we put a stipulation in the Amendment? You know, something like – Non-infringement ceases at your front door?”

Then George would have replied, “ No, Tom, we don’t have to do that, we can count on that New Jersey Colony.  There will be no shortage of infringers and abettors there.  So let’s save the ink.”

Now Back To The Present and Reality:
Just for a minute let us imagine that state legislators and Federal judges are not prevented from declaring where your rights start and where they stop.  Would that not endanger every Constitutional Right and place the people in absolute control of man instead of law?  Was not our Constitution written to prevent such a scenario?

When the next appeal reaches the United States Supreme Court, and there will be one very soon, if the State of New Jersey, in conspiracy with the 3rd Circuit, is allowed to claim they have the power to isolate and localize our civil rights regarding the Second Amendment, what future do any of the other rights have?

Will some judge be able to declare that your right to freedom of religion ends at your doorstep?  Will your right to free speech end there as well?  How about your right to congregate for redress?  Has it not been adjudicated that a person’s right to privacy extends to his person, his vehicle and other locations? How is it possible, then, that one civil right is boundless while another is allowed to be restricted by the state of New Jersey?  Does not the 14th Amendment prohibit such activity?

For certain, once we acquiesce any part of our rights, never again will any other part be safe.  The next determination of where your rights begin and end might be relegated to your basement or possibly a closet.  If this possibility does not shiver your timbers, maybe you should start at the top and read this again.

Overwhelming statistics and facts compiled by the FBI over the past few decades prove unequivocally that where gun ownership by law-abiding citizens is not infringed, crimes per capita are not just lower, they are much lower.  Consequently, people are safer, property is secure and the pursuit of happiness is in full swing.  Where law-abiding citizens are not prevented from defending themselves, criminals are prevented from carefree pursuit of property not theirs.

Many times phrases have been used in these court cases that look something like this.  “We can’t allow people to be armed. We don’t want to see the wild, wild west in our streets.”   This statement and others like it iterate the ideology of those violators of your rights.  It clearly shows that they think they have the right to control the activity of the citizens, based upon their ideology and false beliefs, the Constitution be damned.

In states where the right to carry is not infringed, only a small percentage of citizens actually apply for a permit and even fewer strap on hardware to be taken wherever they go.  The good thing, however, is the criminal never knows who may be armed.  That is what they call a presupposed warning.

What most citizens here in New Jersey would like is to be able to carry a weapon, if they felt the need, without being illegally imperiled by this state.  And to not be prevented from taking a weapon with them in their vehicle or at work or in the woods without the fear of violating one of the hundreds of gun laws that could land them in prison or convicted of a felony.

It needs to be pointed out that even if the areas where law abiding citizens were not prevented from arming themselves were indeed more dangerous, the rights under the Constitution could still not be infringed.  Legally at least.  The Founders provided for changing things they may have gotten wrong. The Amendment process.  All judges and legislators take an oath to defend the Constitution, not to legislate away parts they don’t like.  Communist governments and dictators do that.