“DISHONORING THE OFFICE OF THE PRESIDENT EVERY DAY” 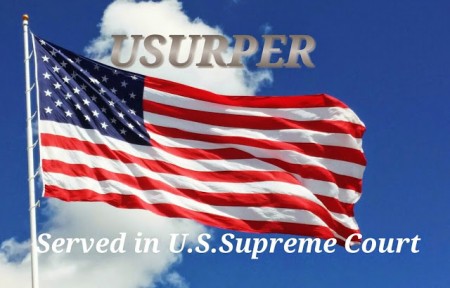 (Apr. 4, 2015) — While R-Utah Representative Jason Chaffetz, chairman of the House Oversight and Government Reform Committee, wanted to use Obama’s visit to talk about Benghazi, R-Utah Sen. Mike Lee hoped to use it to remind people on his email list of all the sins the Obama administration has committed to date in the order of raking in donations for Utah’s Republican Party; Salt Lake City Mayor Ralph Becker praised the president for coming; and Gov. Gary Herbert said he hoped to get a private meeting with Obama; Cody Robert Judy, the only un-elected one in the bunch living in Utah having run as a losing candidate for the 1st Congressional District in 2002, the U.S. Senate office in 2004 and 2010 that Sen. Mike Lee won, was actually serving Obama as a Presidential Candidate in 2008, 2012, and 2016 in the Supreme Court of the United States, due to Obama’s ineligibility as a natural born Citizen. –Born in the U.S. to Citizen Parents–

“In defense of the United States Constitution’s natural born Citizen clause, key to our country’s national defense, and our future, Obama is not technically eligible to even fly in Air Force One as President” Judy said. “He is dishonoring the Office of the President every day he occupies it as a Usurper and your elect aren’t doing a pence of salt about it. It’s nearly unbearable here where the salt of the earth has lost its savor,” Judy said in a reference to Luke 14:34 and comporting Mormon Doctrine of Covenants 101:39-41.”

Resident Occupier of the White House Barack Obama greeted people on the tarmac after Air Force One safely landed, Thursday, April 2, 2015, at Hill Air Force Base 8:10 p.m. in Roy, Utah, just five miles from where Cody Robert Judy’s Campaign Headquarters here in Ogden, Utah are. You can imagine my surprise as I saw Air Force One landing, then I thought today was a great day!” Judy said, serving his papers in the Supreme Court of the United States and muscling up for his Presidential Interview that night at WNLM Radio’s Meat & Potatoes Show in Massachusetts while Obama was sound asleep at the Sheratan Hotel in Salt Lake City, Utah.

“Yes, it was rather interesting; the timing and everything. It just came together and coincided perfectly,” Judy said. “One of the most interesting coincidences I’ve ever been involved with in politics. I felt very humbled and honored to be serving We The People, in serving Obama this humble appeal for Justice in the highest Court or Supreme Court of the United States. Of course Obama has gotten away with a lot but this Nation is not for sale nor will it be blackmailed by fraud or treacherous trickery. This has been my duty as a Presidential Candidate who has standing. Running in the race carries a very big responsibility and I hope America sees I’ve carried that well and not taken it for granted.”

There has been a lot of speculation amid Sen. Ted Cruz’s announcement to enter the race for President in the coming 2016 election. “I’m sure he knows he is not qualified, and a witness says Sen. Cruz acknowledged in a 2012 interview that Born in the U.S. to Citizen Parents was the requirement and Obama failed. Obama knew, too, but what these men also know is how doggone hard it is to catch a thief. The problem has been being able to prosecute and hold the line even as the qualification for President as a natural born Citizen were being usurped by bullies. The Court processes take a long time. I’ve been involved with them since 2008 and sued McCain and Obama.

Obama Served in Supreme Court of the United States as a USURPER While Visiting Utah added on Saturday, April 4, 2015