Because We Never Know How Long We Have…pb

WHAT DIFFERENCE CAN WE MAKE TODAY? 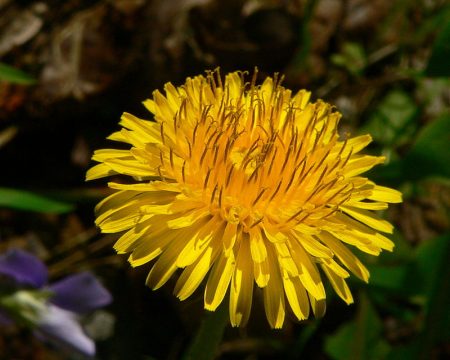 (Mar. 20, 2015) — [Editor’s Note: The following letter was mailed to Tennessee inmate Michael Logan on Friday morning, who had written to The Post & Email through fellow inmate Mike Parsons. In his letter, Logan related how Parsons had enlightened him about natural remedies, particularly the use of dandelions for liver ailments; self-reliance, and independent thinking.

Logan’s letter can be read here.]

Thank you very much for your letter regarding your life experiences, incarceration, and acquaintance with Mike Parsons. I have published it as an article at The Post & Email and enclosed a copy.

I, too, am a believer in natural remedies and use them often. I am glad that you have found relief from one of your medical conditions as a result of Mike’s having shared his knowledge with you.

We all have abilities and talents which we sometimes are not aware of until certain circumstances bring them to light. I hope that you have been able to discover yours as your outlook on life has evolved.

Back in March 1998 here in Connecticut, a young man named Michael Logan who worked for the Connecticut Lottery was tragically shot dead by a crazed fellow employee during working hours, along with several other coworkers.

That Michael Logan left two very small children and a young widow, the latter of whom had been a coworker of mine. Two or three years later, I learned that she remarried, and I was told by her close friend that she seemed happier than she had been in a very long time. By now, the children would be young adults.

We never know what life has in store for us and must make the most of every minute, hopefully in service to our fellow man.

I am told that you expect to be released within six months. Please let me know how your case proceeds.