ANOTHER EXTREMELY DANGEROUS DECISION BY OBAMA 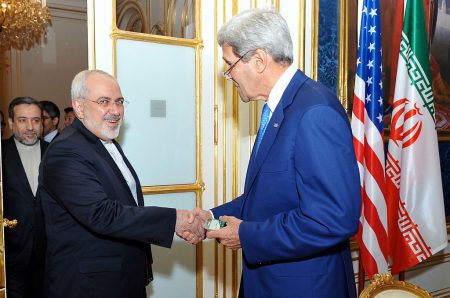 (Mar. 19, 2015) — For the first time in 36 years, the Annual Security Assessment presented to the U.S. Senate by previous CIA Directors and Directors of National Intelligence has “EXCLUDED” Iran and Hezbollah from the State Department’s Bureau of Counterterrorism’s List of Foreign Terrorist Organizations.   Without any doubt at all, the intelligence agencies of over 100 nations consider Iran the world’s largest state sponsor of terrorism.  Iran and Hezbollah have been consistently included on the List of Foreign Terrorist Organizations for 36 years by Presidents Jimmy Carter, Ronald Reagan, George H.W. Bush, Bill Clinton, and George W. Bush.

This reckless and very “treacherous” action by the occupant of the Oval Office will confuse and handcuff U.S. intelligence agencies, the FBI, the CIA, the DIA, NSA, the Department of Justice, the National Security Council, the U.S. Armed Forces, and the U.S. State Department.  This action was authorized while the world is currently watching Iran’s armed military Quds Force flying in thousands of boots on the ground to effectively take over Iraq, militarily, under the cover of defending Iraq from ISIL.  Removing Iran and Hezbollah from the List of Foreign Terrorist Organizations was ordered by Obama to support his pro-Iranian and anti-Israeli reckless Middle East Foreign policy and has to date resulted in Iran’s taking control of Libya, Syria, Iraq, Lebanon, and Yemen, with Afghanistan and Bahrain in its sights.

The unclassified report, issued by Director of National Intelligence James R. Clapper on February 26, 2015 and entitled “Worldwide Threat Assessment of the U.S. Intelligence Communities,” was published by the Times of Israel amidst Israeli concerns.  Iran is responsible for having killed and maimed thousands of members of U.S. Armed Forces in Iraq with Iranian-manufactured IEDs delivered to Al Qaeda in Iraq to kill Americans, and Iran is still killing and maiming thousands of U.S. military personnel in Afghanistan today with IEDs manufactured in Iran and delivered to the Taliban in Afghanistan to kill Americans.  Iran’s terrorist front group, Hezbollah, is responsible for killing over 2,000 Americans and members of the U.S. Armed Forces in terrorist attacks for 36 years.

In November 1979, Iranian students seized the U.S. Embassy in Tehran and took 66 Americans hostage.  On June 15, 1985, Hezbollah terrorists repeatedly kicked and brutally beat to death Navy Diver Robert Stethem on TWA Flight 847.  On October 23, 1983, an Iranian terrorist murdered 220 US Marines, 18 US Navy, and three US Army personnel and wounded 81 US Marines in the truck bombing of the US Marine Barracks in Beirut.  In 1989, Iranians captured Col. William R. Higgins, USMC and CIA Station Chief William F. Buckley in Beirut, then castrated them, removed part of their tongues, and inflicted medieval, barbarous torture on them for many months before brutally murdering them.

On April 18, 1983, Islamic terrorists bombed the U.S. Embassy in Beirut, killing 23 and wounding 21 embassy personnel.  In 1996, Iranian terrorists killed 19 and wounded 240 US Air Force personnel in the Khobar Towers with a fuel truck bomb in Dhahran. Iran gave sanctuary and instructional training to Al Qaeda’s 9/11 terrorists who murdered 3,266 Americans in the Twin Towers, the Pentagon, and the passengers on four planes.

Iranian Quds Force agents were on the ground in Benghazi, Libya when terrorists attacked the U.S. Mission, killing four Americans.  Hezbollah has continued to commit hundreds of terrorist attacks and murders against Americans for 36 years as the authorized state-controlled terrorist agents of Iran.  These Shiite radical Islamic terrorists are the allies Obama has been developing a relationship with for six years as he is entering into a flawed and unauthorized Iranian Nuclear Arms Treaty that will threaten the very survival of Israel and the sovereignty of the friendly allies of the United States for the last 60 years, which include Jordan, Morocco, Kuwait, Saudi Arabia, Oman, Egypt, and the United Arab Emirates.

Obama omitted Iran and Hezbollah from the State Department’s Bureau of Counterterrorism’s List of Foreign Terrorist Organizations in preparation of executing a dangerous, flawed and unauthorized treaty that will permit Iran to develop nuclear weapons.  Obama can then say in a TV address to the American people that he signed the agreement with Iran, which is no longer the most dangerous state sponsor of terrorism.   Even though provisions of the U.S. Constitution require U.S. Senate ratification of any nuclear arms treaty, Obama refuses to seek Senate approval before he signs the agreement with Iran.

Iran has repeatedly announced for 36 years that they fully intend to destroy Israel, and when Iran finally develops nuclear weapons as a result of Obama’s flawed treaty, they plan to put the nuclear weapons atop their ICBMs in order to be able to threaten Israel, the friendly Sunni allies of the US in the Middle East, NATO, and the United States itself.

Obama’s goal is to permit Iran to develop nuclear weapons in order to checkmate Israel as a nuclear armed state in the Middle East, although Pakistan has already accomplished that goal.  The very dangerous members of the Muslim Brotherhood in key positions of the Obama administration have insisted upon execution of the dangerous and flawed Iranian nuclear arms treaty behind the scenes.   Obama’s visionless and reckless action will result in a nuclear arms race in the Middle East and may very well eventually lead to World War III.