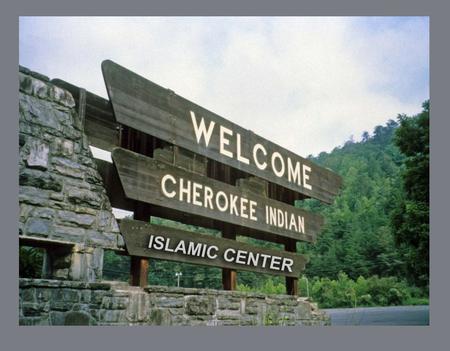 (Mar. 17, 2015) — They present themselves as the religion of peace, but they are intolerant, eager to crush truth and the noncompliant. They will force their peace upon you, like it or not.  Their methods are usually violence beyond one’s imagination, so that the only ones who achieve complete peace are those who have been killed quickly, not burned, or hanged, crucified, beheaded, made to endure hundreds of lashes, buried waist-high and stoned to death, thrown from a cliff, succumbed to infection from acid or barbaric Female Genital Mutilation, having one’s limbs chopped off, or kidnapped for sexual slavery.  Add to these Boko Haram’s cooking or burying people alive, and realize these have been done to as many as 400 million over 1400 years.

Although most of this brutality remains prevalent in the Middle East and Africa, a new conquest has appeared on the horizon.  In an interview with Radio Free Europe/Radio Liberty, Nurat Nazarov, aka Abu Kholidi Kulobi, a jihadist under the (Islamic State), said he will build mosques in Native American territories and “live with them according to the laws of Allah”  (Shari’a).

What can we expect to happen with American Indians?  We can predict their fate. Through their successful strategy of deceit, Islam will replace one culture with another, and the proud Native American will become a craven servant of Allah.   If there is no violence, then Islamic holy war will be waged against their holy sites.  As we learned from the Israeli experience, Muslims will create a false narrative to delegitimize the people to their land.  Their historic sites will be destroyed, as were the tombs of Biblical Jonah, Daniel, and Joseph, and the numerous layers of Jewish civilization, still producing items that bear witness to the Hebrews’ centuries of connection to the Temple Mount in Jerusalem.  Natan Sharansky described the excavation as “the largest archaeological catastrophe to mankind.”  The Dome of the Rock atop Judaism’s holiest site was built by Caliph Abd al-Malik to commemorate his conquest of the capital and, most importantly, to erase Jewish history.

For the same reason, the Taliban have demolished the thousands-of-years-old Buddha in Afghanistan and mausoleums in Timbuktu, Mali (all UNESCO World heritage sites), tens of thousands of Hindu temples together with tons of artifacts, the loss of a people’s past. Islamic jihadists are also bulldozing and looting Iraq’s world-famous ancient cities of Nimrud and Hatra, with their ancient carved-stone reliefs; Assyrian statues; artifacts in a Mosul museum; and thousands of books and manuscripts in Mosul’s library, to eradicate pre-Islamic civilization.  This mindset was also the motive behind the 9/11/01 bombing of the World Trade Center, to destroy the symbol of American achievement and reverse Islam’s trend of decline since their defeat in the Battle of Vienna, 9/11/1683.

This modus operandi was noted in a traveling Islamic exhibit that claims “1001 Inventions” as Islamic in origin, of which one portion, The Silk Road, was presented at the Cleveland Museum of Natural History. In reality, the faith and cultures of the inventors were victims who were forced to convert to Islam; hence, the credit for any invention was purloined by Islam from the rightful people.  Over the 14 centuries of Islamic history, Muslims have produced inestimable suffering and bloodshed, while expropriating every creative, innovative, groundbreaking invention of their victims, claiming them as their own.

Re-education is a vital weapon in creating a new past to replace the one eradicated.  Indoctrinal information that influences the society under attack, primarily its children, is essential in establishing a new regime.  Therefore, Muslims will create a faux Muslim identity for the American tribes, as they created false narratives that Jesus (Jewish) was a Palestinian and Moses (Jewish) was the first Muslim liberator, Albert Einstein (Jewish), Stephen Hawking (Athiest) and others of note were converts to Islam.  Turkey’s President Erdogan maintains that Christopher Columbus (practicing Catholic of probably Jewish descent) was preceded in Hispaniola by Muslim explorers, which may be the first step to an Islamic foothold where none existed before.

In addition, our government has implemented the educational system, Common Core, with a staff of teachers compelled to disregard our American heritage and our Constitution, and replace with whitewashed Islamic history and faith-based studies. This stealth infiltration is supported by Bill Gates, Arne Duncan, etal.; a 45% investment interest by Dubai World/Istithmar World Board of Directors (EMPG) in the publishing companies that provide 52% of American textbooks; and a perplexing, but unswerving, commitment by presidential candidates Governors Jeb Bush, Mike Huckabee and John Kasich.

“Eagle Sun Walker,” who describes himself as a Muslim Cherokee-Blackfoot American Indian, is yet another symptom of Islamic aggression and forced conversion on American soil.  As more Muslims enter our country, they may well move closer to Indian Country, and begin to insinuate their beliefs, rules of Islamophobia, and demands on the naïve, obliging populace.  With the construction of the first mosque, it may take but one charismatic recruiter to sell his bill of goods to the youth, telling them they will be the vanguard of a new Islamic movement – perhaps even convince them that they are the descendants of “early Muslim settlers.” Islamists have the psychological and financial wherewithal to entice and intimidate new recruits who may not yet have found their life’s direction.  I can see nothing in their past that would prepare them for prevailing over the all-consuming deception named Islam.