“THE GOVERNMENT IS NOT PROTECTING US” 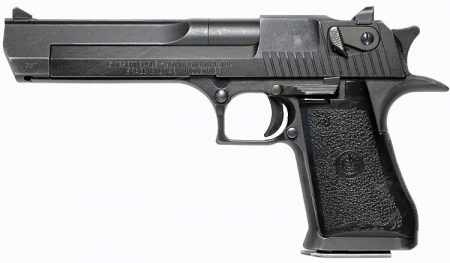 (Mar. 16, 2015) — I offered my services to my pastor as an armed guard during services. I told him of my arsenal, the different weapons for changing situations. I showed him secure communication devices, binoculars, scopes and waterproof ammo boxes. I also told him that I wasn’t the only one, that we had a squad of veterans who were willing and able to protect the congregation from attack. He looked at me a little uneasily and politely declined the offer.

When I ran for president in 2012, VP the late Larry Meyer and I came up with a believable and doable platform. Besides all the obvious stuff, such as telling the United Nations to take a hike and abolishing the IRS, we thought that the best way to protect our womenfolk was to give each of them an equalizer: a gun, specifically a lightweight .357 Magnum revolver.

We believed in the draft, that every citizen should serve his or her country in some capacity for a couple of years. So a weapons safety course in high school made sense. Everyone would get a jump-start on the basics of gun safety prior to Boot Camp.

Now a .38 revolver isn’t expensive and, with proper care, it’ll last a lifetime. Fathers and private organizations would foot the money to buy the guns. We didn’t expect every girl who graduated from high school to take advantage of the offer, but, nevertheless, the offer was out there for all. Upon being awarded her diploma she’d get her gun to conceal-carry in her purse. Men can take care of themselves, so they weren’t offered a gun.

If there’s one thing Islam is, it’s advocating treating women as chattel; beating women so as to not leave telltale marks, so they say. Selling women as slaves. In Islamic Law, premeditated murder of a woman for “dishonoring” the family is not only permitted, but encouraged, and that practice is so prevalent that they even have a name for it: honor killing.

Women are definitely targets of opportunity because they are, for the most part, physically weaker than men. A gun is called an “equalizer” because it makes the playing field even between women and men: so let the man bring his gun to the abduction; the woman also has an equal chance of killing her attacker.

For years there have been Muslim rape gangs in Europe. And, if nothing changes, there’ll be rape gangs this year and the next. Now if those European women could protect themselves with a gun, how long would it take until every single want-to-be Muslim rapist was killed?

It is true that the world is a more dangerous place since the de facto Obama, our usurper president, started to dismantle our Constitution, our military, and our way of life. Not only have the floodgates opened for illegal immigrants, but also for Muslims moving in on us.

We know that the Spanish-speaking illegal immigrants have no wish to assimilate into the American Dream, that they won’t learn English, won’t respect our flag, and, actually, wish the Southwest of America would secede to Mexico.

Same with the Muslims, but more so. They, also, do not assimilate into our land, not live congruently, but are striving to replace our Constitution with Sharia Law: in other words, they’re here to overthrow our government.

And so we must be proactive in protecting our womenfolk. It’s up to us to give ALL of our women the means to defend themselves against the illegal immigrants and the Muslims that our government has allowed to move in on us. The government is not protecting us. The government employees have failed to live up to their Oath, so we’re left to our own devices.  The least we can do is to give our women a fighting chance since we’re obviously not going to deport the unwanted and the undesirables.