“IN THE PUBLIC INTEREST” 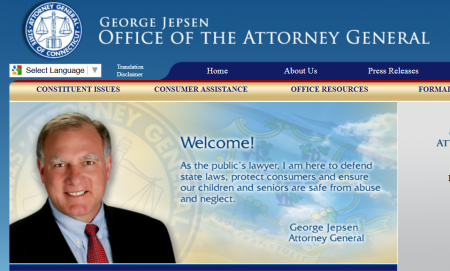 (Mar.  13, 2015) — As Politico reported on Thursday, 14 states plus the District of Columbia collectively submitted an Amicus Curiae brief to the Fifth Circuit Court of Appeals supporting the Obama regime’s request that an injunction issued by Judge Andrew Hanen of the Southern District of Texas be stayed so that Obama’s executive actions on illegal aliens can be enacted.

Connecticut, “the Constitution State,” was one of those joining the action.

In 1638, the towns of Hartford, Windsor and Wethersfield convened delegates to approve the “Fundamental Orders” which is thought by some historians to be the first constitution of the Western world.

For as much as it hath pleased Almighty God by the wise disposition of his divine providence so to order and dispose of things that we the Inhabitants and Residents of Windsor, Hartford and Wethersfield are now cohabiting and dwelling in and upon the River of Connectecotte and the lands thereunto adjoining; and well knowing where a people are gathered together the word of God requires that to maintain the peace and union of such a people there should be an orderly and decent Government established according to God, to order and dispose of the affairs of the people at all seasons as occasion shall require; do therefore associate and conjoin ourselves to be as one Public State or Commonwealth; and do for ourselves and our successors and such as shall be adjoined to us at any time hereafter, enter into Combination and Confederation together, to maintain and preserve the liberty and purity of the Gospel of our Lord Jesus which we now profess, as also, the discipline of the Churches, which according to the truth of the said Gospel is now practiced amongst us; as also in our civil affairs to be guided and governed according to such Laws, Rules, Orders and Decrees as shall be made, ordered, and decreed as followeth:…

On Friday morning, a Connecticut General Assembly legislative aide told The Post & Email that Attorney General George Jepsen was not required to ask the legislature for its input in joining the Amicus Curiae motion.  It was her belief that Jepsen added Connecticut to the list of states opposing the 26 which filed suit to halt the executive actions at the direction of the governor, Dannel P. Malloy.

Texas led the coalition of states, which first numbered 17, in challenging Obama’s plans on the grounds that “The President’s unilateral executive action tramples the U.S. Constitution’s Take Care Clause and federal law. The Constitution’s Take Care Clause limits the President’s power and ensures that he will faithfully execute Congress’s laws – not rewrite them under the guise of ‘prosecutorial discretion.’ The Department of Homeland Security’s directive was issued without following the Administrative Procedure Act’s rulemaking guidelines and is nothing but an unlawfully adopted legislative rule: an executive decree that requires federal agencies to award legal benefits to individuals whose conduct contradicts the priorities of Congress.”

On Election Day last November, several Hartford polling locations did not open on time, resulting in some voters having been turned away when they arrived to cast their ballots. Because of the closeness of the gubernatorial election between Malloy and Tom Foley, Obama called into a Hartford radio station to urge listeners who might have been unable to vote early that morning to return to their polling places to cast a vote for Malloy.

Secretary of State Denise Merrill has proposed the appointment of a “professional” registrar supervisor in each town to replace two co-equal registrars, one from each major political party.  Connecticut has 169 towns and no county government.

In an emailed announcement of the March 9 hearing to debate Merrill’s proposal, two parties were listed as scheduled to testify in favor.  When The Post & Email asked Merrill’s spokesman, Av Harris, if anyone would be testifying against the proposal, his response was “Yes, many.”

The cities of Hartford and New Haven are sanctuary cities for illegal aliens. In April 2012, a five-year-old Hartford boy brought to school 20 bags of heroin for “Show and Tell” which former U.S. Border Patrol agent and president of the National Association of Former Border Patrol Officers (NAFBPO) Zack Taylor believes were obtained via illegal alien drug dealers brought to Hartford by various sponsorship programs.

In the Amicus Curiae brief, Jepsen and the other 13 attorneys general wrote that the 26 states objecting to Obama’s executive actions “failed to show irreparable injury” and that Hanen’s injunction was “overbroad.”  The signers of the Amicus Curiae believe that “a stay” of Hanen’s injunction “will not injure plaintiffs and is in the public interest.”

The 14 attorneys general also assert that “the United States is likely to succeed on appeal.”

Obama’s executive actions would grant reprieves from deportation for what is reported as up to five million illegal aliens, but a DHS memorandum issued on November 20, 2014, the same day on which Obama revealed his plans publicly, indicates that most illegals are designated as low priorities for removal from the country.

The Department of Justice asked Hanen to lift his own injunction but was refused.  The regime has appealed to the Fifth Circuit, claiming that an emergency exists whereby deportation relief to the illegals must be granted in order to protect “third parties” from receiving “law enforcement and humanitarian benefits.”

A research assistant to Maryland House of Delegates Pat McDonough, Susan Payne, first interviewed with radio host Mark Levin two weeks ago wherein she disclosed that during three conference calls, White House personnel indicated their support for the creation of “a country within a country” in many of America’s urban areas which would eventually displace indigenous Americans and award federal benefits to millions of illegals to be brought in to the country.

Payne told The Post & Email in a subsequent interview that illegals are considered “seedlings” which will grow into the “welcoming communities” Obama outlined in his November 21 presidential memorandum the day after his speech.

The Department of Justice may have “misled” Hanen when it first stated that the executive actions had not yet been implemented at the time that Hanen ordered his injunction.  Justice later wrote in a court submission that it had, in fact, granted expanded deportation relief, as outlined by Obama in his proposals, to 100,000 young illegals deemed eligible for the DACA program already in place since 2012.

The Obama regime had “vowed” to respect Hanen’s order.

The expanded DACA reprieve period from two to three years was a proposal contained in Obama’s November 20 executive actions.  Following the revelation that Justice had already begun implementing that aspect of the Obama plan, Texas Attorney General Ken Paxton on March 5 asked Hanen to grant discovery to gain more insight into what he claims is Justice’s “misrepresentation.”

Good morning, I own and operate an electronic newspaper, The Post & Email, based in Stafford Springs; I am therefore a constituent as well as a journalist.

I am inquiring about the authority by which the attorney general joined a motion, along with 13 other states and the District of Columbia, to the Fifth Circuit Court of Appeals asking that the stay imposed by Judge Andrew Hanen be lifted on the executive actions declared by Obama on November 20, 2014.

My questions are as follows:

In the following motion:

to which we received the following response:

Suggest you reach out to the Attorney General’s office.

One Response to "Why Does “The Constitution State” Support Obama’s Illegal-Alien Executive Actions?"