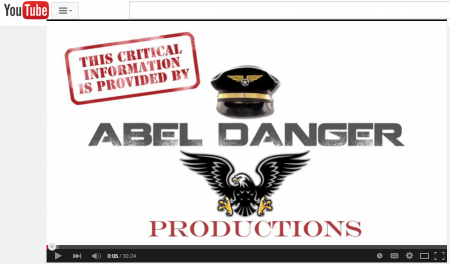 (Mar. 12, 2015) — A video released by Abel Danger Productions about the saga of CDR Walter Francis Fitzpatrick, III (Ret.) in his discovery of Tennessee judicial corruption is now posted on YouTube.

On February 28, the video was uploaded to an article but was not accessible to all readers.

Abel Danger is owned and operated by Lt. Col. Field McConnell, who hosts a radio show by the same name on Mondays, Wednesdays and Fridays on government corruption and current events.

Fitzpatrick moved to Sweeterwater, TN in 2007 to assist an Army staff sergeant, Ray Girouard, who was facing a court-martial on a charge of premeditated murder stemming from his service in Iraq in 2006.  Girouard was convicted and spent four years in military confinement before the verdict was overturned in 2011.

Himself the subject of a retaliatory court-martial in 1990, Fitzpatrick retired honorably from the U.S. Navy in 1994 and dedicated his life to blowing the whistle on unjust treatment, in particular the courts-martial, of military servicemen.

On March 17, 2009, Fitzpatrick swore out a complaint of treason against Barack Hussein Obama for usurping the office of the presidency and ordering a violation of the Posse Comitatus Act after U.S. Army soldiers from Ft. Rucker performed policing activity in the small town of Samson, AL, where a tragic shooting of ten people had taken place one week before on March 10.  Fitzpatrick’s criminal complaint was filed with the U.S. Attorney for the Eastern District of Tennessee and the U.S. District Court in Washington, DC, both of which took no action.

The Army Inspector General confirmed that deploying the soldiers into Samson was a violation of the Posse Comitatus Act.

Fitzpatrick subsequently took the complaint to his county grand jury with a request to testify as to his claims against Obama.  After several months of delay and obfuscation, Fitzpatrick inadvertently learned that the grand jury foreman, Gary Pettway, had occupied the position for at least two decades by selection of a criminal court judge.  Amazed that such a practice could take place without objection by the citizenry, Fitzpatrick first placed an advertisement in the local newspaper to raise awareness.  When that failed to garner a response, Fitzpatrick met with local, state and federal law enforcement officials, all of whom indicated that they were not in a position to take action or that the practice was long established and accepted.

On April 1, 2010, Fitzpatrick attempted to conduct a citizen’s arrest of Pettway but was instead arrested himself and jailed for five days.  On June 3, 2010, he was indicted on six counts by the Monroe County grand jury, with foreperson Angela Davis signing the indictments.  However, Davis had served on a petit jury the year before and by law, should have been barred from any jury service for a 24-month period.  Davis was also a current grand juror when chosen to act as foreperson for that one day.

The Post & Email has learned that grand jurors, foremen and trial jury members are often known to the judges with the apparent purpose of obtaining desired convictions to fuel a prisoners-for-profit operation deeply entrenched in Tennessee.  Neither the governor, state comptroller, attorney general, FBI, TBI, district attorneys general, nor any other law enforcement entity, including a county grand jury, has taken action to stop the racketeering enterprise which preys on Tennessee citizens.

On the morning of March 18 last year, Fitzpatrick took a criminal complaint citing public officials for corruption to the McMinn County grand jury.  While reading a book outside the grand jury room awaiting a decision on whether or not he would be allowed to testify, Fitzpatrick was arrested on a four-count indictment from the grand jury, whose foreman had been changed just minutes before by then-Criminal Court Judge Amy Reedy. 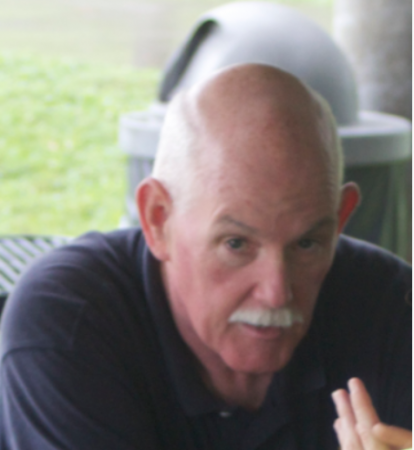 At a pre-trial hearing on June 16, Fitzpatrick’s accuser, former grand jury foreman and bank CEO Jeffrey Cunningham, stated in testimony that he never accused Fitzpatrick of committing a criminal act, yet Cunningham was named as Fitzpatrick’s victim since he had resigned his foremanship at the beginning of March.  At the end of June, Fitzpatrick was convicted of two felonies, aggravated perjury and extortion, and sentenced on August 19 to three years in prison.

A pre-sentencing report written by Judith Hilton-Coffman stated that there was no victim to the crime.  At sentencing, however, Hilton-Coffman changed her story verbally, indicating that a victim had been “found” in the person of Cunningham.

Just prior to the sentencing, Fitzpatrick had predicted on camera that he would be sentenced to prison.

Fitzpatrick is currently housed at the Northwest Correctional Center (NWCX) in Tiptonville, TN, which is close to 12 hours away from the office of his attorney, Van Irion, who practices in Knoxville.

Irion is prominently featured in the video and describes the district attorneys general of the state as having more power than the governor in their respective jurisdictions.

McConnell recently traveled to Telford, UK, where he was interviewed by the British Constitution Group.

The entire Fitzpatrick story can be found in an archive of several hundred articles at The Post & Email, which has additionally received dozens of similar stories of coerced plea-bargains, convictions without due process, and corrupted grand juries used against Tennessee residents and inmates.