The Stupidity of Bloomberg & SAPPA Announcement

“A TSUNAMI OF LIBERTY” 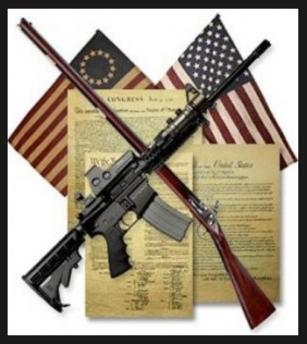 (Feb. 10, 2015) — As we here in New Jersey are coming close to an historic legal filing, just this week, once again, we see  just how treacherous and dangerous the elitist left is in America.  That unconstitutionalist Michael Bloomberg, the one who has more money than brains, has been at it again.  This fool just announced that minorities who live in the urban areas of large cities cannot be trusted with firearms. The late Jim Crow would be so very proud.

Typical of his arrogance, what is his solution to protecting society from the brutality and savagery of minorities with guns?  Why, it’s quite simple:  have the government confiscate all weapons from blacks, Latinos and, Jim Crow may not like this one, white people, too.  See, problem solved.

Of course, this confiscation would not involve disarming Bloomberg’s security staff or any other elitist sporting a huge fat wallet like his.  They would be exempt because, well, they are special.  Oh, yeah, don’t forget, you with the skinny wallet, you’re not.

As usual, he failed to lay out his plans on how he and his band of merry civil rights violators plan to confiscate the weapons of drug lords and other associated vermin.  It’s doubtful Ole Mikey Boy will be donning a flak jacket and leading the charge into the stomping grounds of the Crips and the Bloods.  You know, the places where honest, law-abiding minorities can’t be trusted to defend themselves.

Now for the important announcement:
As many of you know, the SAPPA Group has prepared legislation and volunteers across New Jersey are in the process of requesting their legislators to read it and support it.  If any of them refuse to support the reparation of civil rights for the people of New Jersey, their names will be reported to the SAPPA Group.

Over the last year SAPPA has been giving presentations to groups in New Jersey from North to South and East to West.  They have been signing up volunteers for this venture, and all those who have signed up will be contacted very shortly with more specifics on the date, place and time for the upcoming SAPPA Group organizational meeting.

For those who may be reading about this for the first time, please visit the SAPPA web page here for details.   http://www.tpath.org/sappa.html

Here for your convenience is a breakdown of SAPPA activities:
1. Legal staff prepared the SAPPA legislation.
2. SAPPA Group presented the agenda to various groups in New Jersey.
3. Letters have been sent to the Governor and several Senators.
4. Web site was built (see above) which tracks and details the work and progress.
5. Legal staff worked for over a year to prepare a legal brief which will be filed in the early spring of 2015.  This brief is not only unique in its approach but it is astoundingly detailed and researched.  It is now in its final stages of editing.
6. A list of volunteers has been created.  Those volunteers will be invited to the mid-state meeting at the end of March, 2015.  Agenda will be set, tasks assigned and the final steps will be clarified and implemented in preparation for the filing.
7. At the meeting, volunteers will bring the forms they have completed relating to their legislators and an address will be issued where the last forms can be sent.
8. Registered letters will go out from the SAPPA Group to any remaining legislators who may have slipped through the net.
9. The Legal Brief and Exhibits will be printed and filed and every defendant to be named will be served.

THIS IS THE FINAL ANNOUNCEMENT:
If you have been working, rallying, taking trips to DC or Trenton and like many of us, feel that nothing has been accomplished, that those politicians who are supposed to be representing you have been representing only themselves, the SAPPA Group is now offering you something that will make a difference.

All you need to do is sign up to help and each of you can then be satisfied that you have taken at least one, viable and assertive chop at the humongous barrier the liberals have placed between you and your liberty.

IMPORTANT NOTICE:
1. THE MID-STATE meeting is tentatively scheduled for Saturday, March 28, 2015 at 10:00am.
2. THE EXACT LOCATION will be sent to each volunteer.  It will be as centrally located as possible so drive time can be limited for all.
3. NO ONE will be allowed in unless they have signed up and are on our list and have been invited in the above referenced contact.
4. EVEN if you sign up via the SAPPA web page or the email address listed above, you will not be invited until the SAPPA Group has verified your credentials.  Not a background check.  Simply who knows whom.
5. IF YOU are invited and have already presented SAPPA to one or more of your legislators, please bring the forms you filled out to this meeting.
6. LASTLY, if you have already signed up via the web page or at one of the many presentations the SAPPA Group has given, please do not sign up again.  We have you covered.

Thanks again to all those groups and people who have volunteered and to those who will be doing so.  This legal action will be like a “tsunami of liberty” as it cascades from New Jersey and across our fruited plain.   This may be your last chance to be part of this history changing event.

The Stupidity of Bloomberg & SAPPA Announcement added on Tuesday, February 10, 2015