FROM ” IN DEFENSE OF RURAL AMERICA” 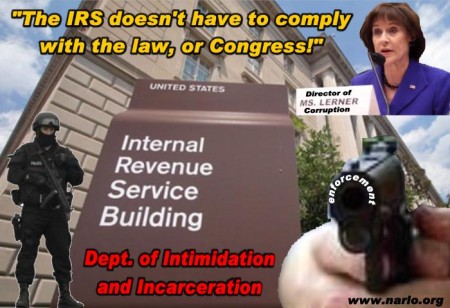 (Feb. 1, 2015) — “Democracy must be built through open societies that share information. When there is information, there is enlightenment.  When there is debate, there are solutions.  When there is no sharing of power, no rule of law, no accountability, there is abuse, corruption, subjugation and indignation.”  Atifete Jahjaga, President of Kosovo

As we continue our articles on corruption, it has become readily apparent that there is almost nowhere to stop, in that waste, fraud, abuse and corruption are not ancillary to government; they are part and parcel of it.  Most of the federal bureaucracies have not only grown into powers unto themselves with little oversight, but they embody this culture of waste, fraud, abuse and corruption.  This is the peril that each new nation faces as it ages, especially if the citizenry is wholly apathetic, as most Americans are today.

None in the list of the ever-growing federal bureaucracies epitomizes this waste, fraud, abuse and corruption more than the Internal Revenue Service (IRS).  Its power to collect or to incarcerate, by virtually any means, is almost absolute.  As many Americans have found out the hard way, challenges to IRS power are met with silence, or the intransigence, arrogance and corruption of America’s judicial system that have become pitch-hitters and enablers of IRS corruption, overreach and abuse.  We wrote about this judicial corruption in our last article entitled:

The history of the IRS is checkered at best, and much of the blame of what the IRS has become can be laid directly at the feet of the U.S. Congress.  Since its creation out of the 16th Amendment in 1913, the IRS Act was reconstituted every two years by Congressional legislation.  Then in 1939, the Internal Revenue Code (IRC) was codified into statute under 26 USC.  Several machinations and revisions to the code took place in the 50’s, then again in the 80’s and once more in the 90’s.  Congress has toyed with it, manipulated it, revised it and bastardized it at almost every Congressional session with new laws to placate some special interest group, advance some social goal, or enhance some business interest.

The Treasury Department and the IRS itself have added to this congressional injustice by piling rule on top of rule in the IRC with no attempt to remove the conflicts or the ambiguities.  With ObamaCare now being tied to it, the IRC has virtually made slaves of every single American who believes they must comply with its twisted, mangled, distorted, confusing and conflicting regulations.

The controversy surrounding the IRS and its underhanded tactics to collect the revenue needed to operate the government is never-ending.  Worse than that, the IRS is being used as a political weapon by this and past administrations.  It’s not just the Lois Lerners in the IRS.  It’s an embedded culture of corrupted power throughout the agency.

Attempts to get to the bottom of its corruption by Congressional oversight are stonewalled by the IRS, the Treasury Department, the Justice Department and the White House, thereby allowing the IRS to continue its illegal and abusive tactics unimpeded.  No one is fined, fired, or sent to jail. As the IRS stonewalls, the questions surrounding the legality of the Internal Revenue Code rage on.

One of the big questions is, are you, an American citizen, a “taxpayer?”  If, in the IRC, there is a specific and legal definition of a “taxpayer” and you do not fit that legal definition, then why are you obligated to pay “income” taxes?  If, in the IRC, there is a legal, clear and concise definition of what is to be construed as “income” and your income does not meet that legal definition, why, then, should you pay any IRS taxes at all?  If we are not a government of laws where those laws have unambiguous meanings, then we are a government and a people in chaos where those with the guns can make up the laws.  That is not a Constitutional Republic, ladies and gentlemen; that is a dictatorship.

“Taxpayer” is a legal term defined in 26USC7701(a)(14) which states, “The term ‘taxpayer’ means any person subject to an internal revenue tax.’”  For a person to be subject to a tax there must be a provision in the law stating clearly that his or her activity makes him or her “liable” for the tax.  There are only two things that create the presumption of “taxpayer” status, and those are the signing of a W4 “withholding allowance” certificate, or voluntarily, with full knowledge and willful consent, executing an Income Tax Return Form 1040.  Without the W4, or voluntarily filing of a Form 1040, the IRS has no legal authority to demand that Americans pay taxes.  To our knowledge there has been no determination by a court of competent jurisdiction declaring under oath or affirmation and under penalty of perjury that an American citizen is a legal term “taxpayer” without the citizen being clearly identified in the statutes or having first volunteered into compliance.

Try to get the IRS to disclose the law which compels such a man or woman to voluntarily submit himself to the Code when the Code itself only compels “withholding agents” to pay the tax withheld from those made liable under Code sections 1441, 1442 and 1443 (See Exhibit 1, “Who is Liable…”).  This conclusion is derived from the term “taxable year” defined in 26USC7701(a)(23) to mean “the calendar year . . . of which the taxable income is computed under subtitle A.”

It is clear that the IRS has nearly everyone convinced that they are “required” to “voluntarily self-assess” their tax liability at least annually and pay to the IRS the amount they themselves have deemed they owe.  This, despite the fact that the IRC only makes “Withholding Agents” liable for filing an Income Tax Return (Form 1040) or for paying a tax.

The income tax law (IRC), however, is the only instance where there is no clear liability provision defining just who is liable for the tax.  Although partners are called “liable” for taxes on partnerships, that “liability” is only in their “individual capacity,” and there is no provision in the IRC making them liable in their “individual capacity.” That, of course, is ambiguous.  The only clear liability provision is section 1461, which specifically assigns liability for the tax to those required to withhold taxes on nonresident aliens and foreign corporations.  While 26USC3403 does require employers to withhold income tax from employees, there is no law that makes the employees liable for the tax in the first place.  Thus, there is no law making the typical American liable for any income tax, unless he voluntarily agrees to be assessed by signing a W4 statement or filing a Form 1040 and signing it under penalty of perjury.

Further, the fact is that the “income” tax is an indirect tax on franchised or privileged activities, not on everyone’s “income.”  The “income” is merely a measure for the tax.  The Congressional Record, Volume 89, Part 2, on Page 2580 for March 27, 1943, states:

“The income tax is, therefore, not a tax on income as such.  It is an excise tax with respect to certain activities and privileges which is measured by relevance to the income which they produce.  The income is not the subject of the tax; it is the basis for determining the amount of the tax.  The U.S. Supreme Court in the case of Flint v. Stone Tracy Co., 220 US 107, in discussing income tax as an excise tax, stated on page 165, ‘It is therefore well settled by the decisions of this Court that, when the sovereign authority has exercised the right to tax the legitimate subject of taxation, as an exercise of franchise or privilege, it is no objection if the foundation of the taxation is found in the income.’”

If any of the above statements are true, and there are many who believe they are, then the entire Income Tax Code is a fraud, irrespective of the fact that the IRS is hopelessly corrupt.  But woe be to the person who acts on the alleged strength of these statements.  The full force of the IRS, the Treasury Department and the Justice Department will come down on the fool who relies on the law, as legally codified in the IRC, to argue that he or she does not owe income taxes.

But remember, if the IRS is attempting to enforce laws (the IRC) on American citizens that do not exist or are not authorized by statute, the IRS is acting under the “color of law.”  Acting under the “color of law” is not only illegal, it amounts to corruption, collusion and conspiracy, if not open tyranny.  The only remedy for the citizen is to sue the government for violation of his or her civil rights under 42 USC Sections 1983 and 1985 in the corrupt judicial system.  Good luck with that.

“It seems to be opposed to all the principles upon which the rights of the citizen, when brought in collision with the acts of the government, [106 U.S. 196, 219] must be determined.  In such cases there is no safety for the citizen, except in the protection of the judicial tribunals, for rights which have been invaded by the officers of the government, professing to act in its name.  There remains to him or her the alternative of resistance, which may amount to crime.”

But if judicial tribunals (our Kangaroo courts) are also corrupt, as we wrote in the above-referenced article, what recourse does that citizen have to defend against a government bureaucracy that is corrupt and has the power to confiscate or incarcerate …. or perhaps even make you disappear?

If Americans cannot root out this systemic corruption in our institutions of government, whether local, state, or federal, the jaws of the vice of unconstitutional legislation, rules, regulations and ordinances will close upon all of us until we will not be able to move in any direction without the permission of that same corrupt government.  Make no mistake that permission will be issued at the point of a gun.

Those who do not have the vision to see this outcome as our only future without intervention by the people are doomed to one day find themselves in chains.  Corruption is the internal enemy of a free nation.  Who would dare rise to expose it?  We do!  Our recent articles on corruption in government, which we have written and continue to write, are our first attempt to do just that.  We intend to build on these articles with specific actions.

NOTE: We’d like to specifically thank Donald Sullivan for his research and contribution to some of the language (shown in italics) that has been presented in this article.

The Embedded and Institutionalized Corruption at the IRS added on Sunday, February 1, 2015