“A HOUSE FULL OF WEAK-KNEED SISSIES” 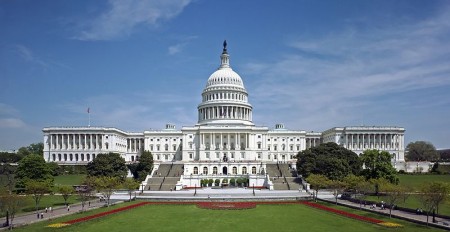 TO:  United States House of Representatives,

A house full of phonies to include Rep. Jeff Miller………a house full of weak-kneed sissies with a ring in their nose pulled along by establishment, self-serving, destructive politicians.

The recent vote on House of Representatives leadership demonstrates only a few stand above the cowardly, immature, braying, betraying bunch of people calling themselves representatives of “we the people.”

To compound the disaster in retaining Rep. Boehner as Speaker, now Boehner and his cronies are firing opposing representatives from committees for simply exercising their right of choice.  Is this a demonstration of a “communist-style” purging of opposition happening right here in America?

What a shameful reflection on our Founding Fathers, to think what God ordained and our Founders suffered for has come to this disgusting betrayal of American principles.

May you who support the incompetent, self-serving House of Representatives leadership all rot in your greed, insatiable power hunger, violation of oath, and suffocate in the putrid stench in the US Capitol.

A Scathing Indictment of the U.S. House of Representatives pb added on Friday, January 9, 2015

One Response to "A Scathing Indictment of the U.S. House of Representatives pb"