“LINK IN THE CHAIN” EVENT SEEKS PARTICIPATION FROM EVERY U.S. COMMUNITY 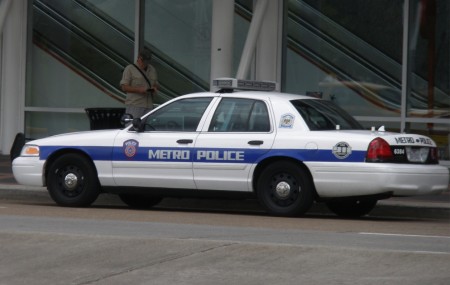 (Jan. 3, 2015) — On December 31, Nohl Rosen, organizer of a movement called “Rally for L.E. (Law Enforcement),” recently announced that a national day for Americans to show appreciation for local law enforcement officers will be held on January 24, 2015.

Rosen has called the upcoming event “Link in the Chain” and established a Facebook page to publicize it.

On Friday, Rosen held a conference call with concerned citizens to further plan and publicize the event.  During the call, the spouse of a law enforcement officer commented, “Life is very difficult right now because we’re not sure if our significant others are coming home,” referring to recent violence committed against police officers in New York and widespread anti-law-enforcement sentiment beginning with the death of Michael Brown in Ferguson, MO in August.

After a St. Louis county grand jury declined in November to indict the officer who shot and killed Brown, riots and extensive damage to Ferguson ensued as well as protests in cities and towns across the country.

On December 20, two NYPD officers were murdered on December 20 while sitting in their patrol car in the Bedford-Stuyvesant section of the city.  Although Mayor Bill DeBlasio expressed outrage, dozens of officers turned their backs to him at the funeral of one of the slain, Rafael Ramos, last Saturday, perceiving him as having promoted an “anti-cop sentiment.”

Prior to the officers’ murders, DeBlasio had appeared sympathetic to protesters decrying what they saw as police brutality projected unfairly against black people.  On December 4, De Blasio had said at a press conference that “black lives and brown lives matter as much as white lives.”

De Blasio also stated that NYPD officers were to be retrained in dealing with minorities because of a “history” of “racism.”

The funeral for the other slain officer, Wenjian Liu, will occur on Sunday.  At his wake on Saturday, New York City Police Commissioner William Bratton told his officers not to disrespect De Blasio despite the fact that “emotions are high.”

Funds have been raised to assist the families of the fallen, with the Stephen Siller Tunnel to Towers Foundation having raised nearly enough as of press time to pay off the two families’ mortgages.  The New York Daily news also launched a fund the day after the slayings.

On December 14, De Blasio was asked by some officers not to attend any potential funerals of NYPD officers who might fall in the line of duty.  It was known at that time that the Black Guerrilla Family (BGF), to which Ramos and Liu’s killer belonged, was targeting police officers in apparent revenge for the deaths of Garner and Brown.

On December 29, The New York Post reported that arrests in the city have decreased by 66% since the slayings.

Other acts of violence against police officers have occurred since the NYPD officers were murdered, including the killing of a 24-year-old police officer in Flagstaff, AZ late last month.

One of Rosen’s organizers reported that there was a rally in Houston, TX four weeks ago attended by approximately 150 people.  She said that as of Friday, representatives from seven cities had committed to participating on the 24th, with an eighth a strong possibility.

On December 13, a group of protesters at a rally held in New York City chanted as they marched, “What do we want?  Dead cops!  When do we want it?  Now!”

Members of The Weather Underground had targeted police stations with bombs during the 1960s and 1970s and may have culminated in the death of a San Francisco police officer in 1970.  Weather Underground founder and former leader Bill Ayers worked with Barack Hussein Obama on at least two Boards of Directors in Chicago during the 1990s.  Ayers admits to having launched Obama’s Illinois state senate campaign in 1995.

“I think the Rally for L.E. really got started from the rally in Phoenix,” Rosen said, referring to the first event he organized in Phoenix, AZ at which 50-60 people were in attendance.  “I think it’s great that we have rallies online, but I think it’s much more personal and would be seen by a lot more of the police if we’re physically out there so they can see us, we can see them and have a chance to talk.  I got tired of law enforcement continuously taking a beating from anti-cop protesters, agitators and anarchists.  We’re just growing from what we did in Phoenix, which inspired Houston to have a rally.”

Rosen reported that Cleveland, OH has already hosted a rally and that was described in a news report as “the biggest pro-police rally in Cleveland’s history, meant to show another side to law enforcement.”

Northeast Ohio residents have been displaying blue light bulbs to show support for local law enforcement and that “police lives matter.”  After the death of Staten Island resident Eric Garner when an NYPD officer attempted to subdue him during an arrest, Al Sharpton and other black activists coined the phrase, “Black Lives Matter.”

A post left by a representative of the “Electric Blue Foundation” led to that group’s Facebook page which featured a “virtual event” called “Operation #PoliceLivesMatter” had more than 250,000 participants on Twitter on New Year’s Day.

Rosen said that he believes the rallies are bringing neighbors together with the common sentiment that local police work hard to keep their communities safe and should be respected.

A strong Second Amendment supporter, Rosen pointed out that those who legally carry firearms can assist the police during an emergency, while those living in cities such as New York with stricter gun laws are less able to defend themselves, thereby relying more heavily on police.