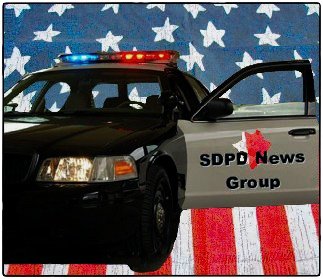 The repeated public comments by Holder and Obama about a criminal, Michael Brown, continue to foment racial strife.  Brown weighed 325 pounds, was high on drugs, robbed a convenience store, manhandled the owner of the convenience store, and refused to follow the orders of a police officer who was dispatched to investigate the convenience store robbery.  Brown then beat the police officer in his own car while trying to take his gun.  After the attack on Darren Wilson, Brown refused to halt as ordered.  Instead of halting, Brown turned and tried to attack Wilson for a second time.  According to the testimony of five black witnesses, Brown was charging Wilson like a football player when he was shot in self-defense.  A grand jury impaneled long before the shooting of Brown, which included three black members, found Brown’s shooting to have been committed in Wilson’s self-defense.

Obama and Holder’s public comments have resulted in street demonstrations, the torching of stores, and the firebombing of many cars which is perpetrating racial divides.  Over the past 6+ years, Obama and Holder’s public comments have aggravated and perpetuated significant racial strife.  Holder announced to the nation that he has ordered the Justice Department to conduct a federal civil rights investigation to determine if a criminal high on drugs who robbed a convenience store, beat a police officer, then tried to disarm him and charge him a second time had his civil rights violated by the officer.

Does anyone remember Detective Melvin Santiago?  He was a Jersey City police officer who was shot to death on July 13th.  Santiago was white.  His killer, Lawrence Campbell, was black.  Does anyone recall Obama appearing before national television and calling for justice for Officer Santiagos family?  Does anyone recall Eric Holder rushing to Jersey City to see that justice was done?

How about Officer Jeffrey Westerfield? He was a Gary, Indiana police officer who was shot to death on July 6, 2014. Officer Westerfield was white, his killer, Carl LeEllis Blount, Jr. was black. where was Obama? Where was Holder?

Officer Perry Renn was an Indianapolis, Indiana police officer who was shot to death July 5, 2014, the day before Officer Westerfield was killed. Officer Renn was white. His killer, Major Davis, was black. I don’t recall any mention by Obama about the untimely death of Officer Renn. and, I doubt that Eric Holder rushed to Indianapolis to make sure justice was served.

Vermillion Parish Deputy Sheriff Allen Bares was gunned down by two men June 23, 2014 in Louisiana. Deputy Bares was white. His two killers, Quintlan Richard and Baylon Taylor were black. Was Obama outraged? Did Eric Holder rush to Louisiana to make sure that the family of Deputy Bares found justice?

Detective Charles Dinwiddie of the Killen, Texas Police Department was murdered on May 11, 2014 by Marvin Lewis Guy, a black male. Officer Dinwiddie was white. Do you recall seeing anything about that on the news? Certainly, the white citizens of Killeen didn’t take to the streets to loot and burn businesses. Do you recall any mention of Obama or Holder here?

Then, there is Officer Kevin Jordan of Griffin, Georgia Police Department. He was gunned down on May 31, 2014. Officer Jordan was black, his killer, Michael Bowman was white. This was a white man murdering a black police officer. Where was Jesse Jackson? Where was “The Reverend” Al Sharpton? Was there looting and burning on the streets of Griffin, Georgia? No, in fact, we don’t recall hearing about this one in the news as well. Why? You can draw your own conclusions.

Over that 60 day period, there have been five reported deaths of police officers by gunshot in the U.S. Of those, four were white officers who were murdered by black men. Blacks complain that white officers treat black men more aggressively on the street. You can draw your own conclusions on that one, as well.

The Killing of White Police Officers by Blacks Ignored added on Friday, December 5, 2014