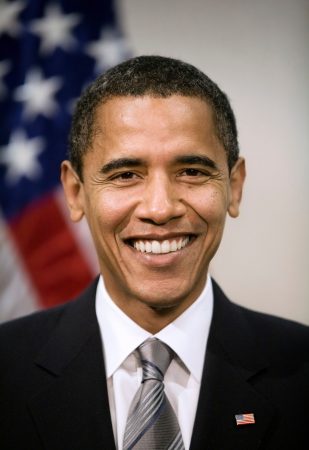 (Nov. 19, 2014) — On Wednesday, Politico Magazine published an editorial by Sen. Ted Cruz (R-TX) titled “Obama Is Not a Monarch” in which Cruz claims that Obama has overstepped his constitutional authority by pushing ahead on his plans to declare “executive amnesty” without any action from Congress.

Since 2009, Obama has stated that he intends to alter current immigration law with or without Congress. Directly following the November 4 midterm elections, the White House announced that Obama will take action on his own to allow millions of illegal aliens, who broke U.S. law to arrive and remain in the country, to obtain legal status.  According to The Washington Post, Obama will issue his “diktat” on Thursday.

Article I of the Constitution states that only Congress has purview over the crafting or alteration of legislation.  The Legal Information Institute of Cornell Law School states:

Federal immigration law determines whether a person is an alien, the rights, duties, and obligations associated with being an alien in the United States, and how aliens gain residence or citizenship within the United States. It also provides the means by which certain aliens can become legally naturalized citizens with full rights of citizenship. Immigration law serves as a gatekeeper for the nation’s border, determining who may enter, how long they may stay, and when they must leave.

Congress has complete authority over immigration. Presidential power does not extend beyond refugee policy. Except for questions regarding aliens’ constitutional rights, the courts have generally found the immigration issue as nonjusticiable.

Cruz was born in Calgary, Alberta, Canada to a Cuban-citizen father and American mother.  It is unknown whether or not Cruz’s parents filed an application for dual Canadian-U.S. citizenship for their son.  Cruz said last year that he was unaware that he had always held Canadian citizenship, which he renounced earlier this year.  Cruz has been widely speculated to be a 2016 presidential candidate.

Article II, Section 1, clause 5 of the U.S. Constitution requires that the president and commander-in-chief of the military be a “natural born Citizen.”  Many constitutional scholars have concluded that the term of art refers to a person born in the country to two parents who are citizens of the country.  Requirements for members of Congress are stated as simply “Citizen,” along with age and residency stipulations.

A FOIA request sent by email on October 21 to the U.S. State Department to obtain a copy of Cruz’s “Consular Report of Birth Abroad,” which, if it exists, would indicate that Cruz was born a U.S. citizen as well as a citizen of Canada, has not yet been addressed.  It has taken various departments in the Obama regime 18 months or longer to respond to some FOIA requests, with some remaining unaddressed.

An inquiry made to Cruz’s press office last month did not receive a response.

In making the case that Obama is behaving like “a monarch,” Cruz states, “When the President usurps the legislative power and defies the limits of his authority, it becomes all the more imperative for Congress to act. And Congress should use those powers given to it by the Constitution to counter a lawless executive branch—or it will lose its authority.”

Cruz calls Obama “lawless” and suggests that the 114th Congress to be seated in January refuse to confirm “a single nominee—executive or judicial—outside of vital national security positions, so long as the illegal amnesty persists.”

In his op-ed, Cruz predicts that Obama will “threaten a [government] shutdown,” referring to a new short-term appropriations bill which must be passed by Congress on or before December 12 to keep the federal government in operation.  While many Republicans do not wish to see a repeat of the shutdown last fall, some are considering including wording in the appropriations bill to preclude funding for “executive action” Obama might decree in regard to illegal aliens.

Cruz tweeted a link to his editorial which appears on his website.

The following is The Post & Email’s response to Cruz’s editorial.

Your article entitled “Obama Is Not a Monarch” is written with passion, cogency and the correct identification of Barack Hussein Obama as a usurper.  However, despite your love for this country and purpose of offering an alternative to a government shutdown should Obama issue a decree of “amnesty” for millions of illegals, you still fail to address the real problem confronting us.

You are correct in that Obama is a usurper, but before usurping Congress’s legislative powers, he usurped the office of the presidency.  Through the mists of “Hope and Change” and Americans’ disillusionment with Middle East wars, Obama promised a new beginning for America.  While masquerading as an American himself, Obama foisted an empty shell of a man, a man who had to lie to attain the office of the presidency, on unsuspecting American voters who believed that political parties, Congress, the Supreme Court, the CIA, FBI, Federal Elections Commission or someone actually vetted candidates for the highest office in the land.

How wrong we realized we were as, in November 2008, two questionably-eligible candidates were placed on state ballots across the nation for the office of president.

We called, we wrote, we faxed, we had face-to-face meetings in your offices, long before you yourself were elected.  We voiced our concerns to members of the 111th, 112th, and 113th Congresses that Obama is not a “natural born Citizen” and therefore could not have the best interests of the country at heart.

In both January 2009 and January 2013, Congress refused to vet Obama as constitutionally eligible to occupy the Oval Office.  By 2013, there was no excuse, as Obama’s long-form birth certificate and Selective Service registration form were declared “computer-generated forgeries” by a law enforcement investigation conducted by the Maricopa County Cold Case Posse because no one else possessed the courage to do it.

In your op-ed, you stated that “If the President will not respect the people, Congress must,” but Congress has already spat in “the people’s” faces, laughed at us, derided us, and pretended that the Emperor, or “Monarch,” as you say,” was wearing clothes when in fact, he was stark naked.

Some of you on your own thrones in Washington, DC have, along with Obama’s sycophants, accused us of being “racist” because we criticized Obama’s Marxist world view and totalitarian style.  Last week a congressman suggested that if Obama is impeached, it will be because of “racism.”

Some of you told Cold Case Posse lead investigator Mike Zullo that you refused to take action while knowing that Obama’s birth certificate and Selective Service form are “computer-generated forgeries,” and for that, you should all go to prison.

Obama has committed a litany of crimes with the help of his cabal of government-funded supporters who have hacked our websites, tapped our telephone lines, threatened us through email, and tried to destroy our reputations.  Obama could never have remained in office this long had he not had the willing accomplices of the mainstream media, black members of Congress who chose to use the “race card,” and a Congress unwilling to take up their constitutional duty.

All of you are responsible for the ruins in which America now finds herself.

You know that Obama has been accused of “criminal identity fraud” by the North American Law Center in its Articles of Impeachment, yet you have done nothing.  You know that he has lied about the terrorist attack in Benghazi, Libya; the IRS’s targeting of certain applicants for tax-exempt status; the spying by the NSA on innocent American citizens; the surge of unaccompanied youths and gang members over the southern border; the stimulus bill passed the first year he usurped the office of the presidency; and his “signature” health care bill, Obamacare.

You know that he lies as easily as he breathes, yet you have done nothing to expose him.

Sen. Cruz, you do not need to have a “showdown” to counter Obama’s likely “temper tantrum.”  You can pick up the phone and call Mike Zullo to ask for updated information on not one, but two investigations launched into transgressions committed by Obama and/or his criminal assistants.  You can contact him here.  You can ask Sheriff Arpaio for a private meeting to learn about his own investigation, the results of which are expected to be released in the near future.

Absent all of that, you can call for your own investigation into the forgeries which Obama has put forth with “the intent to deceive” the American people into believing that he is who he says he is.

While the idea of actually unearthing Obama’s deepest, darkest secrets may be daunting to you, Senator, I assure you that a majority of Americans are ready to hear it.

Had your colleagues and you been willing to listen to “the people” concerned about the constitutional eligibility, and therefore, allegiance, of their president and the purported commander-in-chief of the military, we would not find ourselves in this most dire of constitutional crises.

While Obama is working as assiduously as possible to tear apart the fabric of our society, culture, and norms, issue “law” with his “phone and pen,” misrepresent us overseas, lie about every possible nefarious plan he wishes to carry out against America, you might be researching the findings of the posse and really working for “the people” you claim to represent.

All of the insults and injuries Obama has wreaked upon this unsuspecting nation will be exposed if you will find the truth, but I doubt you will.  Instead, all of you will proceed as if Obama is legitimate, just as you always have, leaving “the people” to suffer from a man who was never vetted and cannot possibly be the Founders’ idea of a “natural born Citizen.”

The entire corporate media cabal’s failure to investigate the crimes Obama has committed has done nothing but make matters worse.

Sen. Cruz, now is the time.  The America people are fed up.  We know Obama is a fake, a fraud, a shyster, a criminal with a big smile.  We know his regime is full of like-minded shady characters who have done his bidding, caring not that he is masquerading as president.

If you really intend to do your constitutional duty, as you so passionately state in your op-ed, you will call for an immediate investigation into Obama’s forged credentials and allow him to face the consequences of his deceit and treason against the United States.  In so doing, you will have fulfilled your stated promise to “stand up to this lawless President.”

I await your response, sir.

Sen. Cruz, This is What You Can Do to Stand Up to “This Lawless President” added on Wednesday, November 19, 2014

4 Responses to "Sen. Cruz, This is What You Can Do to Stand Up to “This Lawless President”"