ELECTION-DAY REGISTRANTS’ VOTES TO BE COUNTED EVEN IF PERJURY COMMITTED 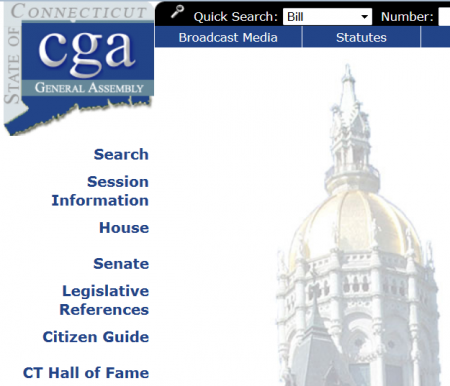 (Oct. 31, 2014) — In a press release issued on Friday, Connecticut Secretary of the State Denise W. Merrill reminded “eligible voters” that they are now able to register on Election Day and cast a ballot at specially-designated locations throughout the “Constitution state.”

The release states that “proper documents” must be presented to prove eligibility, although the specific documentation required is not identified.

On July 1 of last year, a new law signed by Gov. Dannel Malloy, who is seeking re-election on Tuesday, took effect which allows potential voters to change municipalities or register to vote for the first time and cast a ballot after attesting, under penalty of perjury, to be “eligible to vote in the election indicated for today in the town indicated.”

The determination as to whether or not the individual has provided proof of eligibility is made by the “registrars of voters.”

A provision of the law reads:

(i) After the acceptance of an election day registration, the registrars of voters shall forthwith send a registration confirmation notice to the residential address of each applicant who is admitted as an elector on election day under this section. Such confirmation shall be sent by first class mail with instructions on the envelope that it be returned if not deliverable at the address shown on the envelope. If a confirmation notice is returned undelivered, the registrars shall forthwith take the necessary action in accordance with section 9-35 or 9-43 of the general statutes, as applicable, notwithstanding the May first deadline in section 9-35 of the general statutes.

Section 9-20 of the Connecticut General Statutes (CGS) mandates that “(a) Each person who applies for admission as an elector in person to an admitting official shall, upon a form prescribed by the Secretary of the State and signed by the applicant, state under penalties of perjury, his name, bona fide residence by street and number, date of birth, whether he is a United States citizen, whether his privileges as an elector are forfeited by reason of conviction of crime, and whether he has previously been admitted as an elector in any town in this or any other state. Each such applicant shall present his birth certificate, drivers’ license or Social Security card to the admitting official for inspection at the time of application…” [Emphasis The Post & Email’s].

There is also a law governing the casting of “presidential ballots” for persons who relocated from one town to another within 30 days of the election and could not otherwise cast a ballot in their new town.

As we approached publication time on Friday, Merrill’s office issued a second press release stating that she will be holding a pre-election press conference on Monday, November 3 at 11:00 a.m. at the State Capitol in Hartford to disseminate information about Election Day registration.   It was also announced that members of the Connecticut Bar Association will assist with “potential problems at the polls.”

Hello, Mr. Harris, specifically which documents are acceptable to “provide proof of identity and residency” regarding Election Day voter registration?

I checked Section 9-12 of the CGS, which doesn’t say how a person proves he/she is a U.S. citizen.

to which Harris responded:

Voters in Connecticut are not required to prove citizenship to vote.  They attest on penalty of false statement (felony) that they are US citizens, over the age of 18, residents of the town, and that all information they are submitting for voter registration is true and accurate.

In terms of identifying documents, there are a number of them:

Photo ID of any kind

Documents with name and signature, or name and photo

We then asked Harris:

If a person attests falsely and his vote is found to have been fraudulent after it was counted, is the final vote count adjusted before certification?

Probably not since those investigations take more time than the quick turnaround required by law for the vote to be certified.  But one could certainly challenge the certification in court if they feel it is illegitimate for any reason, and that person who committed false statement would face felony prosecution.

We thanked him for his responses, then asked the following final question:

Do you know of any cases in the 2013 elections where non-citizens were found to have voted?  If so, were they prosecuted?

I know of none, but I would check with the State Elections Enforcement commission, they may have more details

In May of last year, Malloy signed a bill approving drivers’ licenses for illegal aliens, the issuance of which is scheduled to begin on January 1, 2015.

Question 1 on the Connecticut November 4 ballot asks electors if the state constitution should be amended to allow expanded voting by absentee ballot and “eliminate the constitutional deadlines by which election moderators must submit their election returns to their town clerks and the secretary of the state.”

The constitutional amendment proposal is favored by Democrats and opposed by Republicans in both chambers of the Connecticut General Assembly.  It is also favored by the League of Women Voters, which describes itself as “non-partisan” but supports efforts to combat “climate change” and “reforming immigration.”