PASTORS PUSH BACK AGAINST GOVERNMENT BULLIES 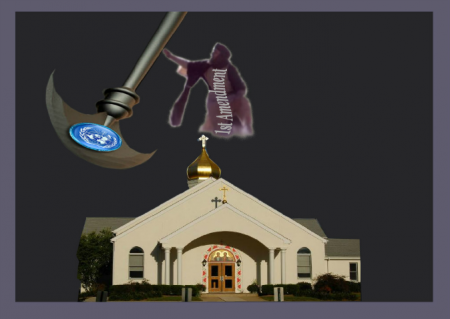 (Oct. 23, 2014) — Recently the town council of Houston added its name to a long list of constitutional bullies.  It recently attempted to infringe upon its citizens’ 1st Amendment rights by conducting a witch hunt against Houston’s churches in an attempt to find something that will justify removing their tax-exempt status. But its actions may have proven that the proverbial last straw does actually exist when it comes to assaults against our rights to worship freely.  Not only have Houston’s churches refused to submit to politically-correct bullies; they have done what churches around the country should have been doing since 1954. When Lyndon B. Johnson subversively attached the Johnson Amendment to a piece of IRS legislation and silenced the political voice of the churches, the churches remained silent.  But not this time.  This time Houston may have gone too far and forced the churches to finally take a stand.  And for that, we thank you, Houston!

Unfortunately, there is a long list of assaults against our constitutional rights that go unnoticed, and when noticed make the news momentarily but are quickly forgotten.  It would be a gross understatement to say this country is in dire straits. And until now and the situation in Houston, little has been accomplished against the many assaults against our rights. But before trying to figure out how to take our lead from the churches that are finally taking a stand, let’s try to understand the full breadth of our fall by taking a look at some of the other assaults that have taken place against our liberties.

The encroachment upon our rights by the United Nations alone is enough to make one’s head spin. On page 115 of his book, International Merger by Foreign Entanglements, Arthur Thompson lists the gamut of man’s life and activities impacted by UN initiatives.  They are as follows:

Unfortunately, the list above is not comprehensive.  Thompson did not include treaties that are pending ratification by our Senate, such as:

While some may think that aspects of the treaties above sound beneficial, a closer examination of each reveals that they stealthily usurp our personal rights as well as surrendering our national sovereignty to councils that for the most part are populated with thugs and mass murderers. If common sense ruled the world, these nations would be surrendering their sovereignty to us. Unfortunately, common sense is not all that common.

Regrettably, the picture is bleaker still when you consider that our own government has infringed upon just about every right they swore to protect in our Constitution, as well as those that our Founders never in their wildest imagination thought they would have to protect in our Bill of Rights, such as education or parental rights.  Although most conservatives are aware of the assaults our own government has made against our God-given and civil rights, for the sake of thoroughness I will list the most obvious: Common Core education that usurps parental rights regarding educational standards and gives them to the federal government; firearm regulations that infringe upon our right to keep and bear arms; bully and hate speech legislation that deems moral and religious issues to be a matter legislated by the state and infringes upon our freedom of speech and right to worship as we see fit; uber environmentalism that infringes upon our property rights (think Nevada and the Bundy ranch); the right to choose your doctor and your health care plan (think Obamacare); eminent domain laws that exceed the intent of our Founders (think Agenda 21); destruction of voter integrity; failure to protect our borders; failure to protect our troops with proper equipment and issuing absurd Rules of Engagement that prevent them from protecting themselves; failure to run our economy in a responsible manner, failure to…well, you get the picture.

Depressed?  You should be.
However, all is not lost. Our problem in fighting these many assaults lies in our failure to realize that we have been engaged in a spiritual battle for the very soul of America. Therefore we have made the mistake of fighting this battle on the devil’s terms. If we want to win, we must change strategy. You can’t win a fight against any demon in a court of law or even in an election booth.  Of course we must continue supporting candidates that understand that government’s role is to protect and preserve our constitutional rights and not solve our problems, but there is more we can do.  We can take our lead from the churches in Houston and stand up to the bullies in government that have not only infringed upon our rights but have somehow managed to convince a great number of people that they have done it for our own good.  The Houston 5, as they are referred to, did not just refuse to submit to the intimidation and comply with the bully request, they are launching an offensive and going after the bullies in court.

To be sure, this is a spiritual battle; therefore, standing up also means kneeling down. Do all you can to stand, but while standing, kneel prayerfully and with the realization that only God can save America.  At this point in time, when we consider just how far we have fallen and how much we have lost, we should realize that our demise has been orchestrated in the pits of hell.  However, the good news is that our Redeemer lives and no demon in hell or on earth can withstand His power.  Houston is proving that and we should embrace it.  The battle may have escalated and we may have lost an incomprehensible amount of ground, but it can still be won – not by might, nor by power but by His Spirit. Can I hear an “Amen!”

One Response to "Thank You, Houston"