(Oct. 17, 2014) — On Wednesday, the man posing as United States President known as “Barack Hussein Obama” announced to the public that he “felt perfectly safe” after coming in direct contact with nurses at Emory University Hospital in Atlanta, where confirmed Ebola-infected patients are treated.

At the same time, Obama declared that “a new protocol” would be initiated as fears of a nationwide Ebola outbreak have mounted following the infection of two nurses who cared for Thomas Eric Duncan, a Liberian man who died from the disease.

On Thursday, The Post & Email’s editor was in a hospital setting and overheard nurses and health aides express their dismay at the Obama regime’s failure to stop flights into the country from West African nations significantly impacted by Ebola, which include Guinea, Sierra Leone, and Liberia.  Hospital staff openly discussed the fact that there is no set Ebola protocol at the large Connecticut city medical center where they work on the heels of a report of a man at Yale-New Haven Medical Center having been hospitalized with Ebola-like symptoms on Thursday morning.

Earlier that morning, two commercial radio hosts expressed their disbelief that Obama and his CDC chief, Dr. Tom Frieden, had not stopped certain flights into the U.S. to stop the spread of Ebola.  Calls for Frieden to resign for incompetence were also strongly voiced.  A caller to the show referenced a Western Journalism report quoting SOUTHCOM Gen. John F. Kelly’s statement that Ebola-exposed Africans could make their way to Central American countries and then cross over the unprotected U.S. southern border.  For at least the last year, the Obama regime has allowed Central Americans, Asians, Middle Easterners and others to enter the U.S. by the tens of thousands, with a falling number of deportations since 2009.

A reported 167,000 criminal illegal aliens have been released into the general population in secrecy, some of whom are convicted murderers, rapists and burglars.

The Centers for Disease Control (CDC) has stated on its website and to the public that Ebola cannot be transmitted through the air, although the World Health Organization (WHO) reports:

Common sense and observation tell us that spread of the virus via coughing or sneezing is rare, if it happens at all. Epidemiological data emerging from the outbreak are not consistent with the pattern of spread seen with airborne viruses, like those that cause measles and chickenpox, or the airborne bacterium that causes tuberculosis.

Theoretically, wet and bigger droplets from a heavily infected individual, who has respiratory symptoms caused by other conditions or who vomits violently, could transmit the virus – over a short distance – to another nearby person.

This could happen when virus-laden heavy droplets are directly propelled, by coughing or sneezing (which does not mean airborne transmission) onto the mucus membranes or skin with cuts or abrasions of another person.

On Thursday, the man who just returned from Liberia, where he was “researching” Ebola, was declared by Yale-New Haven Hospital to have tested negative for the deadly disease.  However, the CDC has not yet issued its final disposition on the patient, who remains hospitalized.

On Wednesday, Obama canceled fundraising events in New Jersey and Connecticut to hold meetings with cabinet members on the U.S.’s response to Ebola. Obama has generally maintained scheduled fundraising and golf outings through various world crises and atrocities, including resuming a golf game following his brief remarks after a video of American journalist James Foley being beheaded was aired by the vicious terrorist group ISIS.

The News Observer has chronicled a list of national and international events during which Obama held scheduled fundraisers and met with celebrities, many of them over this past summer.

The day after the deaths of four Americans in Benghazi, Libya on September 11, 2012, Obama attended a scheduled fundraiser in Las Vegas, NV for his re-election campaign, only fleetingly referencing the terrorist attack on the U.S. compound reportedly used by the State Department in a new indictment issued by a federal grand jury against one of the perpetrators.  A nearby CIA building was also attacked.  The indicted man, Ahmed Abu Khatallah, conducted interviews with several media outlets in which he discussed his knowledge of the attack for the nine months between the event and his apprehension.

In an update on the Ebola outbreak, the AP reported that “Health officials said Thursday they still don’t know how two Dallas nurses caught Ebola from a patient, as criticism increased from lawmakers who questioned whether the U.S. is prepared to stop the deadly virus from spreading in the country.”

One of the nurses was allowed to fly from Ohio back to Dallas with a low-grade fever, with potentially hundreds of people exposed to Ebola.

CDC director Dr. Tom Frieden, who testified to members of Congress on Thursday, reportedly is “trying to figure out” how the two Texas nurses contracted the disease. Various reports have surfaced that there was no formal protocol in place at Texas Health Presbyterian Hospital, where Duncan was admitted and passed away on October 8.  When news of the first infected nurse was released, the CDC immediately claimed that a “breach in protocol” had been the cause.

Obama’s fundraising events on Thursday were also canceled, but on Friday, he reportedly “resumes the semblance of a regular schedule Friday as he and his staff continue to deal with the threat of Ebola.”

Since late 2007, Obama’s origins, background and constitutional eligibility have been questioned given his alleged Kenyan father; his reported four years spent and educated in Indonesia as a child; his statement that the morning Muslim prayer is “one of the prettiest sounds on earth,” and his demonstrated obeisance to the Saudi King in 2009.

The two “documents” Obama has presented to the public, a long-form birth certificate image on the White House website and a purported Selective Service registration form mailed to FOIA requesters since late 2008, have been declared “computer-generated forgeries” by a criminal investigation spanning more than three years.  Lead investigator Mike Zullo has stated publicly that the posting of the long-form birth certificate image was done “with the intent to deceive.”

If Obama failed to register for the Selective Service, he has violated federal law in serving in the U.S. Senate and in his occupation of the White House.

Would a sane person present fraudulent documents to the public and not expect to be exposed as a liar?

Obama has been stated to have “African roots.”  During 2008, he campaigned for his alleged cousin, Muslim Marxist Raila Odinga, in Kenya, in possible violation of The Hatch Act. Obama’s family has visited South Africa, with his two daughters photographed wrapped in that nation’s flag as they debarked a U.S.-taxpayer-funded flight to Pretoria.

Obama’s reported travel to Pakistan in 1981, failure to release college records and applications even when offered $50,000,000 for a charity of his choice in exchange, and inconsistent life story have never been explained.

A third psychologist, Dr. Paul Fick, said two years ago that Obama is “way beyond narcissism. Yes, he has narcissistic symptoms, but he also suffers from paranoid tendencies and oppositionalism. This combination makes him a dangerous and destructive president, filled with carefully hidden anger that he is exacting upon America, which he consciously and unconsciously hates.” 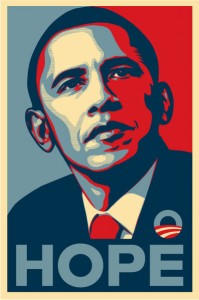 Trained psychiatrist and now political commentator Charles Krauthammer has maintained that Obama is “a narcissist who ‘talks like the emperor, Napoleon.’”

In 2008, Obama campaigned on the mantra of “hope and change.”  Has he shown himself administratively incompetent, or is he mentally incompetent?

Despite the numerous lies, deceptions and obfuscation, Obama continues to advise Americans not to be “cynical.”  In July, he told a Minneapolis audience, “Cynicism may masquerade as wisdom, but it can’t liberate a continent, invent the Internet or send a man to the moon. Cynicism is a choice, and hope is a better choice.”

5 Responses to "Has Obama Lost His Mind?"