HOW CAN SCHOOLS BE PROTECTED? 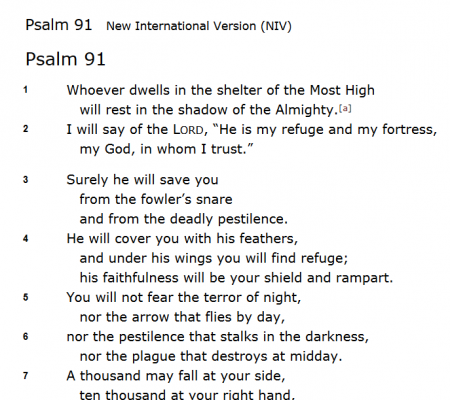 (Sep. 25, 2014) — My skin is still crawling as I contemplate the words of Dr. Bruce Porter, my regular show guest and friend.  Bruce is a firefighter chaplain, 1st responder and pastor who has been at and ministered to droves of people after 9/11, 2001 in New York, the families of the Columbine school horror and survivors of the Beslan school massacre in Russia.  Dr. Porter has written about these events and shared the tragic details on my show many times.  He is the real deal.

This week on my show it was different and hit home as I interviewed him.  A praying man, Bruce said he heard strongly from the Holy Spirit while praying. He heard the words “ISIS-Islamic radicals will kill your children.”  He knew immediately in prayer God was warning him about ISIS, now peppered throughout America, no doubt waiting for the right moment to attack us.  Bruce asked the question, where could they attack us that hurt us most?  “Imagine if they took over a school and started torturing and beheading our children.”  Bruce said he hopes he was wrong but he got the strong impression it would be an attack in the U.S. on multiple schools.

I know Bruce and have for many years.  He is the real deal and a man of God who hears from God.  If he tells me that God told him in prayer that “ISIS will kill our children” and we are certain they are peppered throughout America and hiding out for an appointed time…I believe him.  My stomach is still crawling as I contemplate our shameful lack of protection and/or police at most public schools in America.  They are mostly sitting ducks.

I am most afraid that we have, in our naïve and stupid political correctness, set up America’s public schools for a massacre.  Tragically, it seems that the next massacre won’t happen by Satanist or drugged kids with guns, but by ISIS who has already shown us what they will gladly do to kids in Iraq.  They have beheaded many babies and put their heads on sticks next to schools to terrify parents and other kids.  They have sawed children in half and buried women and children alive in mass graves.

It would be nothing for an ISIS sleeper cell to show up and capture a school with only an unarmed teacher with an attitude at the front of a school.  Many schools don’t even have that.

In the bloodbath of threats and Islamic danger we currently live in, now the Holy Spirit warning Dr. Bruce Porter – firefighter chaplain and 1st responder, in prayer, AND…knowing most likely that ISIS members are already here and planning attacks…it is time to act, and NOW.  This is not Laurie Roth going off but Laurie Roth warning us that our kids are in danger in America.  Let’s do something about it, and now.  My kids are in school also, folks.

Parents, call your schools and demand more security.  Volunteer to walk the perimeters and wake up the police and militias in your towns and counties.  Demand that armed guards be on the premises.

Obama says on national TV and to the world that we are at war with ISIS and so we drop bombs in Syria and lob a few in Iraq, but what about the threat of ISIS in America?  Only last week, Judicial Watch confirmed ISIS members just across the Texas border in Mexico.  Frank Salvato confirmed with his military source that there were 200 ISIS members just across the border working with drug cartels to get across.  Others informed me they had already seen ISIS members and symbols at locations in Houston.

Is Dr. Bruce Porter hearing things and wanting attention?  You decide, but in the meantime, can we start protecting our schools?  Spread the word to your representatives and senators.  Pray for Psalm 91 protection over your families and schools.  Volunteer to guard your schools and demand armed guards at our schools.

Israel doesn’t have school shootings or Islamic terrorists showing up in schools because every school in Israel has armed guards who are trained and who protect the kids with their lives.  What do we do in America?  Protect our kids with a cup of coffee or ‘wish?’  Wake up, people.  I think our schools are in grave danger, and now.

Is ISIS Going to Attack Our Schools in the US? pb added on Thursday, September 25, 2014