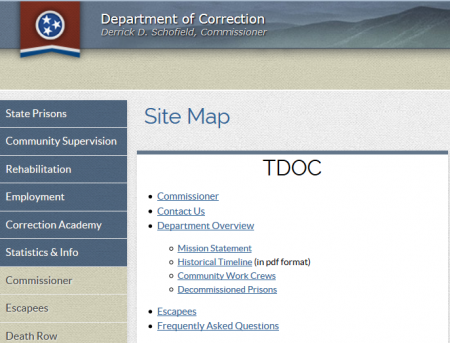 (Sep. 3, 2014) — At 3:30 p.m. EDT, The Post & Email will provide an update on the Abel Danger radio show on CDR Walter Francis Fitzpatrick, III (Ret.), who is imprisoned at the Bledsoe County Correctional Center (BCCX) in Pikeville, TN after having been convicted of two felonies on June 24.

Fitzpatrick’s sentencing hearing was held on August 19, during which Judge Jon Kerry Blackwood was reported to have disparaged people “talking about their constitutional rights” and expressed disdain for whether or not the grand jury foreman is chosen “illegally.”

At 3:16 p.m., investigator and cohost of Abel Danger is speaking about what he believes Barack Hussein Obama was doing in Pakistan in 1981.  At 3:22, Hawkins echoed the claim of Atty. Stephen Pidgeon, who composed Articles of Impeachment in July and said that a former CIA agent told him that Obama has been using a manufactured identity.

The Post & Email has heard from a source inside of Bledsoe which reports that Fitzpatrick is healthy and comfortable inside the facility.  Fitzpatrick believed it was his constitutional duty to point out transgressions on the part of judges, court clerks, law enforcement officers and prosecutors to his local grand jury in McMinn County, which in turn indicted him for three felonies and a misdemeanor.

McMinn County is one of four counties in Tennessee’s Tenth Judicial District, where grand jury foremen are chosen by judges without a vetting process and serve for an indefinite amount of time at the pleasure of the judge as a county employee.

On September 3, The Chattanooga Times Free Press quoted Tenth Judicial District chief prosecutor Stephen Crump as having described the grand jury as “an independent body exercising independent jurisdiction who can hear facts from … anyone they choose to hear from.”

After reading the article, The Post & Email left Crump a voice message at his Cleveland, TN office taking issue with his characterization of the “grand jury,” contending that if the grand jury were a truly “independent body,” it would have been able to investigate Fitzpatrick’s claims of public corruption without impediment from the judicially-chosen foreman.  We stated that “if that were true, CDR Walter Francis Fitzpatrick, III (Ret.) would not be sitting in state prison now.”

The Post & Email To Give Update On Walter Fitzpatrick on Abel Danger Wednesday at 3:30 p.m. EDT added on Wednesday, September 3, 2014