For nearly 6 hours, patriots from across the state united to voice their support of Donnelly’s protest after he publically declined Governor Brown’s invitation to Honor the Mexican President.  Donnelly began  his formal  RSVP to Governor brown  with, “I am writing to decline your luncheon invitation, and to express my deep disappointment that you would entertain the President of a nation that is holding an active-duty US Marine captive. How you could visit Mexico and not publicly demand the release of Marine Sgt. Andrew Tahmooressi, is beyond me.” He continues, “You had a great opportunity to demonstrate leadership by taking a stand for a California citizen that has put himself in harm’s way for our freedom. Instead of visiting our imprisoned Marine, you were feted by his captors instead of fighting for his release.”

Donnelly’s strong  stance in defense of an American Hero  brought together Veterans, Pro-troop organizations and activist groups from across the nation publically united to ensure the massive crowd outside the luncheon to demand the release of Sgt Andrew Tahmooressi who has been held captive in a Mexican Jail for over 150 days. First-time activists joined the crowd to Demand the immediate release of Sgt Andrew Tahmooressi. 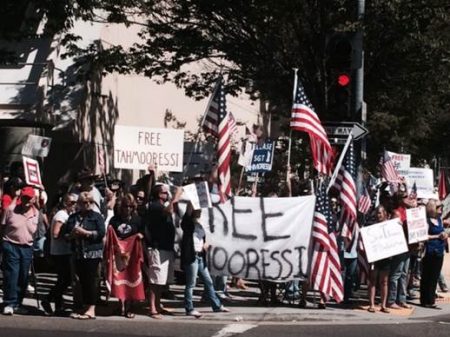 Donnelly, armed with only a Bullhorn and American Pride, led rally calls directed at the honored guest inside the Leland Stanford Museum, “ President Nieto, LET OUR MARINE GO!”  The magnitude of the chants followed by a commanding “OOOOOH RAH,” which was amplified by the entire crowd, echoed throughout the streets of downtown Sacramento as cars, busses and even a few lightrail drivers honked in support with a big thumbs up. 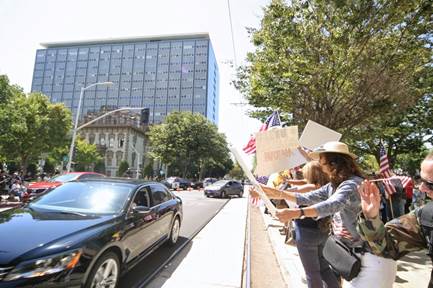 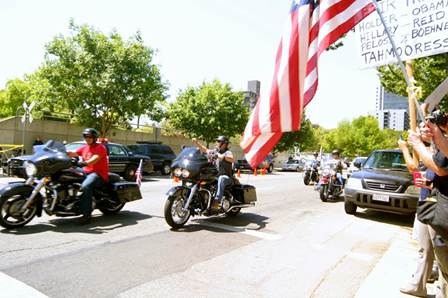 If the Governor and his Honored Guest thought the luncheon was the only focus of Donnelly’s message, they were wrong.   As the entourage was preparing to head back to the Capitol for a Joint Legislative Address from the Mexican President, Donnelly spearheaded a march up the center of Capitol Mall in order to regroup under a massive United States Flag which was floating over the center of the road. 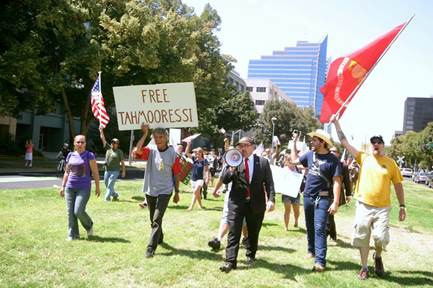 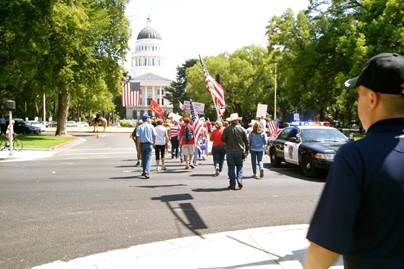 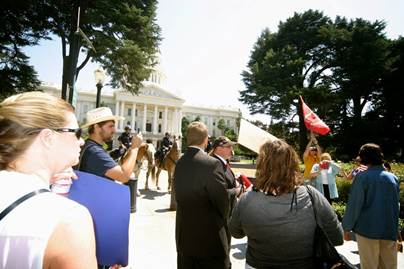 Assemblyman Donnelly has been a vocal advocate for Sgt Andrew Tahmooressi since this nightmare began.  He has utilized his Legislative office to advocate on Andrews behalf to The President of United States, the Border Department and any other government agency which may have the authority to assist in facilitating the release of Our Marine.  The  outpouring of support we saw yesterday is not a one-time deal.  This weekend,  August  30th,  “Overpass For America” which was one of yesterday’s supporting organizations, will host a national demand to Free Our Marine from Overpasses across America. 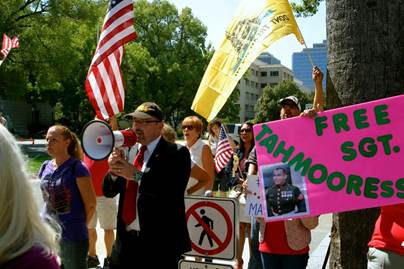 The family of Sgt Tahmooressi has a Facebook Like Page in support of Andrew. You can send messages and stay updated on what is currently happening with Andrew and his nightmare in Mexico.
https://www.facebook.com/freethemarine

You can also view more photos and video from this event  here:

Assemblyman Donnelly Leads Protestors To Demand The Release of US Marine pb added on Wednesday, August 27, 2014