“STAND WITH WALTER, STAND FOR AMERICA, STAND WITH JESUS.  STAND.”

(Aug. 9, 2014) — As announced by Lt. Col. Field McConnell (Ret.) of Abel Danger, a prayer breakfast and barbecue will be held on Monday, August 18, 2014 in Athens, TN in honor of CDR Walter Francis Fitzpatrick, III (Ret.), who is scheduled to be sentenced to prison the following day after a McMinn County jury determined that he was guilty of two felonies for approaching the grand jury with evidence of public corruption in March.

Fitzpatrick is a 24-year Navy veteran who has been exposing judicial corruption in eastern Tennessee since late 2009 after he discovered inadvertently that grand jury foremen throughout the state are selected by criminal court judges and retained for years or even decades.  The Tennessee Administrative Office of the Courts and Attorney General’s office have both affirmed that the foreman is selected by the judge and have posed no objections to the practice, which allows undue influence to affect the decisions issued by the grand juries.

Tennessee law states that all jury members must be chosen “by automated means.”  At times, the grand jury foreman is defined as a juror, while at other times, including by the attorney general’s office, he or she is stated to be a “ministerial and administrative” employee of the court.

No police report or criminal complaint against Fitzpatrick existed as evidence to show the jury.

An unknown number of Tennesseeans have been incarcerated after illegally-presiding foremen have influenced the grand jury which issued indictments, leading to trial and conviction.

Judge Jon Kerry Blackwood will be presiding over the sentencing.  Blackwood has appointed numerous grand jury foremen in courts throughout Tennessee outside of lawful boundaries since at least 1980.  A thoroughly corrupt state judicial system has allowed him to remain on the bench as a “senior” retired judge since 2004.

Blackwood has said that the grand jury foreman retains no special privileges, but he has signed numerous appointing orders for long-standing foremen throughout his judicial career, which has spanned 30 years.  Roane County grand jury foreman Charles Snow was appointed by Blackwood in 1980 and was still serving as of last year.

Blackwood has denied defendants their constitutional right to a defense attorney on more than one occasion.

Blackwood also presided over Fitzpatrick’s trial on June 23 and 24 despite having a clear conflict of interest.  On March 17, the day before Fitzpatrick’s arrest, Blackwood denied Fitzpatrick’s request for a restraining order against former McMinn County grand jury foreman Jeffrey Cunningham without holding a hearing.

Fitzpatrick was convicted of “aggravated perjury” and “extortion” by a jury of seven men and five women, none of whom will speak to the press about their decision.  An eyewitness to the trial told The Post & Email that the only “evidence” submitted to the jury of the crimes alleged was a number of petitions Fitzpatrick had attempted to submit to grand juries in Monroe and McMinn Counties beginning in late 2009 which accused Barack Hussein Obama of treason; named judges and court personnel in the commission of crimes, among them, jury-rigging; and identified McMinn County Sheriff Joe Guy as having perpetuated a lie against him by sending his deputies to a training program specifically identifying Fitzpatrick as a “Sovereign Citizen,” among other transgressions.

In Tennessee, “extortion” can mean an attempt to coerce someone to do something.  In late 2010, Blackwood tried to convince Fitzpatrick to sign a consent form allowing sheriffs’ deputies to enter his home while he was incarcerated to retrieve street clothing for his trial on December 1, to which Fitzpatrick refused to assent.

Eastern Tennessee is known for its systemic culture of corruption, which has included racketeering, illegal gambling, prisoners-for-profit operations run out of the local sheriffs’ offices, and methamphetamine production and distribution.

While The Chattanooga Times Free Press has reported on corruption within McMinn County and the greater Tenth Judicial District, it has not broached the issue of illegally-formed grand juries.

Two weeks ago, McConnell stated on his radio show that he was instrumental in causing the release from a psychiatric facility former Marine Brandon Raub in 2012 after Raub was seized at his home for allegedly posting comments on his Facebook page interpreted to indicate that he was a threat to himself of the community.  Represented by The Rutherford Institute, Raub has sued the federal government for an undisclosed amount for his allegedly wrongful incarceration which was reversed eight days after his arrest.

In Nazi Germany, Hitler’s opponents were arrested without a warrant, tried in kangaroo courts and sentenced to concentration camps or death.  Hitler’s rise to power with little to no opposition throughout Europe saw a total of 6,000,000 Jews, gypsies, disabled individuals and political opponents killed by 1945, when the Allies captured Berlin and Hitler went into hiding.

In an interview with the Memphis Daily News upon his retirement, Blackwood told the reporter that he had become “jaded” and that “A judge does not have the wide discretionary roles that are so often visualized by the public. We are constrained by guidelines and rules of evidence and procedure that the public does not understand. We play a very small role in the outcome of any case.”

Major and local media have refused to report on the judicial corruption which has tainted every indictment since judges began appointing grand jury foremen, which dates back to at least 1980 but likely much longer.

McConnell has called upon veterans to go to Athens on the 18th to show support for a fellow veteran who has been wrongly accused, tried and convicted by a kangaroo court held up by a corrupt Tennessee Supreme Court and indifferent governor.  A prayer breakfast will be held at 10:00 a.m. EDT at Cracker Barrel in Athens, followed by a barbecue from 3:00 to 8:00 p.m. at the Athens Regional Park on Route 30.

“We’re trying to illuminate the abuses so the abuses stop,” McConnell said on Wednesday of the judicial corruption in Tennessee.

On Friday evening, an observer of the events surrounding Fitzpatrick’s impending sentencing asked The Post & Email, “Wouldn’t it be something if the courtroom on Tuesday were filled with people showing support…shoulder-to-shoulder, a packed courtroom…?”

McConnell said he will be filing a wrongful death lawsuit against Barack Hussein Obama by proxy on August 19 in North Dakota if the verdicts against Fitzpatrick are not vacated.

McConnell intends to hire a videographer to record the events on Monday and possibly Tuesday morning as supporters appear for the sentencing at 10:00 a.m. at the McMinn County courthouse.  The Post & Email is seeking donations for the videographer to offset McConnell’s substantial costs in traveling from his home in Wisconsin to Athens on August 17 and staying through the 19th. 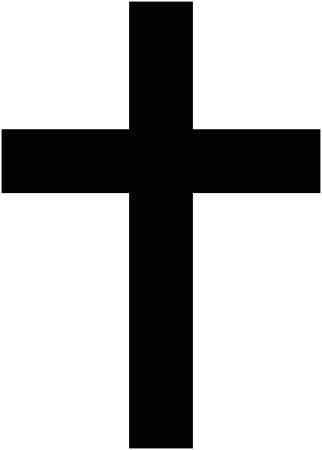 Stand With Walter, Stand For America, Stand With Jesus.  STAND
He then wrote:
See Ephesians 6:10-18
10 Finally, be strong in the Lord and in his mighty power. 11 Put on the full armor of God, so that you can take your stand against the devil’s schemes. 12 For our struggle is not against flesh and blood, but against the rulers, against the authorities, against the powers of this dark world and against the spiritual forces of evil in the heavenly realms. 13 Therefore put on the full armor of God, so that when the day of evil comes, you may be able to stand your ground, and after you have done everything, to stand. 14 Stand firm then, with the belt of truth buckled around your waist, with the breastplate of righteousness in place, 15 and with your feet fitted with the readiness that comes from the gospel of peace. 16 In addition to all this, take up the shield of faith, with which you can extinguish all the flaming arrows of the evil one. 17 Take the helmet of salvation and the sword of the Spirit, which is the word of God.
18 And pray in the Spirit on all occasions with all kinds of prayers and requests. With this in mind, be alert and always keep on praying for all the Lord’s people.

Donations for the videographer can be sent by Paypal to payments@thepostemail.com and will not be mixed with subscriptions.  Individuals wishing to donate by check can mail them to: