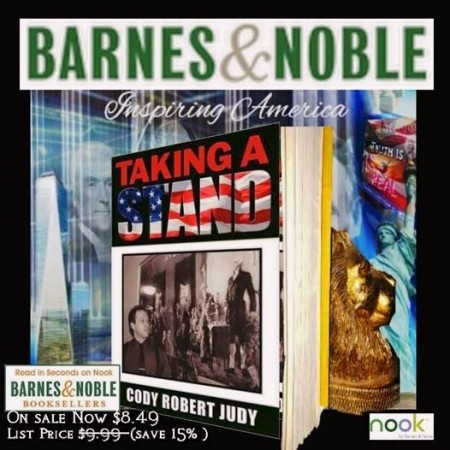 (Aug. 5, 2014) — Part III. of the Exclusive Interview I did with the Editor-in-Chief Sharon Rondeau of The Post & Email has been published today which you can read here. I certainly don’t want to take anything away from the Interview she has spent so much time doing, but I will elaborate just a little bit on the Judy v. Obama 2014 case. The 20 Summons by the Court is basically due today, so the Defendants will have it filed in the Court or at least stamped by the U.S. Postal Service today.

The courts allow 3 days for mailing time but do expect a post mark at the very least today. If the Complaint is answered electronically today is indeed the last day to get that to and filed in the Court.

What I want to discuss today is a little bit more of what I am thinking we should expect and why. I actually don’t expect an answer to be filed and the biggest reason for that is because Obama et al., in my humble opinion wants to avoid a Jury Trial which of course was demanded in the Complaint.

The reasons for that are multi-faceted. Normally, you would expect that if a “Jury Trial” was avoided by the Defendants that the Justice would come down on the defendants as if a Jury Trial had actually happened and they were found guilty, and the full measure of what the law would allow would be handed down as kind of a reprimand for not responding to the Court’s 20 Day Summons for a response, but that isn’t necessarily the case anymore then taking a decision out of 12 people’s hands and putting it in one persons hands would net the same decision.

By not responding at all, Obama basically eliminates 12 People hearing the evidence, and puts the Judge in charge of what to do. I as the Plaintiff do not receive any reward for Obama not responding without of course a Judge’s Order, either following the Jury’s recommendations or an Order of the Judge’s own legal sentence in the form of an Order.

Although the Judge is not supposed to act as an attorney for the Defendants, that process can be postulated with the Judge’s Decision on whether to grant or deny the demands of the argument based on the legal analysis of the facts of the case under his authority. Included in that arsenal are the slightest technical requirements, jurisdiction disputes, and even the laws disputed in the case upon which his expert analysis forms a decision, for or against the Plaintiff as well as for or against the Defendant.

In a sense even without a disputing attorney for the Defendants, the Judge has authority to throw out a case if it doesn’t meet a standard of basic legal correctness. This of course is easier to do with a pro se litigant who hasn’t been to law school and is hoping and doing the best he can with the little he does know.

Practice of course makes almost anything easier from mowing your own lawn to pitching a golf ball to within three feet of the hole for an easy putt. Although I’ve had a few cases I’ve had to take to Court myself, I in no way would compare my experience to that of a legal professional who is seasoned in legal filings and argument.

Of course this doesn’t even account for the possibility that the Judge just plain out makes a wrong decision that a higher panel of Judges would overturn throwing the case back to the lower court. That can happen to and does so nearly every day.

In a perfect form Justice would necessarily see right through a Defendants decision or choice not to respond as a thumb-in-the-eye to the authority of the Judicial Branch in interpreting the law. This actually happened to me already one time with Obama in an executive court of law or administrative law court in Georgia in the Ballot Challenge in Georgia in 2012.

Obama was summoned to that Court and required to file an answer. The secretary state of Georgia even remarked directly to Obama’s attorney that if he chose not to answer he did so at his own peril. Judge Malihi in that case offered a default to the attorneys fighting the case, which they refused, opting instead to argue facts to the Judge. The Judge basically acted as Obama’s attorney and made a defense for him.

There is a big difference in the standard of law requirement for review in an executive branch court and a judicial branch court. They are after all basically in two completely different branches of the Government. Anyway, in that particular experience we saw Obama didn’t show up and it certainly didn’t work to his peril.

This case is not an “Election Case” as a Ballot Challenge is or was prior to an election. This is completely different and those who choose to lump them together are mistaken in their legal analysis. A Ballot Challenge is not a Civil Rights Complaint by any stretch of the imagination, although I’m almost positive every public opinion arguing for Obama’s side would like to lump them together.

So to say we know what, or how or why the Judge is going to rule on this case based on the history of Obama’s successes to skirt the law or manipulate the law so as not to be held accountable as has happened in the past cases due to jurisdiction, technical errors, or lack of standing might happen, but there is also an argument that it is not appropriate in this case that is indeed not a ballot challenge or a law suit against any State’s Secretary of State.

The appropriate conduct for myself as a Plaintiff is to simply remind the Court with a Notice for a Decision on the Defendants’ failure to respond to the Court issued 20 day Summons probably this Friday (August 8th, 2014).

We will know something if no answer is filed by the Defendants’ for me to respond to from the Judge in the case within 30 days. The Judge will have a broad discretion from which to make a decision and I’m certain he will make that decision according to law, the least of which could include slamming Obama for not filing an answer, if no answer is filed.

I have no illusive conclusions of that being necessarily in fact granted in this case, but it would be a fool’s mind who says it’s not possible. Indeed the possibility exist that a monetary Order is made that demands full reparations based on damages according to statutes and applicable laws requiring such. The possibility also exist that Felony Charges are leveled, and a Judge by Order assigns them to an Attorney General for Formal Criminal Charges and to deny otherwise denies principles established by The Sherman Act.

By not answering however, Obama et. al., does accomplish one thing. They basically make the silent argument they do not want this brought before a Jury Trial. If you are playing the odds on the merits of the case, I think Obama understands bringing in a Jury Trial opens a can of worms much less controlled then pinning this on one person, or the Judge.

Let me say, I don’t like particularly being the person bringing the action before the Judge. I do feel a responsibility as a Candidate for President to fulfill the qualifications of the Office if I were so elected and at the very least recognizing legally in my standing as a Candidate a responsibility to those who have contributed to my campaign as well as the oath I took as a Candidate in pointing out if someone is not.

People that contributed to my campaign should not be held responsible for a loss of their contributions on an illegal merit of another Candidate in the same race, or for that matter losing their confidence in me because I kept my mouth shut when a blatant violation and foul of the rules happened.

Maybe Mitt Romney and John McCain can keep their mouth shut but I think in 2012 as well as 2008 it was a real dis-service of the faith and credit towards those contributing to their respective campaigns and much less than what their contributing public deserved. As you know that is a staggering amount of money; Amazing to thing that just in the presidential contest of 2008 and 2012 1.4 Billion Dollars was used just on the Democratic Party side of Obama.

At the same time, I cannot imagine a Judge either, filled with any sense for Justice, really being excited about having a case like this put in his lap. Even though appeals can be made either way with any decision, this is a really heavy burden. At stake might be one of the greatest David v. Goliath stories in our history as the individual is pinned up against the Giant Collective of such a large amount of money, support, and cover-up.

Will or can the law under the principles of ‘justice for all’ hold up one individual and and repel the massive tsunami of corruption? One might ask could any one man part a 200 foot tidal wave coming in. Of course the odds say once something gets that big it can’t be taken down. We’ve even been conditioned to the saying, “Too Big to fail.”

I would certainly concur if I thought we were depending on our own selves, but I don’t. I think sacrifices of time, talent, and money as well as the very lives of those who have perished make a bigger force then the one collectively acting as an adversary to the Constitution’s demands and that while it is a big problem; big problems can be solved one baby step at a time adding up to the correct answers.

Cont.. As seen on: http://codyjudy.blogspot.com/2014/08/how-can-obama-avoid-jury-trial.html