“THE LAND OF THE FREE, AND THE HOME OF THE BRAVE” 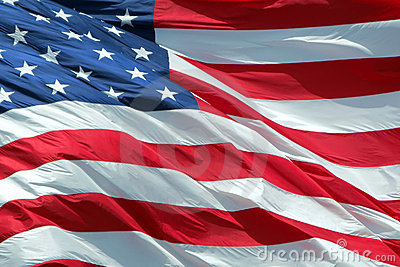 (Aug. 2, 2014) — A Sudanese Christian woman condemned to torture and death by hanging in May is now free in the United States.

Meriam Ibrahim Wani, who married U.S. citizen Daniel Wani in 2011 in Sudan, was reported by her brother to have committed “adultery” by marrying a Christian.  Their father was reportedly a Muslim but had abandoned the family when Meriam was six years old, and her mother, an Orthodox Christian, raised her in her faith.

Meriam and her then-20-month-old son Martin were jailed in January in medieval conditions, with Meriam chained to the floor as are all death row inmates in Sudan.  In May, Meriam was sentenced to 100 lashes for adultery and death by hanging for “apostasy” after she refused to recant her faith to Muslim clerics.

Eight months’ pregnant at the time, Meriam gave birth in shackles, which the guards said they did not have the authority to remove without a supervisor’s approval once she went into labor.  Daughter Maya was therefore born without the normal freedom of movement a woman delivering a child needs, and Meriam has expressed concern that Maya may be physically disabled.

The U.S. State Department provided first silence and then tepid responses to Meriam’s death sentence and the conditions in which she and the children were being held.  Her husband Daniel reported that the U.S. embassy in Khartoum demanded a DNA sample of him to prove that Martin was his child.

Daniel is confined to a wheelchair from muscular dystrophy but works as a chemical engineer from his home in Manchester, NH.  The state of New Hampshire’s slogan is “Live Free or Die,” although activists have attempted to pressure the legislature to change or remove it in recent years.  Wani was visibly tearful upon their arrival in Manchester on Thursday.

Fox News reported that Ibrahim has been granted political asylum by the U.S. State Department.

The American Center for Law and Justice (ACLJ), Family Research Council (FRC), Personhood USA, and many other organizations helped to raise Meriam’s plight to a level of international outcry which placed inordinate pressure on the government of Sudan to reconsider her sentence.

Another Sudanese woman, Faiza Abdallah, was also imprisoned in early April because government agents noticed that her name did not appear to match her Christian faith.  Abdallah may face the same fate which Meriam narrowly escaped, and Sudan’s government continues to practice ethnic cleansing of Christians and animists in what is now the separate nation of South Sudan.

Upon the Wanis’ arrival in Manchester, the pastor of the Sudanese Evangelical Church there commented that “It’s a miracle to me. I didn’t think that something like this would happen because, in Sudan, when something happens like that, it’s unreal. It happens to so many people. Maybe, who knows, I’m praying for those (other) ladies who are in jail and those who have died.”

Government leaders from Great Britain and other Western countries had spoken out about Meriam’s “barbaric” sentence, but Obama said nothing.

Public outcry also freed Connecticut teenager Justina Pelletier from the wrongful seizure of her custody by the Massachusetts Department of Children and Families in February 2013 until late June of this year.  Justina recently testified to a congressional committee about the “medical experimentation” which was reportedly carried out on her by denying her medications which had allowed her to function normally and become a talented figure-skater.  As her health deteriorated, Ms. Pelletier became confined to a wheelchair, and her father, Lou, fearing for her life, defied a judicially-imposed gag order and spoke to the media, risking imprisonment himself.

An outcry has yet to occur for an honorably-discharged, retired Naval commander who is facing years of imprisonment in the state of Tennessee whose only crime was to expose systemic corruption within his community at the hands of the very people entrusted with meting out justice.  On June 24, a McMinn County, TN grand jury convicted CDR Walter Francis Fitzpatrick, III (Ret.) of aggravated perjury and extortion, even though the alleged victim in the case recanted the accusations in sworn testimony and the prosecution provided no evidence of any crime.

Meriam Wani was freed from prison on the same day on which Fitzpatrick’s show trial began.  After attempting to board a plane for the United States, the family was detained by Sudanese security on the charge that Meriam’s passport was forged.  Two days later, they were released them to the U.S. embassy in Khartoum, where they remained for a month under heavy guard.  During that time, baby Maya was examined by a physician who stated that he believed she was uninjured from the circumstances of her birth.

On July 24, the family was allowed to travel to Italy, where Meriam met with Pope Francis, who commended her for her bravery in the face of death.  On the same day, Fitzpatrick was convicted by a jury of his “peers.”

Meriam and Justina are free; Fitzpatrick faces sentencing on August 19 by Senior Judge Jon Kerry Blackwood.  During previous jailings by a corrupt and retaliatory judicial system, Fitzpatrick’s health suffered.  A close friend recently stated that a lengthy prison term for Fitzpatrick is a “death sentence.”

Since 2009, Fitzpatrick has been attempting to raise awareness and public concern for the decades-old practice of criminal court judges’ appointing of grand jury foremen, who often serve for decades and have been found to influence the grand jury to vote one way or another.  A grand jury decides whether or not enough evidence exists to charge a person with a crime.

Fitzpatrick’s “crime” in McMinn County was exposing the grand jury foreman as serving illegally, as it was in Monroe County in 2010, where he was jailed six times, beaten, tasered, and nearly had his left ear ripped off by sheriff’s deputies.

Oh, say can you see by the dawn’s early light
What so proudly we hailed at the twilight’s last gleaming?
Whose broad stripes and bright stars thru the perilous fight,
O’er the ramparts we watched were so gallantly streaming?
And the rocket’s red glare, the bombs bursting in air,
Gave proof through the night that our flag was still there.
Oh, say does that star-spangled banner yet wave
O’er the land of the free and the home of the brave?

Sudan’s judiciary wielded dictatorial powers over Meriam Ibrahim Wani until the international community intervened.  What will it take to change the “dictatorship of the judiciary” here?  Just how brave are we?

Meriam Ibrahim, Once Sentenced to Flogging and Death, Now in the United States added on Saturday, August 2, 2014

One Response to "Meriam Ibrahim, Once Sentenced to Flogging and Death, Now in the United States"