ARE RECENT NATURAL DISASTERS AN INDICATION OF “END TIMES?” 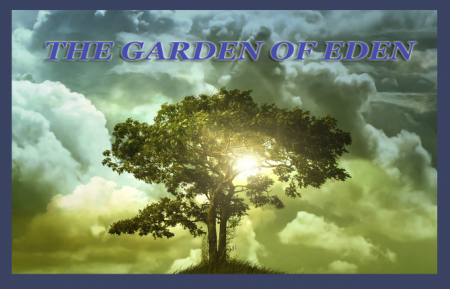 (Jul. 24, 2014) — Global warming (a/k/a climate change) is a peculiar tenet embraced by liberals.  Although the modern liberal movement may think they are the founders of this movement, Adam and Eve were the first environmentalists.  They were instructed by God to take care of the garden and treat the animals properly (Gen. 1:28). Today uber liberals have also become uber environmentalists, and as is the case in other instances, their extremism has perverted noble intentions.

To be clear, this writer, who grew up in a small NJ town, can appreciate the environmentalist movement to some extent.  When walking home after high school with friends, we would often bet on what color the Saddle River would be that day.  The river had become the dumping grounds for a die works company and frequently sported colors of bright red, yellow, blue, purple, and green.  Based on these experiences, the environmental movement that cleaned up our rivers and our air is something I believe is a good thing.

In the case of extreme environmentalism, what started out as a good thing has been twisted and perverted to the point of becoming bad and illogical. For example, many in this camp protest killing baby seals, but strangely are also the first to support the killing of unborn babies.  They additionally and intolerantly support tolerance of every kind that asserts itself above the knowledge of God and His moral codes. There is a pattern that emerges for liberals and their causes that seems to fall in line with every absurdity and anti-God precept and principle one can imagine.

For those educated about the liberty-threatening outrages of UN Agenda 21, the uber environmentalist has become a symbol of irrational thought and a puppet of power-crazed global elitists.  These elitists have used the movement and the good intentions of this naïve and often misguided group to initiate programs that infringe upon our God-given rights to the pursuit of happiness, including our right to own and use the land we have purchased in a responsible manner.

As if uber-environmentalism isn’t bad enough, it has born a new philosophical tenet even more extreme than that of its parent:  global warming.  When global warming is coupled with uber-environmentalism and Agenda 21, a whole host of undesirable weather patterns can be blamed on human behavior, which they conclude must therefore be controlled by controlling people.  This in turn allows these entities to more brazenly infringe upon a consumer-based civilization – all in the name of sustainability and in many cases well beyond the boundaries of common sense.

As bad as all of this appears on the surface, there may be an underlying agenda that is far more insidious and sinister than we realized. While it may be obvious to some that the environmental movement coupled with Agenda 21 and the push to have us believe that global warming is manmade has all been contrived by globalists to control the masses, the success of these entities may prove to also be detrimental to the spiritual lives of citizens of the world.

The point of this writing is not to refute the existence of global warming.  That is outside of this writer’s field of expertise.* However, there are certain aspects of the affects of global warming that are worth noting for the sole purpose of comparing them with prophecy.  For instance:

All of the above can promote infectious diseases that are spread by mosquitoes due to the increase of their habitat, as well as food and waterborne illness outbreaks, malaria, dengue fever, tick-borne encephalitis, and diarrheal illnesses. Additionally, heavy rainfalls can result in washing pathogens from contaminated soils into drinking water supplies and spread diseases like salmonella and other airborne illnesses, which also spread more rapidly in hotter climates.

These effects are disturbing, but they may also be a fulfillment of a very odd verse in the Bible that is baffling.  As many know, the Bible contains prophecies about the physical conditions of the world in what is commonly referred to as the “end times.”  In the Gospels, Jesus describes a time when there will be famines and diseases as well as earthquakes. In the prophetic books as well as in the Book of Revelation, we are told about the many disasters that will fill the earth, including terrorism, pestilences, diseases, and distress in the seas (e.g., tsunamis, hurricanes, and  rising sea levels that will cause all the islands to disappear). These are all indicators, or signs, for the believer that we are nearing the “end of the age” and these particular signs strangely mirror the effects of global warming. The very substantial difference is that the public is led to believe that these things are the result of man’s irresponsible behavior, while the Bible tells us that these are signs to help us recognize that the return of Christ is drawing near.

However, there is a verse in the Bible that indicates that these signs that warn of the return of Christ also serve as signs to encourage people to repent of the many sins that are also indicators of the end of days.  Revelation 9:20-21 reads:

But the rest of mankind, who were not killed by these plagues (those that are listed above), did not repent of the works of their hands; that they should not worship demons, and idols of gold, silver, brass, stone, and wood, which can neither see nor hear nor walk; and they did not repent of their murders or their sorceries or their sexual immorality or their thefts (emphasis added).

It may be puzzling why people living at the time when all these biblical prophecies and signs come to pass would not repent – especially after seeing all the devastation that was prophesied come true. Perhaps the reason is that all of these things are attributed to global warming and not the fulfillment of prophecies.  It would seem that once again the powers of darkness have scored a two-for. Global warming has provided an excuse to infringe upon our property rights and our national sovereignty, and it has also provided a way to keep people who live in the end times from not recognizing the signs that have been prophesied and lead them to repentance and reinstituting God’s moral principles and precepts.  The Bible also has an admonition for those who will not repent, have abandoned living according to God’s laws, and have not recognized the signs that are calling them back to godly living:

For those that do watch: watching requires action.  It’s time to ask yourselves what God will find you doing when He returns.

While the author modestly states she is not an expert in the area of possible global warming, whether induced by man or nature, TPATH has done extensive research on this subject and has mathematically proven that humans cannot possibly be having any calculable effect on the planet’s temperature.

The research can be seen HERE.

Below is some of our research if you don’t wish to take some time and read the entire two-part report.

The average CO2 percentage in the earth’s atmosphere is .0045%

If half of everything associated with humans is reduced by half, including half of the human population, the amount of CO2 in the atmosphere would be reduced as shown by the following numbers:

What do these numbers mean?  Two things.  The first thing they prove is if half of mankind and everything associated with it were removed from existence, the amount of CO2 would be reduced by .00072%.

The second thing they prove is man-made global warming is nothing more than hoax and a sinister scheme to confiscate from the productive, skim off huge amounts and then distribute the stolen wealth to those who have not earned it.

2 Responses to "Global Warming and Prophecy"