AND WHAT IS THIS ONE HIDING?

(Jun. 5, 2014) — Early on Thursday, Twitchy reposted a tweet from HUD General Deputy Assistant Secretary Brandon Friedman which, in response to charges from Bowe Bergdahl’s former platoon-mates that Bergdahl was “a deserter” who deserves to face justice, said, “What if his platoon was long on psychopaths and short on leadership?”

Posters on Twitchy then showed that after issuing the controversial tweet, Friedman “scrubbed” his public Twitter biography to omit the fact that he works for the federal government.  However, a link to his Tumblr account is still intact and states that he is “is the Deputy Assistant Secretary for Public Affairs at the U.S. Department of Housing and Urban Development.”

A former infantry platoon leader himself in the 101st Airborne Division, Friedman served in combat in Iraq and Afghanistan between 2001 and 2004.  He is also author of a book titled “The War I Always Wanted.”  Friedman previously worked at the Department of Veterans Affairs, where he “planned and oversaw execution of a digital media strategy for a department with over 300,000 employees servicing eight million enrolled veterans.”

The Post & Email found Friedman’s Twitter feed and noted that tweets are being sent to Friedman at the rate of approximately 20 every two minutes as of 12:40 p.m. EDT.  Friedman himself appears to have gone quiet for the moment.

Following the recovery of Bergdahl on Saturday from the Haqqiya network, which is affiliated with the Taliban, soldiers from his former Blackfoot Company platoon came forward to say that Bergdahl was not captured, but rather, walked away from the camp.  One of those “first” involved in looking for Bergdahl said that the Obama regime’s portrayal of Bergdahl as a “war hero” “is completely false.”

The soldiers reported having signed non-disclosure agreements about Bergdahl’s disappearance.  Jake Tapper of CNN reported that the agreements were to “never share any information about Bergdahl’s disappearance and the efforts to recapture him.”  Soldiers have broken their silence because “They feel strongly that they must give their first-hand accounts of Bergdahl’s acts so the public will see him as the deserter they believe he is, and not as a hero,” reports The Washington Examiner.

CIA operatives with knowledge of the terrorist attack in Benghazi, Libya which killed four Americans also reportedly were “asked” to sign non-disclosure agreements.

Obama promised to run “the most transparent administration in history” but has presided over systemic corruption at the IRS, Department of Veterans Affairs, Justice Department, EPA, the U.S. military, and on the White House website, where the image of his purported “long-form birth certificate” has been posted for more than three years but has been declared by a law enforcement investigation to be fraudulent. 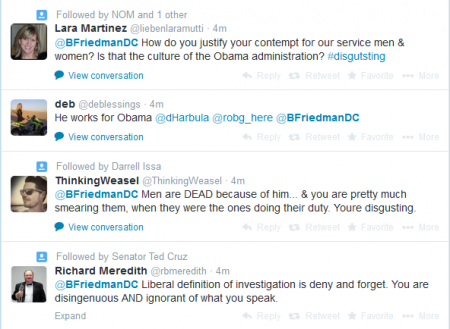 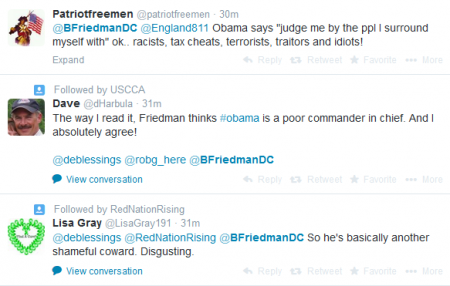 Friedman apparently followed up his initial comment with two more: 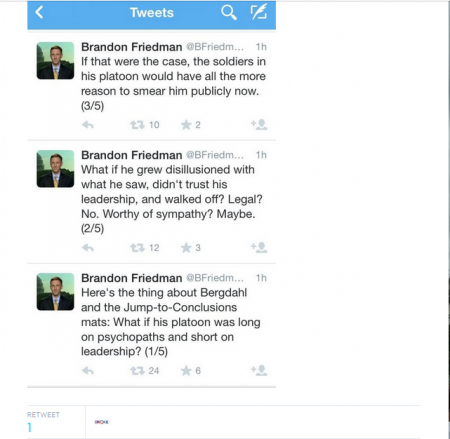 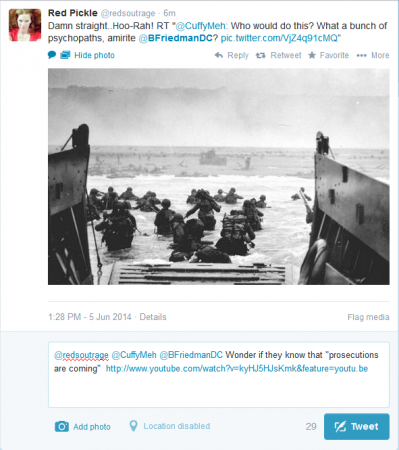 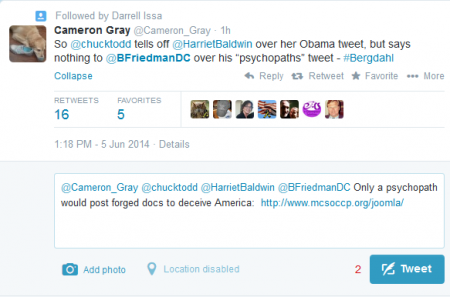 in reference to the nearly-three-year criminal investigation by the Maricopa County Cold Case Posse into Obama’s long-form birth certificate and Selective Service registration form which found them to be “computer-generated forgeries.” 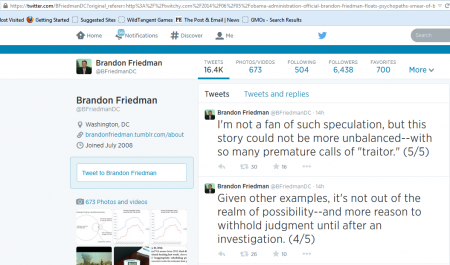 Fox Nation has published its own story on Friedman’s comments.

One commenter asked if Friedman should retain his job given his public comments while another suggested that either Bergdahl or Friedman could be deprived of his “Constitutional rights:”

As of 1:45 p.m. EDT, we did not see any evidence that our tweets had been retweeted despite our respective links to the Cold Case Posse’s website and a video declaring that “prosecutions are coming” produced by Mark Gillar of the Tea Party Power Hour, who has been close to the investigation.

There has been a complete media blackout on the forgeries of Obama’s only public documentation.