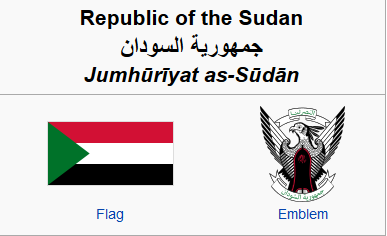 (Jun. 1, 2014) — In an article updated on Sunday morning, The Times of London reported that Sudanese officials are continuing to say that a young Christian mother, Meriam Wani, imprisoned with her 20-month-old son and newborn daughter, will be freed shortly.

The Sudanese official appeared to be responding to skepticism expressed by Meriam’s attorney on Saturday night after the initial report that the Sudanese government would release her on humanitarian grounds.  The attorney, Elshareef Ali Elshareef Mohammed, said on Saturday that the family had received no indication that Meriam and the children would be released and that such an action could be handed down only from a court, requiring months rather than days.

Meriam was accused of adultery for marrying a Christian man who is a naturalized U.S. citizen because her brother claimed that their father was Muslim.  Under Sharia law, the children of Muslim fathers cannot renounce the faith.  In a court proceeding on May 11, Meriam was convicted and sentenced to 100 lashes.  When she refused to recant her Christianity several days later, she was sentenced to death by hanging if she survived the lashing.

Meriam was eight months’ pregnant at the time and gave birth to a baby daughter in prison on May 27.  Her attorney said that she remained in chains while in labor and delivery, without any medical assistance.  Meriam is trained as a doctor, and her husband Daniel is a biochemist residing in Manchester, NH.

After The Times reported that a Sudanese government official said that Meriam would be freed “in a few days’ time” on Saturday afternoon, organizations throughout the world attempting to save her life indicated cautious optimism but indicated that “we must keep up the pressure.”

On Saturday, the BBC reported that “Abdullahi Alzareg, an under-secretary at the foreign ministry, said Sudan guaranteed religious freedom and was committed to protecting the woman.”  Alzareg was also identified by The Times as the official guaranteeing Meriam’s release.

Members of Congress have called upon the Obama regime to offer Meriam political asylum, while the Family Research Council (FRC) has asked Homeland Security Secretary Jeh Johnson to extend refugee status to Meriam and the children, the latter of whom are presumed to be eligible for U.S. citizenship if they are not so designated already.

The Times reports on Sunday that Alzareg said, “The lady will be freed within days in line with legal procedure that will be taken by the judiciary and the ministry of justice.”

The BBC reported that Daniel Wani, Meriam’s husband, has noted that his 20-month-old son no longer smiles when he visits him.  “He used to be a happy boy. When I went there, he just looked at me. No smile,” Wani was reported to have said.

UK government officials condemned the sentences meted out to Meriam, and a former defense secretary suggested that British aid to Sudan be suspended.  Prime Minister David Cameron described the punishment as “barbaric,” as did The Post & Email in a message sent to the Sudanese embassy in Washington, DC last week.

The Sudanese embassy in Washington has not changed its stance on Meriam’s case published before international outcry and media coverage increased markedly last week, beginning with an April report by Morning Star News.

The Embassy of the Republic of the Sudan in Washington DC has noticed with regret some of the official statements and media coverage on the case of the Sudanese citizen Mariam Ibrahim Yahia; as some of them have mistakenly accused the government of Sudan of violating human rights by depriving Mariam of her civil rights as a Sudanese citizen.  In this regard, the Embassy would like to confirm the following:

The official records of the Government of Sudan indicates that the real name of the lady mentioned in this case as Mariam Ibrahim is actually ‘ Abrar Elhadi Muhammad Abdallah Abugadeen’ and there is no official record shows that her name was changed to Mariam Ibrahim Yahia. Abrar was born in um Shagrah in Algadarif state on Jan. Ist. 1986 to Muslim Sudanese parents and the claim that the mother is an Orthodox Christian from Ethiopia is untrue.

There was no Government agency behind the case; rather her immediate family had reported their daughter as missing, later and after she was found and claimed that she is Christian, the family filed a case of apostasy against her.

The ruling of the judge was made at the primary court after hearing all parties involved since February 2014, and it is subject to be implemented in at least two years if confirmed by three levels of courts which are: Appeal Court, Supreme Court and finally the Constitutional Court. The Judiciary System in Sudan is independent, and the Sudanese Judges are qualified and dignified.

This case remains a legal issue and not a religious or a political one. It is unwise and dangerous to politicize the issue at hand to spur religious tension between the two peaceful faiths with similar foundations. Notably, It is important to emphasize that freedom of choice is the cornerstone of both Islam and Christianity.

While reaffirming the commitment of the Government of Sudan to all human rights and freedom of beliefs, the Embassy of Sudan in Washington DC would like to thank all those who have raised their concern and sympathy on this issue.

After baby Maya was born, Perkins called upon Obama to “do something,” which has not yet occurred.  However, Fox News reported on Saturday that the State Department said it is “fully engaged” in freeing Meriam and the children.

Approximately 240,000 people have signed this petition for Meriam’s freedom, and Perkins’s petition at whitehouse.gov has over 31,000 signatures.

Ryan Mauro of The Clarion Project reports that another Christian woman, Faiza Abdallah, was jailed for adultery and apostasy by Sudanese authorities after applying for a government-issued identification card because her name and religion did not match.

Christian persecution in Sudan has increased since dictator Omar al-Bashir declared that Sharia law would be enforced more strictly in 2012.

“And ye shall be hated of all men for my name‘s sake: but he that endureth to the end shall be saved. But when they persecute you in this city, flee ye into another: for verily I say unto you, Ye shall not have gone over the cities of Israel, till the Son of man be come.” — Matt. 10:22-23

Will Meriam and Her Children Be Freed? added on Sunday, June 1, 2014