“THEY’VE GOT THE GOODS”

(May 23, 2014) — At approximately 5:34 p.m., Maricopa County Cold Case Posse lead investigator Mike Zullo was a guest on Carl Gallups‘s “Freedom Friday” to explain why the results of a second criminal investigation conducted by Sheriff Joe Arpaio were not made public in March as previously announced.

Zullo said that Arpaio made a decision not to hold the presser until he is finished with the particular “leg” of the investigation on which he is currently working.

Gallups referred to a “Xerox machine,” meaning the allegation by “Obots” who insist that a certain type of copier was responsible for the anomalies in the image posted on the White House website purported to be Obama’s long-form birth certificate. Zullo chuckled, then said that the “copy machine” was a “smokescreen.”

Obots have dedicated their time, perhaps on a paid basis, to discredit “birthers,” who have suspected that Obama lied about his background, birthplace and/or parentage and question whether or not Obama is constitutionally eligible to hold the office of president.  Zullo previously told Gallups’s audience that several Obots are employed at DARPA, a division of the Department of Defense which develops robotics, psychological warfare, and online strategies.

Investigators seeking the truth about Obama’s background have received death threats and other forms of intimidation by unknown operatives presumed to be “Obots.”  Their websites, email accounts and computers have been hacked.

Obots have also stolen work from The Post & Email and bragged about it. 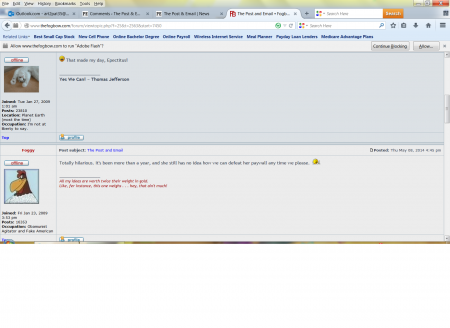 Zullo explained that he cannot give a date for the Arpaio press conference at this time, although when he does, it previously said it will be through Gallups, who then thanked Zullo for Arpaio’s and his persistence.

No other law enforcement entity has been known to have investigated Obama’s background, including the FBI.

Zullo then revealed that Arpaio has acquired a document from the NSA which “actually teaches operatives how to use Xerox machines…to cleanse documents and erase metadata.”  Gallups observed that “nobody’s talking about the Xerox machine” presently.  “It was all a bunch of jibber-jabber and smokescreen,” he observed, then revealed that through it, “other information…opened up into a massive criminal investigation.”

Gallups and Zullo both laughed about “the golden Xerox machine,” dismissing the Obots’ claims that it explains the many aberrations found in Obama’s purported birth record.

“They’ll find out soon,” Gallups said of the Obots.  He stated that “the little” he knows about the Arpaio investigation will be well worth the wait when it is announced.

Gallups then raised the issue of the petition submitted by Douglas Vogt to the U.S. Supreme Court and dismissed on Monday.  Vogt had asked the court to order a lower court to provide his evidence of fraud and forgery of the birth certificate to a federal grand jury.

Zullo said that the Cold Case Posse “absolutely does not agree with” the scenario Vogt presented in one or both of his affidavits submitted to the Supreme Court as to how the fraudulent image was created.  Vogt’s work product “is not reflective of the work we’re doing,” Zullo said. He reiterated a statement he made last month in regard to speculative reports or individuals who claim to “know” what the posse and Arpaio have gathered in the way of evidence:  “If you don’t hear it from me, you didn’t get it [sic].”

In the next segment of his radio show after Zullo departed, Gallups told guest and Freedom Friday reporter Mike Shoesmith that Zullo, Arpaio and “all the investigators working on this” “have the goods,” referring to the people who created the forgery of Obama’s long-form birth certificate.