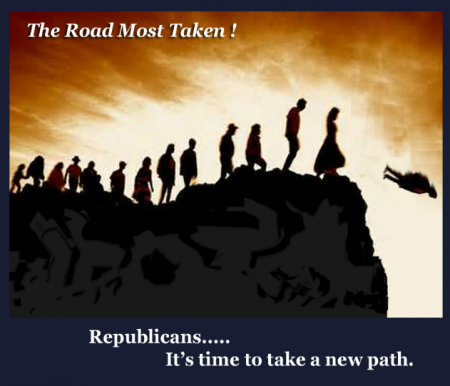 (May 15, 2014) — It is no longer about any political party in New Jersey.  Both parties have abandoned all pretense of Constitutional principle and as a result the sun sets each day on a land with less liberty than the preceding dawn. This primary election is about more than just our Second Amendment Rights; it’s about what our nation has become; it’s about our future, our families, and our country!

TeamNJ is asking each of you to look at the facts before you vote on June 3rd. By not voting or just voting the party line you will have no one to blame except yourself for the destruction of everything Americans hold dear – especially our freedom and financial stability. There is a new path which can be taken.  TeamNJ has scouted it, tracked it and lighted the way.  No longer is the road to the same old darkened street your only option.

There are five primary races in New Jersey that can have a profound difference in the direction we go as a state and as a nation:

If TeamNJ’s candidates [in Bold above] prevail, together we can begin the difficult work of repaving the progressive and dangerous roads laid down by counterfeit Republicans (RINO’s) who vote like big-government spending Democrats and have sold out their constituents as well as their country. If we lose these primaries we end up with the same insiders that have created the mess – and it will only get worse!  It is time to heed the detour sign and believe there is danger ahead if you travel the same old road.

This is serious business, folks. Very serious! We must aid those now in Congress who are fighting to restore our Constitutional government. They need more Constitutionalists in their camp. Those listed above in bold have been fully vetted and are endorsed by TeamNJ.

Each of them stand with us on the following issues:

After reviewing the incumbent Republicans’ voting records (the RINO’s) who are being challenged, they can only be described as Democrat-lite.

…..is a vote for your freedom,
financial independence,
and sanity in government!