THROUGH THE MINISTRY OF KEITH GREEN

(Apr. 20, 2014) — Keith Gordon Green was a musician, songwriter, preacher, and inspiration to millions of people around the world over his short 28 years of life on earth.

His song “He is Risen” is an Easter favorite among Christians everywhere about the resurrection of Jesus Christ on Easter Sunday.

Born in Brooklyn, NY in 1953 and moving to California as a child, Green soon began acting and singing, preparation for what appeared to be a career in entertainment.  He first sang professionally at age 10.  The following year, he was signed by Decca Records for a five-year recording contract.

Green was raised in the Christian Science religion but had Jewish roots. After he failed to land a top-selling song with Decca, he ran away from home, used illegal drugs, and began to research mysticism and “Jesus.”

After he met Melody, who also was raised in Judaism, the couple embraced Christianity and married on Christmas Day 1973.  For the next 18 months, they sought the right Christian church home and attended a Friday night Bible study, where people were “singing worship songs” (17:52).   Melody described Keith as having been “sold” on his newfound “born-again” faith.  “Keith felt like everything started new that night,” Melody said in “The Keith Green Story.”

Keith began writing and performing Christian songs “for people who are searching.”

Beginning in 1975, the Greens opened their home to troubled people, drug addicts, single mothers-to-be, runaways, and those seeking change in their lives.  Both Keith and Melody were hired by CBS to write songs, and their clients included Olivia Newton-John, Cher and other rising stars.

In 1976, Keith was signed by Sparrow Records to record his Christian compositions, eventually recording two albums.  In 1977, he and Melody began Last Days Ministries, and Keith’s music became part of a touring ministry.

Melody explains that Keith was not looking to be “applauded” personally.  “I’m a pencil in God’s hands,” Melody remembered Keith having said.  When they applauded his performances, Keith would tell his audience that they should be applauding Jesus, not him.

Keith’s second album, “No Compromise,” is described as “intense” because of the Greens’ public and private ministries and first child, Josiah.  Whiel on tour, Keith and Melody stopped charging admission so as not to be perceived as “selling the Gospel.”  “He challenged everybody to be in that ‘no compromise’ level,” a close friend said of Green.

Melody’s song “There is a Redeemer” was recorded by Keith and appears in hymn books across the globe.

To those wishing to “make it big” in the field of “music ministry,” Keith had said:

Today, so many people ask me if I can tell them how they can start or enter into a music ministry. At concerts I get countless questions about this, and I also get lots of letters and even some long-distance phone calls from many people who feel they are only “called” into the music “ministry.” One day I began to ask myself why so few have ever asked me how to become a missionary, or even a local street preacher, or how to disciple a new believer. It seems everyone would prefer the “bright lights” of what they think a music ministry would be, rather than the mud and obscurity of the mission field, or the streets of the ghetto, or even the true spiritual sweetness of just being a nobody whom the Lord uses mightily in small “everyday” ways.

In 1978, Last Days Ministries began publishing a newsletter which send out over 16,000,000 copies worldwide.  The following year, the Greens left California to acquire a larger property on which to expand their ministry. They began their “For Whatever You Can Afford” policy for sending out ministry materials and copies of Keith’s albums.

An expansion of the ranch in 1981 included a printing press for the newsletter, which was converted into a color-illustrated magazine.

Keith and Melody Green traveled the world giving gospel concerts and preaching the “no compromise” message to Christians which included a call to serve Jesus by mission work.

By 1982, the Greens were parents to three children, Josiah, Bethany and Rebekah, who often traveled with them on their ministry trips.

On July 28, 1982, a Christian family of eight, the Smalleys, stopped at the ranch on their trip East to begin a new church (53:19).  Keith invited the family to take a tour of the ranch in a small plane which had been retained for that purpose with an experienced pilot on call. The Greens had just discovered that Melody was again pregnant. “If I don’t come back, raise Rebekah to be a woman of God,” Keith had told Melody after she declined to go on the flight.  Keith had taken Josiah and Bethany.  All on board the plane perished. 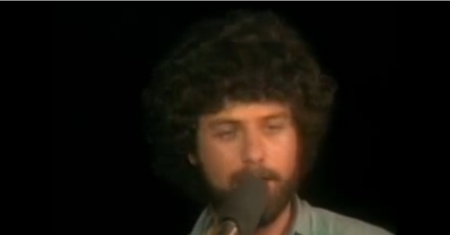 A fall tour intended as a call to young people to become missionaries was seen through by Melody after the crash.  “Countless thousands of people committed their lives to global ministry as a direct result of Keith’s vital challenge,” said a close friend.  “The example of his unyielding commitment and passion for his Creator spurred others to surrender their lives wholly to the call of God, even long after his death.”

Since 1981, Last Days Ministries has been active in the pro-life arena. “We must take a stand… and not a silent one,” Melody wrote in a column at LDM. “I’m not saying we should all put on sandwich boards and picket our local abortion clinic… although it doesn’t sound like a bad idea. But we should take every opportunity to speak out and let our views be known. We should do everything we can to prevent someone from making a mistake they will always regret. We must offer all the help and support we can if we expect the unsure mother to carry her child to full term. Open your home to her, help pay her doctor bills… be her friend.”

Melody said that Keith had maintained an “all-out” commitment to Jesus and a call to be “radical” in spreading God’s Word, as evidenced in his public speaking.

Keith Green’s music ministry has not been forgotten.  “A whole new generation is discovering it,” said the friend.  His songs are available in sheet music form, and his songs are still intensely popular among people of all ages in both CD and MP3 format.

Melody maintains a Facebook presence in both her name and Keith’s and the Last Days Ministries website, where their ministry has been reshaped through 21st-century technology.  She writes a monthly newsletter which is free to subscribers.  Written memories of Keith relate the tremendous impact he has had on thousands, if not millions, of lives.

Keith and Melody’s youngest child, Rachel, is a gospel singer with her husband, Bobby, who is an ordained Christian minister.  The couple have three children and released their first album, “Heritage,” last year.  Older sister Rebekah is married and expecting her first child this year.

On page 452 of Melody’s book No Compromise, co-written with David Hazard, of Keith’s life, she wrote:

One of the important messages of this book is that what God did in Keith’s life, he can do in yours!  Keith had only known Jesus for seven years when he went home.  Because of his high profile as a new believer, he did a lot of his growing in the public eye. He didn’t have the luxury of years of obscure service so that he could emerge in a more tidy way.  Keith hit like a bombshell, and then left just as suddenly.

I believe the Lord has something he wants to impart through Keith’s story.  I hope you will be encouraged personally to find the call God has on your own life…The Lord has given all of us gifts and talents to use for his glory.  Your gifts may be different from Keith’s, but they’re just as important…God wants to display his glory through you right where you are!  For this to happen, you first need to be sure you are plugged into the giver of all gifts and all life — Jesus Christ.

Last year, Melody relocated from St. Louis, MO back to Los Angeles, perhaps to work on a long-sought film about her husband’s brief but unforgettable life.

“How beautiful the love of Jesus Christ is…”

One Response to "An Easter Message"