by the North American Law Center 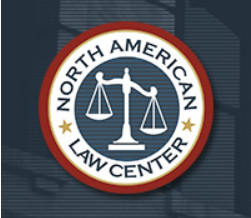 If you still don’t know why the Betrayed Story is important to every American, it’s because you are not paying attention.

A few weeks ago, a House Sub-Committee held a first hearing on events surrounding the downing of Extortion 17. As we expected and prepared for, DoD officials lied under oath.

Just ahead of that hearing, we filed a list of questions for the SEAL families, and we caught the DoD in blatant lies with those questions.

Then, we shared some information with members of the press, some of which is now public in the main stream press that everyone thinks we can’t make work for the people anymore…

Next is a string of very targeted FOIA requests being filed on behalf of SEAL families next week. In the end of this sustained mission, we WILL hold the right people accountable for Extortion 17…

Why is all of this important to EVERY American?

I strongly recommend you take the time to listen to a highly educational interview with Tim Harrington.

This work is made possible by your generous financial support!

We must advise however, if we don’t ask for support, we don’t receive any support. People don’t just wake up and decide to donate each day. We have NO CHOICE but to ask for support over and over again, or we will not have the resources to continue the work that nobody else is willing to do.

WHO IS BARACK HUSSEIN OBAMA?

Believe it or not, this question remains unanswered more than five years after Americans have allowed this imposter to hold the Oval Office. There are many theories about who he is, where he came from or how we got stuck with him, and why… But to date, NOBODY has been able to PROVE who this person is…

We recently received a very interesting document on this however, and we believe it is worth sharing with our supporters right away.

Begin reading on page 17 – right column…. wherein the Parliament is discussing the election of Kenyan Barack Hussein Obama II in the United States.

The minute we can PROVE who he is, we will let EVERYONE know…