“LOOK UP AND SHOW UP” 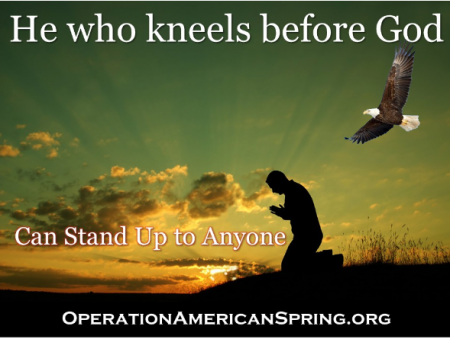 (Feb. 25, 2014) — About 4 weeks ago there was an area in West Virginia that had its’ water contaminated and it was in a very rural part of the State, about 100 miles South of Charleston. The area in and around Madison was impacted, not being able to use their own water supply.  I read about this on Facebook  January 25th, about 2 weeks after  it was originally announced. I felt that God placed this mission on my heart, I thought I was nuts. Like, Lord, you want me to do what? But, after talking with my wife, along with some serious prayer time, I did it anyway. I didn’t have a clue what he had in store for us. It took some faith and obedience. If we will but trust and obey those thoughts or promptings, what mighty blessings He will provide us!

So what did you do about this mission, in real terms? I understand you decided to bring them water?

Well, I originally had twenty-two guys interested in doing this, however the numbers dropped to just six of us.  We got to Charlestown and with some help got two semis, loaded 90,000 lbs of water, 48 pallets in all. I had only met with three of the six that made the trip. The other two were agnostics. We raised over $3,000 dollars from an internet radio broadcast nationally, and the church where we stayed provided us with about $1000.00.

Any problems prior to departure from Texas?

The fact that we were going to do this was broadcast over the internet radio in W. on a site managed by folks who are also patriots and very interested in Operation American Spring. Word got out, and I received a call from a guy saying he was FEMA Region 111 District Deputy Director, (I’ve forgotten his name), and he tells me we can’t do it, and if we rolled into his turf, he has the authority to confiscate the water. He also said we could be detained, if not arrested. When I asked “how is that?”, he answered that the entire area is controlled by FEMA. His area to be exact. A long distance, land line fire-fight ensued; I spoke of the Constitution, probably his genealogy, and ended by hanging up, after telling him we were coming!

How about after arriving in Madison?

Well, we drove straight through. We were offered a place to sleep, rest, whatever at a local church. I had the chance to meet and speak with the Pastor there for nearly 3 hours or more. After talking about the local water concerns, I talked with him about the state of our nation, and OAS, and concerns I had.

How did that go?

Well, he was supportive of the support locally with water, and nationally, he felt it was all in God’s hands. God was in control. Then we got into a lengthy discussion regarding God’s involvement and believer’s involvement. You know the subject comes up all the time. I have faith in God, but I want to do something! I tried to focus on the fact we are the arms and legs and voices of the Lord. He wants us to be used by Him. We have to get off our butts and do something or America is going to quickly slip away. At least the America I knew. He has to work through us to accomplish his goals, missions, outreaches all the time. Why is this any different? We talked for over 3-4 hours. I wasn’t happy.

Did the Pastor come around, eventually?

The next morning, a young girl, I think the Pastor’s granddaughter, sang a song that had the words, “unblind my eyes Lord, let us see the truth, unblock our ears and save the nation we love”, he started to preach as usual, and a few minutes into his sermon, he abruptly stopped. Then he wadded up all his notes and tossed them on the floor. At that point he cut loose into a sermon that I hope was recorded, about our personal responsibility and family as well as our nation’s responsibility to protect and defend this country we call The United States of America. It was stunning!

He gave an altar call, and many went forward, myself included. After a few moments, I noticed that the two agnostics I had brought with me were right beside me. All of us had tears in our eyes, we were all weeping together at the altar. I’m not a church-going, Bible-thumping guy, but God was in the room, no question. I hadn’t been to church in 4 years. The Holy Spirit was alive and active there, right then! The American Flag was up on the stage, and I reached up and just grabbed hold of it. My guys did the same thing. No prayer, no words, just weeping for what was just said in the ad hoc sermon, and I have never experienced anything like it in my life. Next thing I know, we all took hold of the flag, and backed down into the aisle and the entire congregation began to grab hold of the flag and we spread it out across the most of the church. There were a bit over a hundred in there for that service, a fairly small country church. It was a very emotional few minutes with every one in the church involved, and truly in one accord. Everyone was weeping and praising His name!

OK, so how does all this fit into OAS’s mission for the 16th of May?

The pastor has offered the church as a way-station going to and coming from D.C. for anyone wanting to use their building and space nearby. The entire congregation is now planning on attending, with not one but two groups of fifty each; people who are committed to showing up and bringing attention to the loss of our Constitution and the law-breaking committed by this administration. They all were in agreement that God is not finished with us or America yet, and that we all have a responsibility to step up and be recognized for what we believe. I am still amazed at what happened there!

That is amazing! So looking back, besides this service, coming alive and focusing on America and onpersonal responsibility, what other plans do you have?

Last weekend, on Sunday the 9th of February, a group of us traveled to Longview, Texas and put together a soup kitchen where we fed just over three hundred folks who were homeless, and were temporarily in a shelter that was totally full. We pre-cooked some of the food, but still had some cooking to do there once we arrived. We did this at the only shelter in Longview, a town of about 120,000 East of Dallas. We fed them from about noon until about 2:20 in the afternoon. They ate all we prepared, venison stew, baked beans. All this small missions, we call them training missions, will help out any team across the country in working together, before showing up in D.C. on the 16th of May. We get used to working together, and knowing each other. D.C. will be a lot different, but teams ought to know one another.

And your final thoughts?

I felt we just got a taste of the real victory ahead. Not just victory in Christ, but victory for our Nation it proclaiming the truth, and showing that we are fed up and indignant with the ripping of our Constitution. That’s our Compact. We operate with laws and that is the basis for laws in America. We can’t sit on it any longer.  And ‘We the People” must step up and act together in unison and in unity again. Satan tries to ‘steal, kill, and destroy’ but we are simply going to ignore his roadblocks, look up and show up, from now on!

Interview With an Ordinary Man from Texas, Who Felt the Call to Do an Extraordinary Thing to Help added on Tuesday, February 25, 2014

One Response to "Interview With an Ordinary Man from Texas, Who Felt the Call to Do an Extraordinary Thing to Help"