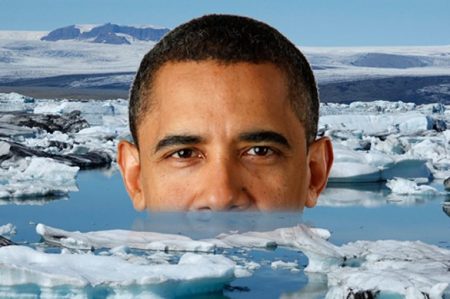 (Feb. 9, 2014) — US oil and gas production was already declining, when the 1973 Arab oil embargo sent oil and gasoline prices skyrocketing and created block-long lines at gas stations. Increased domestic production could have eased the supply and price crunch, but the 1969 Santa Barbara oil spill had resulted in congressional leasing and drilling moratoriums on federal offshore and onshore lands.

Though it voted 50-49 to build the Alaska pipeline, Congress refused to allow more drilling. Instead, it legislated a 55-mph speed limit, mileage standards for vehicles and a ban on exporting domestically produced crude oil. The speed limit was eventually lifted, but drilling bans expanded, the mileage rules tightened, the export ban remained, and the United States increasingly imported more oil at higher prices.

However, quietly and under the federal and environmentalist radar, America’s oil industry improved and expanded its horizontal drilling and hydraulic fracturing (aka, fracking) technologies – on state and private lands, where DC regulators and pressure groups had little sway. The unprecedented boom that followed sent US oil, natural gas and natural gas liquids (propane) production sharply upward for the first time in decades. America’s oil output rose 30% just between 2011 and 2013, to 7.4 million barrels per day. The Green mantra that we were depleting petroleum supplies was smashed on the fractured rocks of reality.

Suddenly, the United States was importing less oil than at any time since 1995; millions of oil patch and related jobs were created; frack state royalty and tax revenues skyrocketed; natural gas prices plummeted; and the cheaper fuels and feed stocks fostered a US petrochemical and manufacturing renaissance. The fracking revolution also enabled companies to export more gasoline, kerosene, lubricants, solvents, asphalt and other finished products (since the government never banned refined product exports). Those exports have greatly improved the nation’s balance of trade and gross domestic product.

Now many American producers want the misguided export ban sent to history’s dust bin, so that they can ship crude oil and liquefied natural gas (LNG) to foreign ports. Numerous other companies support their call for change. Asia needs the energy, they note, to fuel its growing economy and support its inadequate petroleum production infrastructure. Europe needs it because too much of its natural gas comes from Russia, which charges high prices and sometimes engages in energy blackmail, and because EU fracking bans and global warming/renewable energy policies have sent business and family energy prices into the stratosphere and killed millions of jobs. The United States as a whole would also benefit.

Congress should terminate the ban. (Or Obama could void it with yet another unconstitutional executive diktat, to counter his job-killing mandates.) Proffered reasons for perpetuating the prohibition reflect a poor grasp of energy markets, misguided self interests and simple hypocrisy.

US oil production is expected to increase by some 780,000 barrels per day in 2014, rising to 9.6 million per day by 2019. The nation’s refining capacity is at record levels, for light, heavy, sweet and sour crude. Exports would provide and important outlet for some of this crude, encouraging further exploration, protecting jobs, further revitalizing our economy, and ensuring continued royalty and tax revenues.

Opening more publicly owned lands to leasing, drilling and fracking would magnify these benefits many times over. These resources belong to all Americans, not only to those who oppose energy development or want to use anti-hydrocarbon policies to undermine economic growth and job creation. Expanded fracking operations on all these lands would further expand supplies, by making otherwise marginal plays more economic to produce, reinvigorating old oil and gas fields, prolonging oil field life, and ensuring greater resource conservation, by leaving far fewer valuable resources behind in rock formations.

Concerns that ending the ban would hurt consumers are misplaced. Indeed, for reasons just given, the opposite would happen. Expanding domestic supplies will keep OPEC at bay, stabilize global supplies and prices, and make the United States less reliant on imports and less vulnerable to supply disruptions.

What’s truly ironic and hypocritical here is that this sudden concern about consumer prices comes from members of Congress and self-styled environmental and consumer groups who have led the wars on leasing, drilling, fracking and hydrocarbons – while supporting expensive, land-intensive, water-hungry ethanol and biofuel programs. All these policies hurt consumers, by driving up energy prices. And who can forget President Obama’s pledge that electricity prices will “necessarily skyrocket” under his policies, or former Energy Secretary Steven Chu’s wish that gasoline cost $8-10 per gallon, as it does in Europe.

Companies like Dow Chemical and Delta Airlines would thus be better advised to support expanded petroleum exploration and production (for which their voices have rarely been above a whisper), than to continue campaigning for an extended oil and gas export ban.

Senate Energy and Natural Resources Committee Chairman (!) Ron Wyden (D-OR) also displayed woeful ignorance about energy matters when he recently expressed concern about proposed LNG exports worsening propane shortages that have left many families shivering this winter. Propane is naturally occurring natural gas liquids; it has nothing to do with exports. LNG is liquefied (compressed and super-cooled) natural gas. Moreover, the propane shortage is due to pipeline maintenance and repair problems in late 2013, coupled with unusual demand for propane last fall to dry corn for ethanol production.

(Mr. Wyden’s remark brings to mind House Minority Leader Nancy Pelosi’s famous comment: “I believe in natural gas as a clean, cheap alternative to fossil fuels.” Memo to Ms. Pelosi: Natural gas is a fossil fuel. And these are the people who are dictating and running our energy and economic policies!)

Furthermore, these pseudo-converts to consumer protection are claiming concern that the current $9 per barrel difference between US and global oil prices could shrink if some oil is exported. They say Barclays Bank predicts that eliminating the export ban could add $10 billion a year to gasoline costs. However, US gasoline expenditures totaled $335 billion in 2012. So this potential increase works out to just 3% of an average household’s $2912 gasoline expenses. That’s $87 a year, $1.67 a week – half the price of one Starbucks Latte Grande. The consumer impact of America’s massive land lockups is much higher.

One more ironic and hypocritical aspect of all this is that ban proponents want US oil and gas to remain in the USA, rather than letting some of it support our European allies. Let Europe produce its own oil and gas, or get it from the OPEC and Russian extortionists, they say. And yet these same “ethicists” have long demanded that the United States keep its own vast petroleum supplies locked up, while we deplete other countries’ assets and put their ecological treasures at risk from production-related accidents.

Obama himself has said the Saudis should send us more oil, when global supplies tighten – rather than using his pen and phone to tell his energy overseers to produce more here at home. The US has also criticized China for restricting exports of rare earth metals – and selling only electronic, solar panel and wind turbine components made with rare earths – while we block US rare earth mining.

Manmade climate change alarmists should also remember that natural gas exports will reduce coal use overseas, which will in turn reduce those dastardly emissions of plant-fertilizing, life-giving carbon dioxide. (Not surprisingly, 350.org chief Bill McKibben claims that aggregate life-cycle CO2 emissions from gas production and use will “almost certainly” be worse than coal. This is utter nonsense. It’s also worth noting that life-cycle energy use, CO2 emissions and pollution associated with electric car rare earth metals, production, charging and use are almost certainly worse than coal or natural gas.)

The bottom line is simple. Exporting US oil and natural gas will benefit American workers, families, consumers, balance of trade and government revenues. We must not let provincial views, anti-hydrocarbon ideologies or misinformed policy positions perpetuate this antiquated ban.

The Ignorance and Hypocrisy Behind Oil Export Bans added on Sunday, February 9, 2014