LIES AND FABRICATIONS; EXCUSES AND EVASIONS 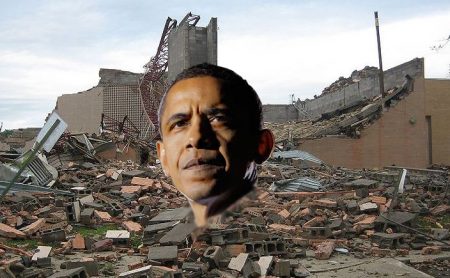 (Jan. 31, 2014) — To begin this commentary I would like to apologize to our loyal readers and too, to the occasional visitor of TPATH.  As many of you know I run this website from my own pocket and I get zero compensation except the satisfaction that the research and writing done here, by me and our many wonderful contributors, will be informative and somewhat entertaining in the process.   What do I feel the need to apologize for?  Well, I tried, I really did try to watch that usurper give the State of the Union Address on Tuesday night.

It has been more than six years now since this impostor has slithered from the darkness of ambiguity into our lives and our history. His every action has contrasted his every word. And each has been more devious and  destructive than the one before it.

During his first year, it is possible those pundits on our side, despite all the warnings, really did not understand just what Obama’s intentions were.   There can now be no doubt.  So Tuesday evening, as this treasonous fabricator of deceit and fraud made his way to the podium, and RINOs, liberals, leftists and Muslims lined up to shake his hand, I had had enough. CLICK!

The following day, as I read the transcript, with the latent images of the previous night still  imprinted in my mind’s eye, difficult as it was, I completed reading it.  Though my thoughts were hopelessly predominated by my imperforate knowledge of him and separate from the new lies and the testament to old ones, he did manage to say few things I agreed with and that very well may have been said by a past and legal President, Ronald Reagan.

While Reagan’s remarks about the sacrifices and honor of our servicemen and American entrepreneurship were heartfelt, those same words oozing from the lying lips of Barry Soetoro were as hollow as the brain cavities of those who stood and applauded.

Everyone in that chamber, everyone watching TV or listening on the radio or the internet, heard once again a man who has lost the respect of the world as he unabashedly took credit for things which have not materialized, blamed others for destructive things that have, and doubled down on his treasonous activity of circumventing the Constitution, further dividing the country by race and wealth, and pushing the man-made global warming hoax.

Pondering that speech, it’s very hard to understand why everyone is not just as proud as they can be of this race-baiting, Islamic, Communist foreign agent and ineligible Divider-in-Chief.  I just can’t understand it.

Unstately State of the Union pb added on Friday, January 31, 2014

2 Responses to "Unstately State of the Union pb"