DO WHAT I SAY OR GOD WILL STRIKE YOU DEAD – REALLY? 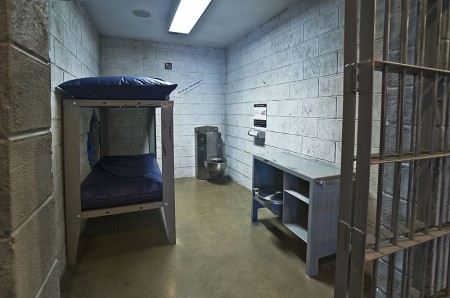 (Jan. 27, 2014) — Church of Wells leadership continues with their arrogant, evil and false teaching.  They cut, they slander and they separate. They control minds, then rearrange and redistribute their members as obedient and robotic Stepford Wives – unrecognizable drones.

Church of Wells’ searching and naive members who have joined their ranks now live in growing terror to even think of leaving.  There is the much-feared ‘locked prayer closet’ that those who have escaped have experienced.  Observers and witnesses also point to an aggressive culture of corporal punishment — intimidation by elders with ‘scriptures’ taken out of context to control and terrify those who dare to question or leave.

Their Bible-verse-quoting elders and deacons paint all else as the anti-Christ spirit and idolatry.  I am called a total crackpot and am part of the false ‘antichrist’ spirit for drawing attention to their evil and am no doubt cursed into darkness by all leadership there.   Parents and family members are called all kinds of names and also forced into a dark corner of control, lies and rejection.

It is classic ‘build-the-cult’ strategy.  Let’s see:  1.  Build the culture of separateness from ALL in their life – this means separateness from their money, parents, work plans and freedom to choose a mate; “You are now ours if indeed you want to really see and know Jesus and want eternal life.”   2.  Create a new, warped culture of sexual, emotional, spiritual and financial controls.  “Your body, life, money and future are now ours and WE, the ‘anointed’ and ‘powerful’ elders, stand in front of you and Jesus.”  “We know the scriptures.  We know the word of God.  We know your enemies to faith. We know what to do — not you.”

Cult leadership, along with their usual narcissism and belief that they are the ‘Apostle Paul’ and at the right hand of Jesus, also apparently threatens to kill you if you don’t do what they say.  Recently, I interviewed Erika, the former lover and mother of a boy Rick Trudeau and she had together over ten years ago.  Trudeau now sits in jail in New York awaiting a court appearance and has been charged with ‘Aggravated Harassment – 2nd degree.’

Erika shared with me about growing up with Rick Trudeau, describing him as wonderful.  She fell in love with him and they had a child together, sharing joint custody.  After some time, they had an amicable separation.  Things were going fine with their separate but cordial lives until 2009 when she noticed more controls and extreme types of behavior aimed at their little boy.  Erika sought full custody and won a court battle. Trudeau told the Judge “he served God’s laws before Court laws.”  The Judge quickly gave all custody to Erika after that inspiring speech by Rick.  He could only have supervised visits with his son from then on.

Erika remarried and has been raising her children with her husband. She said she would occasionally hear from Rick who sounded increasingly radicalized.  She knew, having a warm relationship with his family and others who followed Rick, that he had joined the Church of Wells a few years back.  She knew it was a cult and that he had become a ‘deacon.’

Bringing it current with Rick Trudeau

Erika reports that a few weeks back she got a threatening call from Rick Trudeau.

Erika thankfully recorded their conversation and says her skin crawled with shock and fear as he spoke.  Here is what he said as she recalls it.  It is on tape and the DA has it as evidence.

Erika said the conversation soon ended after that.  She was certain he had come to town to kidnap her boy and threaten her, even kill her if necessary to get her boy.  The chilling audio recording of Rick’s statements to Erika will be released at a later time so as to not compromise upcoming court appearances.

Interestingly, Rick Trudeau took Cory McLaughlin with him, another Church member called by some observers ‘the enforcer.’  He is one who has rushed out several times and stared with intimidating glances to anyone who dare cross them or wanted to see Catherine Grove or others.  Soon, however, Rick’s alleged kidnapping and intimidation plans didn’t work out so well.  He ended up in jail and Cory took off.

I understand there is a $2,000 bail and Trudeau has been sitting in jail the last few weeks while no one in the ‘church’ has sprung bail for their rising star ‘deacon.’  Erika and I reckon the negative attention is just too juicy for them to do anything but enjoy.  No doubt there are ‘persecution’ sermons flying around the cult as the poor and ‘unfairly targeted’ Rick sits in jail.  After all, he was just trying to save his boy from his ‘secular’ and ‘sinful’ mother.  He needed Jesus, and Rick was going to get him to the church.

Erika and her family have taken every care and precaution to protect their boy, along with supportive extended family and officials that are watching like hawks.   They know now that cult leaders and deacons apparently will do anything to get what they want.  One of their stars, Rick Trudeau, has even made that clear to a judge – “they are above State and Federal laws and submit to God first, not the Judge.”  Really?

With all the spiritually-distorted mind control and ongoing seduction going on with Church of Wells members, my bet is many or most of the church members are now what I would call ‘Patty.’  I define this as ‘halfway to Patty Hearst and the Stockholm syndrome.’  Many others, especially moving into elder and deacon roles, are already ‘Patty Hearsts,’100% brainwashed and committed to the deception.  Frightfully, these members will do anything they are told, legal or illegal, moral or immoral, dangerous or even lethal. They are above the law.

If the heat gets too hot for the Church of Wells, will the devoted members even submit to ‘the Kool-Aid?”  A better idea is for members reading this is to open up a Diet Coke and get out before it is too late.

Those who are still ‘Patty’ and not completely ‘Patty Hearst’ yet and have 50% of their brain, spirit and heart left, you need to find the courage to get out.  Jesus will be waiting for you outside of ‘Church of Wells.’

Find a way to get to a real phone in town and call this number if you want to leave: 206-984-6859. Don’t announce what you are doing, just be cool and get to a private phone or private email somewhere in town. Leave a message and a phone number for someone to call you back AND SOMEONE SAFE WILL GET BACK TO YOU SHORTLY AND GET YOU OUT. THIS IS YOUR CHANCE…NOW MOVE.

One ‘Church of Wells’ Deacon Threatens to Kill if He Doesn’t Get His Way added on Monday, January 27, 2014