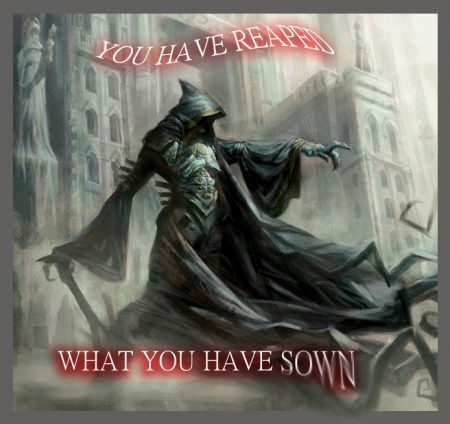 (Jan. 22, 2014) — This was Right to Life Sunday, which prompted a multitude of sermons from pulpits nationwide.  The rights and wrongs of Roe v. Wade have been disputed endlessly and many assume that not much else can be said on the subject. They would be wrong. First, I would like to thank Pastor Doug Thuen of Sparta Evangelical Free Church in NJ for helping me to think outside of the box on this issue.

A year ago I was being interviewed by a Christian radio station that broadcasts primarily into urban districts.  I knew the two men interviewing me to be committed Christians and passionately pro-life.  When they asked me if I used a litmus test and only voted for pro-life candidates, I responded with a strong YES. I was surprised by their surprise. To be clear, a litmus test is more than a chemical test for acidity; it is also a test that uses a single indicator to prompt a decision.  In my case, whether or not a candidate is pro-life is a single indicator that I use to prompt my decision about whether or not to vote for them.  In other words, for me it is the canary in the coal mine that alerts us to problems that we may not be able to see, hear, or smell. Let me explain why.

A true liberal is liberal on a variety of issues, including but not limited to the following:

To confirm this, all one has to do is revisit the comments made by Governor Andrew Cuomo this weekend, wherein he stated that anyone who was pro-life, pro-second amendment, and pro-traditional marriage didn’t belong in New York State.  He is the poster boy for the intolerance of the self-proclaimed “tolerant.”  Those who voted for him in New York shouldn’t be surprised by his intolerance.  It is typical of those with a liberal mindset.

As has always been the case, the problem for voters is discerning where a candidate truly stands as opposed to their campaign speak.  We frequently hear statements like, “I am personally pro-life but I believe a woman has the right to choose” but fail to realize that this is an indication of several root problems that usually go unnoticed.

First, if a candidate truly is pro-life, this should mean that they believe that killing a baby in its mother’s womb is morally wrong and that the life of the child has value.  If we think this statement through, we may come to the realization that this candidate is unacceptable for several reasons:

This makes them either misguided, astoundingly hypocritical,
or liars.
Not admirable traits for any public official at any level.

On the other hand, candidates who flat out state that they are pro-choice (or I should say “pro-infanticide?”), usually support all the issues listed above – even though they might not be willing to admit it.  So, should we be surprised when a young state senator votes to discard babies who survive abortions and later as president goes to a fundraiser after learning that our embassy in Benghazi is under attack and lives are at stake?  Or should we be surprised when the same man dishonors the service of our troops by cutting their benefits while he enjoys the good life as if he were royalty? Disrespect for human life at all levels is a real indicator of a soullessness that is foreign to most of us.These people have always existed, but they never existed with such multitude as representatives of the American people as they do now – and this is our fault.  It is our fault because we haven’t understood all the ramifications of being pro-choice.

The problems regarding representatives who fail to understand their responsibility as representatives of a free and liberty-loving people do not stop at the doors of the White House.  These problems echo loudly in the halls of Congress as well.  Because we have neglected to use the pro-life litmus test, we have elected men and women who compromise their values, who are hypocrites, who prefer a global government to a sovereign government; who lie to us to benefit their own careers, and who don’t have a clue about how a government of the people, by the people and for the people is supposed to function.

So, to those who would mock me for using a litmus test or who would say I am a one-issue voter, I say stop accepting the politically correct jargon of the day and start thinking. A litmus test may just be the single indicator we need to help us make the critical decision regarding who deserves our vote. Consider that candidates who accept killing the innocent won’t give a second thought about killing you, if it gets them votes.  Frankly, I can think of no better litmus test for those asking for my vote than whether or not they are pro-life.

Note from TPATH:
It is with great pleasure and admiration that we here at TPATH have the privilege of having RoseAnn as a contributing  commentator.   As inspiring and informative many of her articles have been, this, by far is the most prescient and enlightening.

The author writes in a paragraph above that “we are responsible” for much that has occurred.  Being the selfless person she is, the collective “we” is not a category she belongs in.  She has been fighting the good fight for many years.

Finally as an additional note regarding the base theme of her article.  The human race this past week has just set a milestone which each and every participant thereof, as well as many others in all areas of legislation, adjudication and so called medical practice will ultimately have to answer to our Creator.  America has just reached a repulsive pinnacle.  This week, the murder count, of His children, has totaled an official 55,000,000.
End Editor’s Note