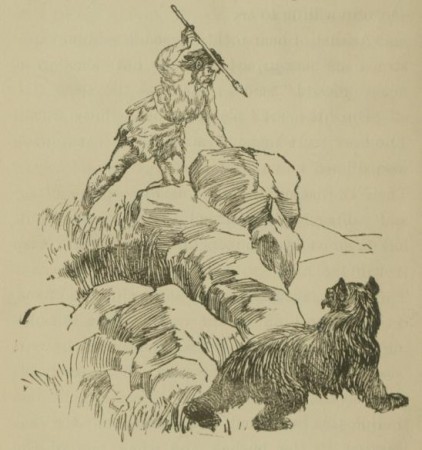 (Jan. 14, 2014) — Go back in time, far back, back further than you’ve ever gone before, back to the time when being concerned of being eaten by a giant cat was an everyday concern, when you hunted and gathered in groups, for to venture out alone was a one-way trip.

Eventually the group became a clan, then a tribe, and then a country where your ancestors mingled and maybe were neighbors with mine: it’s a small world, after all.

On September 11, 2001, our nation mourned the senseless murder of our friends and neighbors, and each of us imagined what it must have been like being in an elevator doused with flaming fuel or being crushed to death by a collapsing building or a plane being compacted into an accordion.

One doesn’t have to be a Master of a martial art to have learned the ability to “slow down” time. When the adrenaline kicks in, our perception of reality changes drastically and we can see things in “slow motion,” yet retain the amazing ability to act with lightning speed, thanks to adrenaline.

Of all who died that fateful day, none died in their sleep. Each one was wide awake and, chances are, most had no idea it was all caused by psychopathic men from the Middle East who had no business in our country in the first place. The blame for 9-11 rests squarely on the shoulders of those who we’ve hired to protect us and who failed to do their job.

And, still, today, those who we’ve hired to protect us are STILL continuing to NOT do their job. The Department of Homeland Security will not deport illegal immigrants and Muslims because it is nothing but a bunch of bottom-dwellers who grab tax dollars and give nothing in return. The IRS steals from the taxpayers and pays itself, including benefits and pensions, from the very money they’ve stolen.

Face it:  our nation’s police forces are becoming indistinguishable from the Nazi Gestapo. They kill and then they walk. End of story. You figure it out. We hire from the gutter and don’t ask their history. We want our police force to have criminal records, maybe assault felony convictions, because that’s what we have now:  SWAT teams just itching to destroy and acting like the very terrorists from which they’re supposed to protect us. It’s been said before: same coin, different sides. Go ahead, flip it: Hillary “Benghazi” Clinton or some Republican lackey.

We have the ability to set our own course for better tomorrows. We better use our brains and accomplish what we must.  Repeal Obamacare to start.

In the Footsteps of Those before Us added on Tuesday, January 14, 2014

One Response to "In the Footsteps of Those before Us"