I am reminded of the words of Ben Franklin on this Thanksgiving holiday:

Those who sacrifice liberty for security deserve neither.

A personal note from me to you on this Thanksgiving:

As many of you know, I was born and raised on Boston’s North Shore. When I watched what happened after last April’s Boston Marathon bombing — i.e. SWAT teams and militarized police going door to door in Boston’s Watertown, rousting people from their homes so that militarized police could enter — WITHOUT a search warrant — to search their homes for the surviving suspect (Dzhokhar Tsarnaev), I was stunned. 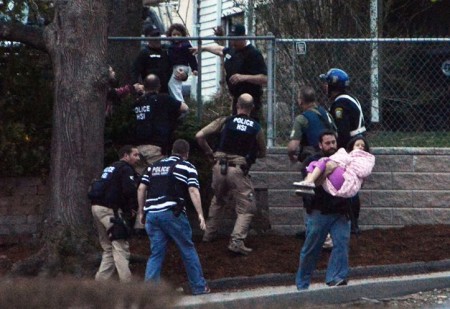 What has happened to Boston — the storied home of the original tea party and the “shot heard ’round the world’ from Concord-Lexington that began the long and bloody fight from a tyrannical government?

What our nation witnessed in Watertown was a blatant and very public view of Boston citizens’ 4th Amendment Rights being given up WILLINGLY to “help the cops” find “the bomber.”

Please watch this short video of a Massachusetts Iraq war vet explain what is happening – how the Obama Administration is deliberately shrinking and diminishing our US military forces as it builds a domestic army here on our soil under the auspices of “Homeland Security.”  Ask yourself why. 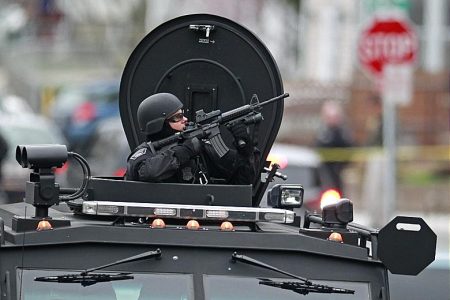 And as you gather with your loved ones to give thanks this Thursday, please understand what is at stake. We face ever-growing tyranny from Washington, DC, and our state and local governments.

From our declaration of independence from tyrannical rule:

“That whenever any form of government becomes destructive to these ends, it is the right of the people to alter or to abolish it, and to institute new government, laying its foundation on such principles and organizing its powers in such form, as to them shall seem most likely to effect their safety and happiness… But when a long train of abuses and usurpations, pursuing invariably the same object evinces a design to reduce them under absolute despotism, it is their right, it is their duty, to throw off such government, and to provide new guards for their future security.”

During this Thanksgiving weekend, please reacquaint yourself with the words of our Constitution — the RIGHTS we inherited from our forefathers’ struggle against an elite and oppressive ruling class. Explain the Constitution to your children so they understand too. We (and younger generations) cannot protect what we don’t know we have. 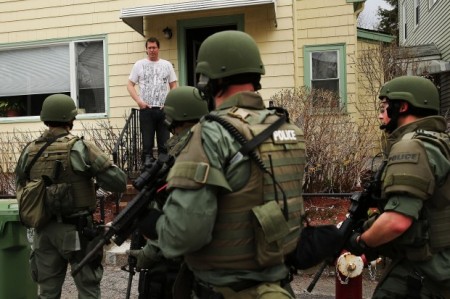 Were we to ask the folks of Watertown if they knew what they were so willingly giving up, how many of them could have answered…?

Fourth Amendment
to the U.S. Constitution

The right of the people to be secure in their persons, houses, papers, and effects, against unreasonable searches and seizures, shall not be violated, and no warrants shall issue, but upon probable cause, supported by oath or affirmation, and particularly describing the place to be searched, and the persons or things to be seized.

Our Constitutional rights are NOT optional.  Nor are they to be ignored and trampled by our tax-paid government employees at ANY level.

Ignorance is not bliss.  We either protect our rights and throw off this tyrannical government, or suffer the consequences.

“If ye love wealth better than liberty, the tranquility of servitude better than the animating contest of freedom, go home from us in peace. We ask not your counsels or arms. Crouch down and lick the hands which feed you. May your chains set lightly upon you, and may posterity forget that ye were our countrymen.”  ― Samuel Adams

God bless you and all of yours as we give thanks for our blessings and pledge to protect that which is precious and so hard-fought just a cannon volley away from Watertown 238 years ago. 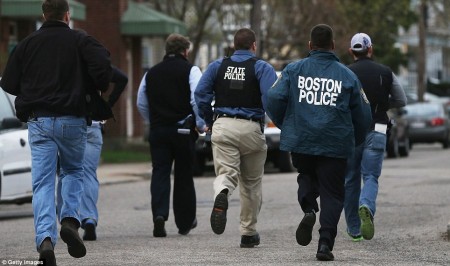 One Response to "Thanksgiving Message from Andrea Shea King pb"