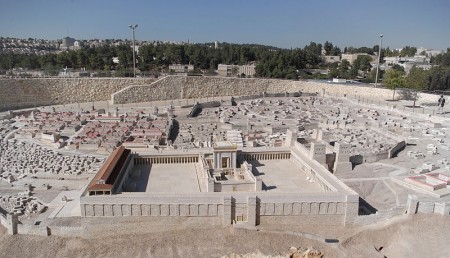 (Nov. 26, 2013) — There’s a loose-knit group, made-up of Muslims who believe that they are “Palestinians,” as if they are somehow connected to a land called “Palestine” when, in fact, all they are is the discarded people from a land that could’ve been a paradise but all it remained was a stench-ridden landfill because of sloth and envy.

After the Jews kicked all the lazy good-for-nothing bums out of Israel, fields of green and rows of fruit trees blossomed, but it wasn’t easy. It was years of hard work, of sweat and tears, of blisters and aching backs. Years of toil, and all the while keeping a weather-eye open for thugs and murders, of low-life people who create mayhem using a made-up excuse that their ticket to paradise is to break God’s Laws.

The latest ridiculousness going around is that the Muslims want control of half of Jerusalem, as if that will somehow improve their sorry lot in life. Look, if you live by the sword, don’t whine about an F-16.

Today half of the “City of Love,” tomorrow the other half, and so it goes, until every last Jew has been killed and the fields of green have withered and the orchards cut down for firewood, for electricity and every other invention by the Infidels are an abomination. Women shall not be taught how to read and write, and it takes two women to act as a witness if one man can’t be available. Welcome the Dark Ages; welcome the stench of a landfill, the blood of animals covering the walkways and roadways throughout the Land of Milk and Honey.

No, I don’t think so. On one side there are green fields, music, laughter; on the other side of the wall, dust, dirt, stench, fear and hate; revenge; smite; killing; suicide bombers, targeting school buses and kindergarteners, targeting the defenseless. There’s no better proof of the depths of atrocities than the murders of the school children in Chechnya.

Compare the accomplishments of the people on either side of “The Wall” barrier, and you can readily see that one side’s philosophy is one of advancement, improvement, of going forward in time, while the other is nothing but a disappointment: static, never changing since the 1600’s, caught in a time warp where ignorance is the ruling and dominant force.

Build the Temple, eradicate any reminder of a philosophy that is based on hate and murder. If the other side wants to talk, they MUST talk turkey or forever hold their peace, for their tongues lie and their brand of peace means death.