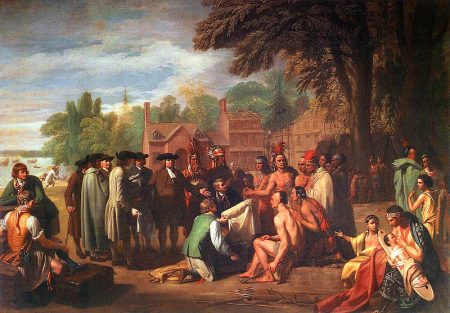 (Nov. 20, 2013) — It’s interesting, but no matter where an American travels, you find America. We are a collection of diverse people that share a common goal: freedom for one means freedom for all. We do not bow and lower our heads to another, for we are all equal under the cloak of our Constitution. We have rights that we share equally and are more than willing to share with others as long as they respect our laws and pay homage to our flag, which represents the conflicts we’ve fought to achieve what has been searched for and dreamt of for thousands of years: to live without undue interference from any outside source, starting with our own government.

To the concept of ownership goes great responsibility. The American Indian was caught unaware at the white man’s belief that a person can “own” land, that a person can be arrested for “trespassing,” and that a person can destroy what once was considered “sacred.”  There are uncountable instances where the greed and stupidity of man has done great harm and disservice to us all.

There once was a great rose bush that became as large as a mighty oak tree in Washington State, but was cut down, roots pulled up to straighten an on-ramp to a freeway.  The same thing occurred in Boca Raton, FL with a tree that must have been the home of thousands of birds and lizards. There was a beautiful city park in Lantana, FL that had hundred-year-old oak trees, only to be cut down and replaced with palm trees to make the park in the image of what the tourists expect Florida to look like.

We clear-cut our forests, but we also clear-cut a small housing development or, in some instances, one house. We take water from a lake or river and what we put back is polluted. We burn items that introduce acid rain.

We’ve destroyed and polluted our nest, and even though the white man defeated the American Indian on the warpath, it turns out that the white man never listened to their brothers, never learned one darn thing from the Indian, a people who lived in harmony with nature.

What it means to be an American is to be responsible and own up to it. We have a lot to be proud of. We saved the world from Fascism during World War II and saw the defeat of the USSR. On the whole, we’ve done fairly well, but not good enough.

We have the world’s best document for people to live in peace and harmony, to enjoy the freedoms that were so gallantly won, but we lost our way. We forgot how it was to be slaves, to be subjected to unreasonable searches and seizures. We forgot that, just yesterday, Germany had the Gestapo doing whatever they wished, while today we’ve allowed our government to act the same, discarding our freedoms for a false sense of security.

We have veterans who no longer honor their Oath to the Constitution, as if there was an expiration date on being a responsible citizen. We have politicians turning their backs on their Oath, too, in allowing a non-vetted person to become the President. We have marginally-ethical people running our election boards, allowing names to be placed on the ballot when they should not be.

So what does it mean to be an American? To leave the land either as we found it or better. Since Obama and his Socialist Army, our land is not better off, nor has it improved. We are worse off than ever before.

What it Means to be an American added on Wednesday, November 20, 2013