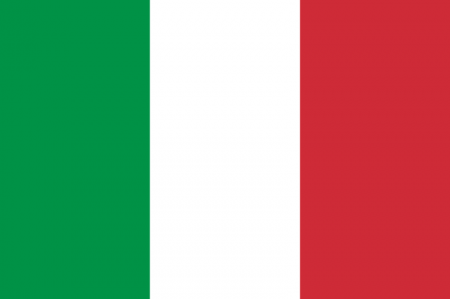 (Sep. 27, 2013) — “Politicians are people who, when they see light at the end of the tunnel, go out and buy some more tunnel.”  John Quinton, UK George Cross recipient

Nowhere is the art of bureaucratic precaution and obfuscation practiced with greater enthusiasm and single-minded efficiency than in Europe. And nowhere is this more in evidence than in Europe’s battle against technological progress in farming.

The following true saga captures the insanity, hypocrisy and tyranny of Europe’s war on chemicals and biotechnology. Lewis Carroll would have been proud to have authored it. The tale would be hilarious, if it were not so costly to so many. The situation certainly has gotten “curiouser and curiouser” with every passing year.

Highly nutritious corn (maize) has been produced in sunny Italy since it was first imported from the New World almost five centuries ago. Corn provides a lucrative export to countries with less temperate climates that cannot grow it. When it comes to staple crops, it has been as important a staple to the Italian agricultural economy as potatoes are to Ireland and Idaho. At least it was, until a few years ago.

No one knows for certain when the tiny moth Pyrausta nubilalis (aka the European corn borer) started eating its way through Italy’s cornfields. Compounding matters, the pest’s feces provide fodder for a bevy of microscopic fungi, which release some of the most lethal natural poisons known to man, such as pathogenic fumonisins, which can cause permanent neurological damage in human fetuses.

In spite of this threat, Tiberio Rabboni, chai­rman of Emilia-Romagna, one of Italy’s most important regional agricultural departments, insisted for the longest time that only traditional, organic methods be used to fight this plague. However, he never explained exactly what these methods were. He couldn’t.

Rabboni has never run a farm, never even worked on one. And yet, even though this challenging situation cried out for a sophisticated, scientific response, he has been intransigent in his rabid support of organic farming to the exclusion of all else.

Eventually, Rabboni conceded that synthetic pesticides should probably be used. But the only pesticides approved for use in Europe had proven ineffective. So he indicated he was willing to ignore and not punish farmers who might resort to using chemicals that science oversight bodies worldwide have deemed safe and are routinely used in North America. The chemicals are nonetheless deemed “dangerous” and thus banned by EU authorities, who are guided by the precautionary principle.

Then in July, just as Rabonni was relenting on which chemicals might be used against the corn borer, Italy became the ninth EU country to slam the door shut on any possibility of allowing its farmers to grow GM (genetically modified) corn, although the corn had previously never been grown officially.

Corn farmers in North America no longer face problems like this. In addition to having a longer list of approved chemicals at their disposal, farmers grow GM varieties of corn that are resistant to this pesky parasite. That means fewer chemicals need to be used per acre to protect against pests. As an added bonus, today’s pest resistant corn varieties are also drought tolerant.

According to Italian academician Antonio Saltini, author of the four-volume work Storico delle scienze agrarie (History of agrarian sciences in Western civilization), GM corn became all the more enticing to Italy’s farmers three years ago when drought struck. What little corn survived the corn borer produced withered kernels that were very low in starch, rendering them unsuitable even for animal consumption.

In turn, and because of the drought, moth populations grew exponentially, breeding even more lethal pathogens that feed upon their feces, and thus more fumonisin. But since GM crops are banned in Europe, there was no way lifelong bureaucrat Rabboni was even going to consider making an exception.

Chemicals – even those prohibited in Europe – could be used in emergencies, but not any of the scientific community’s most recent agricultural advancements. Farmers pleaded with Rabboni and the rest of Europe’s white-collar policy makers to be allowed to use GM corn, to no avail. And with only rare exceptions like Saltini, the academic community remained largely silent.

Rabboni proclaimed instead that crops that had not suffered as badly could perhaps be blended with fumonisin-infected toxic crops to make them minimally acceptable to feed to pigs. But when scientists started testing, they realized the majority of Italy’s corn was too toxic even for animal feed. And so, after months of secret negotiations with other agricultural bureaucrats, Rabboni made a rather telling decision:

“Clean” corn could be imported from America to mix with Italy’s toxic corn. But most of America’s corn is GM. So now the same GM corn that Italian farmers are not allowed to grow was to be given an exemption and permitted to be blended with Italian corn, in order to bring overall toxicity levels down to a degree acceptable to feed to animals.

This decision caused great consternation for farmers, not just in Italy, but throughout Europe. After all, if GM feed corn could be imported, why not let European farmers just grow it themselves and avoid these problems in the first place? Indeed, farmers in the Czech Republic, Spain, Portugal, Romani and Slovakia do grow transgenic corn under a confusing array of highly-bureaucratic special exemptions. Not so in Italy though, nor in the lion’s share of the rest of Europe.

Therefore, amidst a firestorm of controversy and accusations of hypocrisy, Rabboni made yet one more pronouncement on everyone’s behalf: Italy’s seriously compromised corn harvest would not be cut with healthy GM corn from America, after all. Instead, it would all go to energy production. Controversy resolved, sort of.

The twisted, arbitrary executive decisions left a huge gap in the core of Italy’s agricultural economy. What were farmers supposed to feed their pigs? And what would become of next year’s supply of prosciutto, if pigs were simply shot and buried due to a lack of feed? So Rabboni then made his last and most ironic decision amid this crisis. GM corn could indeed be imported from America after all, not to be blended with Italy’s contaminated corn, but simply to be fed directly to Italy’s pigs.

It was not merely the fact that an Italian bureaucrat decided to import an otherwise banned GM crop from America that was so ironic. In addition to the special exemptions granted on a case-by-case basis to Czech, Spanish, Portuguese and Slovakian farmers, countries throughout Europe, including Italy, have imported GM corn from America in the past under a whole different array of special, case-by-case exemptions granted on a strictly controlled basis by bureaucrats in Brussels.

What made Rabboni’s final decision so hypocritical, and frankly absurd, were the sheer quantities involved and the astronomical expense for an already overextended Italian treasury.

Because drought had also hit the United States, combined with massive subsidies to the American ethanol industry that relies on corn as feedstock, the price of American corn had risen steadily over the prior few years. Thus not only did Italy import 300 percent more American corn than it had at any other time, it paid triple the price to American farmers, sending feed and thus pork prices skyrocketing.

Meanwhile, Italian farmers, who are not allowed so much as a single GM seed on their farms, watched the fruits of their labor go for mere cents on the euro, to be burned for electricity. All just so Europe’s time-honored ban on a perfectly safe, proven technology could be upheld on ideological grounds.

To this day, it is not known just how much of Italy’s corn production went to animal feed, how much for energy production, and how much was simply destroyed when the cost of the energy required to transport it to an electrical-generating facility exceeded the value of the electricity it would produce.

The quantity of Italian corn that will be buried in the ground this year is simply not deemed a topic appropriate to discuss in polite circles, especially when policy makers in Europe remain faithful in their conviction that genetic engineering is the devil’s work, no matter what farmers themselves might think.

The aforementioned Italian agrarian academic Saltini aptly summed up the bizarre predicament. “Many politicians in Italy take it as a rule,” he observed, “that convenience determines truth. What is convenient guarantees consensus, votes and power, while something which might be received with skepticism or aversion cannot possibly be true. For any true son of Machiavelli, what is true must be useful.”

Sadly for the people of Italy, the embrace of anti-technological agrarian ideology provides few if any benefits to farmers or consumers. Meanwhile bureaucrats thrive – this huge army of apparatchiks, most of whom have never worked a day on a farm, but earn a sumptuous living off the backs of those who do. They are an army of white-collar statists who, in the words of American author Robert Zubrin, are really nothing more than antihuman “merchants of despair.”

In broader terms, Samuel Adams put it best when he warned, “If ever time should come, when vain and aspiring men shall possess the highest seats in Government, our country will stand in need of its experienced patriots to prevent its ruin.” Evidently, there is a severe lack of Garibaldi patriots in Italy these days. And a severe lack of corn.
___________
Mischa Popoff is a former organic farmer and Advanced Organic Farm and Process Inspector who worked on contract under the USDA’s National Organic Program. He is a policy analyst with the Heartland Institute, Frontier Centre for Public Policy and Committee For A Constructive Tomorrow, and author of Is it Organic?  This article is reposted with permission from The Genetic Literacy Project.