The Day that San Diego ALMOST Bought the Farm 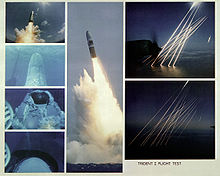 (Sep. 24, 2013) — The keel was laid while World War II was in full swing, but by the time the ship was launched, the war was over. So here the Navy has a brand new cruiser that is already outdated, so they remove the rear six-inch turret and replace it with a missile launcher. Presto! A modern up-to-date man-o-war sails the high seas.

A front-line guided missile cruiser is a fearsome weapon system and must be maintained at 100%, which means the marriage between the ship’s radar, launcher, and missile firing circuits must be tested daily to insure reliability.  Anything less than perfection is not permitted; therefore, constant checking and testing is required.

But one cannot reasonably test a live missile every day, especially when they can cost a million dollars each, depending on the type of warhead. So, in order to conduct a test of the weapons system, the missile that is run out onto the launcher is a designated test missile, a missile that is exactly like a real live missile except it lacks the propellant for the solid rocket booster, the fuel for the ram jet engine, and a live warhead. However, all of the firing circuits and associated electronics are similar to a regular missile.

Every morning, at sea or in port, weapons systems are tested, and on a particular December day, while the ship was tied up at Coronado Island, a missile test is about to get under way. Let’s join in and see how it goes.

We’re in the “Wing and Fin” area of the missile house, where the wings and fins are attached to the missile after it comes out of the RSM (Ready Service Magazine).

A young man, a Missile Technician, is addressing three “Old Salts,” royally hung-over Gunnermates, whose job, on this particular morning, is to deliver a test missile, adorned with its wings and fins, onto the launcher when the order is given.

“Guys, this is how it is. Everyone else in the chain of command is at home or Christmas shopping, so I’m the Missile Officer of the Day. I’ll be calling the shots. I’ll be the one to make the “ALL SAFE” call to open the blast doors and start the test. Let’s make this quick and smooth, okay?”

We see the “Missile Officer” out on the fantail, making sure there’s no one around the blast doors or the launcher. He’s in communication with the radar guys who have tracked an incoming 707 passenger plane approaching Lindbergh Field. Upon receiving word that the radar has a “lock” on the passenger plane, our “Missile Officer” tells the guys in the “Wing and Fin” area to deliver the test missile to the launcher via a hard-wire communication system.

The klaxon sounds, a 125-decibel warning that the blast doors are about to open, and open they do, as a flower petal opens, 12 tons of solid steel each, opening in a second, propelled by massive high-pressure hydraulic lines, and out comes the missile riding on a monorail onto the launcher.

Yikes! Our missile officer is yelling into the phone set, but, you know it, the phone is dead. So our young man takes off running, running as fast as he’s ever run while in Track in high school, faster than any human has ever run in the history of mankind, running and yelling “GANG WAY!!! GANG WAY!!!”

He runs down the length of the missile house, down the ladder and across the mess decks, full-speed, screaming “GANG WAY!!!” and gang-way they do, jumping out of the way, an instant before being run over, crushed, broken bones. But everybody moves, and he gets to the Marine Guard Post, flashes his identity card, and says “I’ve about ten seconds before the missile is launched; I’ve got to get up there NOW!”

The Marine senses that this isn’t any trick and lets him run up the ladder where he can hear “Get it back in, you idiots! You’ve put a live nuke out there, bring it in, NOW!”

It was a sure cure for a hangover, apparently, because they did as ordered and brought the missile back into the “Wing and Fin” area, and when they saw that it was indeed a live missile with a nuclear warhead, they went as white as that young missile officer.

Had that missile fired, we would’ve had one downed airliner and one nuclear warhead lying on the ground (because it wasn’t armed), but, nevertheless, it would’ve been a “Day that San Diego Remembered.”

The Day that San Diego ALMOST Bought the Farm added on Tuesday, September 24, 2013